The collapse of a schoolhouse puts pressure on Amish families and their long-held educational values.

Ella Hilty anticipates marrying Gideon Wittner and becoming a mother to his children. In a whirling clash of values, Ella seeks the solid ground that seems to have slipped away.

Margaret Simpson, an English schoolteacher, wonders if she is losing her last chance at love. As the local authorities draw lines in the sand, Margaret puts romance at risk one final time.

All eyes turn to Ella to make a sacrifice and accept a challenge that can bring unity to the Amish and understanding to the English.

The battle for balance between one’s religious freedom and submission to the law is a timely one. This plot could easily be set in contemporary society, but Olivia Newport’s newest novel Brightest and Best takes place in 1918 Ohio. Based on a conglomeration of historical accounts, this third book in the Amish Turns of Time series follows the events set in motion after the disrepair of a rural one-room schoolhouse.  Rather than rebuild, the superintendent tells the Amish community that they will need to send their children to the consolidated school in the nearby town, leaving the parents frustrated at his arrogant dismissal of their concerns related to their religious beliefs and practices. When they prayerfully decide to take matters into their own hands, the results are more staggering than they could have foreseen. In the midst of the unrest, two unlikely women are called to take a stand for what’s right – and in the process they may each be forced to give up more than they wanted.

Sure to be a favorite among fans of the series, Brightest and Best is a much less heavy read than the first two books – perhaps because the conflict comes from outside the community rather than inside.  It also differs from its predecessors in having less of a vignette feel to the chapters and more of a connected-story-moving-the-plot-along structure. While it does not have as many humorous situations as Meek and Mild (Andrew driving the Model T, anyone?), Brightest and Best does provide plenty of opportunity for smiles.  Margaret’s attempts to find a word for the Amish situation besides “problem”, for example, and Ms. Newport’s way of making each new attempt appear subtly on the page will bring grins as well as a break from gritting one’s teeth in frustration at the town officials!

As always, Olivia Newport’s words are beautifully crafted and her plot intriguing.  Emotion-tugging subplots serve as the perfect backdrop for themes like sacrifice, courage, and enduring love.  A little mystery is even thrown in as well. Above it all rings the overarching message that everyone in today’s world needs to hear – it is wise and beneficial to learn to see life through someone else’s eyes.

Although many characters make up the playbill for Brightest and Best, a few stand out vividly from among the pack. The Amish teenager who will do anything to continue his schooling. The young widower suddenly thrust into a leadership role. The schoolteacher who refuses to cater to injustice. The fatherly uncle who would have made a good secret agent. The bride-to-be bookworm asked to give her community more than she ever planned. Readers will wish these characters were their own neighbors and friends, so rich are their personalities.

Bottom Line: Brightest and Best is a fitting novel in light of current events, but it is also a truly enjoyable read.  Subtle humor, endearing characters, and an inspiring story all combine together to ensure its place as a top pick for both historical and Amish fiction fans.

(I received a copy of this book in exchange for only my honest review.  This review also appeared in the August issue of Family Fiction magazine.) 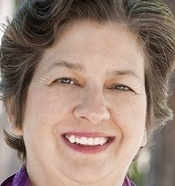 Olivia Newport’s novels twist through time to find where faith and passions meet. Her husband and two twenty something children provide welcome distraction from the people stomping through her head on their way into her books. She chases joy in stunning Colorado at the foot of the Rockies, where day lilies grow as tall as she is. You can connect with Olivia at her website, Facebook, and Twitter.

Other Books by Olivia Newport

3 responses to “Book Review: Brightest and Best by Olivia Newport”