“You should be kissed and often, and by someone who knows how.” ~Gone With the Wind

“Is this a kissing book?” ~ The Princess Bride

Class is in session today for Top Ten Tuesday! And, since I’m a teacher in my other life, I couldn’t be happier. Grab your notebooks and a trusty pen, and let’s get started on the top ten titles I would use if I taught a Kissing Books 101 class. (Can you even imagine how difficult it would be to concentrate in that class??? LOL… although I would venture a guess that no one would complain about reading the homework!) The best part about all of these titles? They are all clean romances. But “clean” doesn’t translate into “lack of heat”. No ma’am. No indeed. No sir.

Is everyone here? Ok, let’s begin 🙂

The Thorn Bearer by Pepper Basham 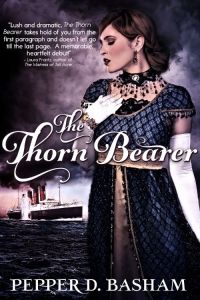 His mouth touched hers.  Warm and sweet poured through him, stirring more than fire, but a sense of coming home.  He drew back only to return and take another taste, an innocent and satisfying savor.

And that’s actually nothing compared to the kissing scenes in Pepper’s two upcoming releases – The Thorn Keeper (sequel to The Thorn Bearer) and Twist of Faith (a contemporary romance due out in December).  Seriously.  Be prepared to drift into a slightly incoherent state while reading either of these books.

A Bride At Last by Melissa Jagears 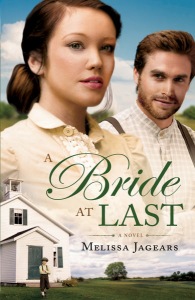 He caught her waist faster than he could lasso a sleeping calf and cut off her words with his mouth…He’d expected some sizzle – either from her fists or her lips – being the firebrand that she was, but the magnetic draw was an unexpected shock. The second his lips touched hers, his free hand cupped her long neck, which arched backward to accommodate his height.  His thumb ran along the smooth curve of her throat as his body closed the gap between them.  He dropped his hat to bury his fingers into her hair and pull her closer.

When she began to enter her room, he grabbed her hand, hauled her to his room, shoved his door closed, pulled her against him, and took her mouth with his. Great Caesar’s ghost, but her lips were soft.

The Huntress of Thornbeck Forest by Melanie Dickerson

Before he could let his reason take over, he pressed his lips against hers. A tiny sound escaped her throat, and his mind seemed to leave him entirely. He cupped her cheek in his hand and pulled her mouth full against his.

When he bent his head toward hers, she stopped thinking and succumbed to the force that pulled them together, as strong and irresistible as gravity. Their lips met, just the lightest touch, but it was enough to send a zing of electricity across every nerve ending.

[He] bent his head and captured the startled little sound that escaped her parted lips. His emotions were too raw, too close to the surface to contain, so he kissed her with everything inside him. Desire, fear, yearning, and a touch of desperation fueled his passion. He melded his mouth to hers, trailing his hand upward along her back until his fingers buried themselves in the hair at her nape.

Meant to Be Mine by Becky Wade

He kissed her. And not lightly. The feel of his lips! The taste of him. It all came back to her in a rush of memories.  The breath-stealing power of it. The wildness of her own reaction.

Honestly, if I could have gotten away with it, I would have quoted the entire scene leading up to that kiss. That snippet really doesn’t do it justice. In fact, I got much too distracted reading it to find just the right part to quote lol.

Until I Found You by Victoria Bylin 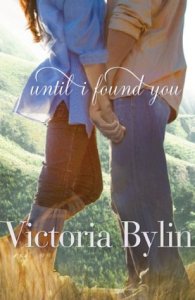 His mouth found hers and he kissed her … tenderly … thoroughly. There were no questions in the kiss, only an answer.

A Cowboy’s Touch by Denise Hunter

His hat nudged her forehead, tipping back as he deepened the kiss and drew her closer. His jaw was rough against her palm, and she savored the feel of it before slipping her fingers through the soft waves at his nape and straight up through the back of his hair.  His hat hit the ground.

The Girl in the Gatehouse by Julie Klassen

The tip of his nose touched hers.  He angled his head, lowering yet closer.  His mouth dipped nearer, ever nearer to hers.  She could not breathe. Could not move. His lips touched hers, and a flood of warmth filled her chest and made pudding of her knees.  He pulled back only slightly and looked into her face.  His brown eyes were warm, his pupils large black orbs.

“There is no kiss,” she said breathlessly, “in the script.”

One side of his mouth lifted.  “There should be.”

Whew! Anyone have a fan? Alternate source of oxygen? A fainting couch?

What about you – What books would be on your syllabus if you taught a class on Kissing Books 101? Fortunately for romantics like me, there are plenty of options!

Top Ten Tuesday is a weekly blog linkup hosted by The Broke and the Bookish.