Did I mention yet that The Hesitant Heiress is now available in PAPERBACK???!!!!???

I feel sure I did.

In fact, I know I did – my Hesitant Heiress review

To continue the celebration festivities, I invited author (and ACFW Carol Award finalist) Dawn Crandall to stop by the blog for a chat.  She’s incredibly gracious and super-fun, y’all! And she deserves every ounce of accolades that her books receive!

Of course I started her out with our traditional “fast four”…

Dawn: Enh, I like and dislike them both at intervals.

Me: You are so right.  As much as I love Skittles, yuck!

Dawn: I really like a good dog, but I have three cats, so I’d better answer, CATS. I can basically forget all about them, and they wouldn’t care. Sometimes they forget all about me too. It’s a good set up we have going on.

Me: Zuzu isn’t sure how to take your answer. On the one hand, you like dogs… but you picked CATS lol. 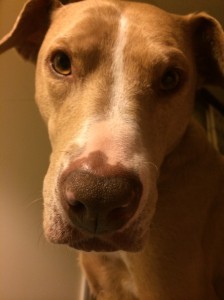 Me: We will have to agree to disagree 😉

On to the questions that have… you know… meaning lol

Me: I’ve read this story in other interviews (during my persistent quest to collect all three of your books lol) but I think it’s just so sweet and such a God-thing.  For my blog readers who aren’t aware, tell us how you got started writing novels.

Dawn: Ever since I was in 4th grade, the idea of writing a book has appealed to 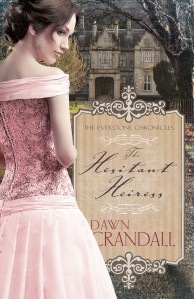 me. I remember my teacher had us choose some contact paper for the “cover” and then bound papers together for us—I thought that was so cool!! And I couldn’t wait to fill it with a story!! Don’t ask me what I ever wrote in that little book, but I do know that from then on my favorite time in school was when we were supposed to write something. 🙂 I never thought of “being a writer” until I was in high school and (finally!) came across the kinds of books that thrilled me to read—Rebecca by Daphne du Maurier, Gone with the Wind by Margaret Mitchell, Little Women by Louisa May Alcott… and then later in college, books by Jane Austen and the Bronte sisters. I’d made up some stories for my friends at the time and wrote out synopsis-like drafts, but nothing beyond that. At that time it was still just a dream of mine that I didn’t know when I’d ever get around to actually being serious about. It wasn’t until I married my husband in my late twenties and he found out the hidden secret of my heart… and believed in me 110% more than I’d ever believed in myself. He eventually had me quit working to focus on writing, and in 2010 I began writing “Amaryllis.” It was pretty clear to me that I was on the right track when I had two offers of agent representation after attending my first ACFW conference in 2011 and then continued to either semi-final or final in the Genesis Contest with all three of my manuscripts in 2012 and 2013 while my series was on submission.

Me: I just adore that story of how everything progressed – from that wonderful teacher who sparked your talent to your husband who nurtured it and supported you.  You are most definitely on the right track!!

How do you juggle writing and being a mom to your absolutely adorable son?

Dawn: It’s been very difficult, actually. My husband has also been busy this year starting his own business while also working full time as a development engineer in the orthopedic field. I stay home with Rhett, but there doesn’t seem to be much time for creative thinking and writing when he’s around. I wrote the last half of The Captive Imposter when he was around 9-11 months old, and it was basically a blur. I’ve been outlining my next books pretty extensively first for a change, because I’ve learned that I just don’t have the time to half-outline and then let everything come to me as I wrote. Hopefully this will help in getting the books written in a timely manner.

Me: Wow! That made me tired reading it lol.  I can’t imagine how you do it all, but I’m so glad you somehow find the time and energy 🙂

Dawn: That was unbelievable. I was in the baby section of Walmart when Casey called. I’ve known Casey from way back in 2011; she was one of the first people to ever read the beginning of THH when I first started writing. I knew right away why she was calling and had goosebumps all over! I couldn’t believe it! I still can hardly believe it! EVERYONE wants to be an ACFW Carol finalist! MY BOOK? My very first book? Unbelievable.

Me: What an awesome and well-deserved honor for you and your first novel!!

PAPERBACKS! Finally! Tell us why and when and where! 🙂

Dawn: Well, I suppose the reason my publisher is releasing them in paperback is because they’ve been so popular as ebooks. AND because there are so many readers out there still without eReaders who want to read them! They were in the process of scheduling the releases for 2016, but because The Hesitant Heiress finaled in the Carol Awards, they moved to the dates by about three months. The dates are:

Me: Yay for paperbacks!!! Look up there – they do exist!! Dawn just got those today, as a matter of fact 🙂

Across the books so far, who has been your favorite character?

Dawn: Every heroine I’ve either just finished writing or I’m in the middle of writing is usually my favorite because I’ve been so immersed in getting to know her and her story.

Me: What is something about you that would surprise your readers?

Dawn: I have ADD in such a terrible way. I always had an awful time in school, did third grade twice and wouldn’t have been able to get into college without finally being put on medication for the last two years of high school. The only things I ever did well in school were drawing and creative writing. 🙂

Me: I am surrounded by people with ADD and they all are so creative! I think there’s a delightful connection there 🙂

Dawn, THANK YOU so very much for taking time out from your busy life to stop by the blog! It is such a blessing to me! Before I let you go, tell us what readers can expect next from you.

Dawn: I’m busy outlining my next series–a continuation of the Everstone’s world in the first series. The next book will be about Violet Hawthorne, a character readers will have met by the time they’ve finished The Captive Imposter. And Violet’s hero is someone else readers will recognize–Vance Everstone. He’s not very good at being heroic, but the situation he finds Violet in makes him at least want to try.

Check out these links for your chance to win a paperback copy of The Hesitant Heiress!

See the giveaway details
at Goodreads.

10 responses to “Author Interview: Dawn Crandall (plus a Giveaway!)”