It is a truth universally acknowledged that we love Jane Austen.  Her romantic heroes are the stuff of internet memes (Hey girl…) and fangirl obsessions galore. But if you’ve read all her books and/or need something new, I have a few favorites I can recommend with much felicity. (Sorry… had to throw that word in there. I am talking about Jane Austen after all lol)

English professor Emma Grant has always done everything just the way her minister father told her she should — a respectable marriage, a teaching job at a good college, and plans for the requisite two children. Life was prodigiously good, as her favorite author Jane Austen might say, until the day Emma finds her husband in bed with another woman. Suddenly, all her romantic notions a la Austen are exposed for the foolish dreams they are. Denied tenure in the wake of the scandal and left penniless by the ensuing divorce, Emma packs up what few worldly possessions she has left and heads to England on a quest to find the missing letters of Jane Austen. Locating the elusive letters, however, isn’t as straightforward as Emma hoped. The owner of the letters proves coy about her prize possessions, sending Emma on a series of Austen-related tasks that bring her closer and closer to the truth, but the sudden reappearance of Emma’s first love makes everything more complicated.

Claire Prescott is a sensible woman who believes in facts and figures, not fairy tales. But when she agrees to present a paper to a summer symposium at Oxford on her ailing sister’s behalf, Claire finds herself thrown into an adventure with a gaggle of Jane Austen-loving women all on the lookout for their Mr. Darcy. Claire isn’t looking for Mr. Anyone. She’s been dating Neil — a nice if a bit negligent — sports fanatic. But when a tall, dark and dashing stranger crosses her path, will the staid Claire suddenly discover her inner romantic heroine? Her chance meeting with a mysterious woman who claims to have an early version of Austen’s Pride and Prejudice — in which Lizzie ends up with someone other than Fitzwilliam Darcy — leads to an astounding discovery about the venerated author’s own struggle to find the right hero for Lizzie Bennett. Neil’s unexpected arrival in Oxford complicates Claire’s journey to finding her own romantic lead. Mr. Darcy Broke My Heart is the story of a woman who finds that love isn’t logical and that a true hero can appear in the most unexpected of places.

The Dashwood Sisters Tell All by Beth Pattillo

Ellen and Mimi Dodge have never been close, but their mother’s dying wish sends them on a walking tour of Hampshire, England, that follows in the footsteps of Jane Austen. Their mother also left them something else: a diary that belonged to Jane’s sister Cassandra. These pages shed light on the secrets that nearly tore the Austen sisters apart and inspired one of the greatest love stories of all time. They also bring Jane to life in a way that no one has ever seen before: through the eyes of her sister. As the Dodge sisters embark on their walking tour, they too are drawn together in ways they never expected. They also discover that Cassandra’s diary holds secrets, and someone doesn’t want Ellen and Mimi to discover the truth. As they stumble on their way toward love, the women learn how Jane and Cassandra Austen inspired the original Marianne and Elinor Dashwood and come to realize that despite their very different personalities, they are a vital part of each other’s happy endings.

Samantha Moore has always hidden behind the words of others―namely, her favorite characters in literature. Now, she will learn to write her own story―by giving that story to a complete stranger. Sam is, to say the least, bookish. An English major of the highest order, her diet has always been Austen, Dickens, and Shakespeare. The problem is, both her prose and conversation tend to be more Elizabeth Bennet than Samantha Moore. But life for the twenty-three-year-old orphan is about to get stranger than fiction. An anonymous, Dickensian benefactor (calling himself Mr. Knightley) offers to put Sam through Northwestern University’s prestigious Medill School of Journalism. There is only one catch: Sam must write frequent letters to the mysterious donor, detailing her progress. As Sam’s dark memory mingles with that of eligible novelist Alex Powell, her letters to Mr. Knightley become increasingly confessional. While Alex draws Sam into a world of warmth and literature that feels like it’s straight out of a book, old secrets are drawn to light. And as Sam learns to love and trust Alex and herself, she learns once again how quickly trust can be broken.

Lizzy and Jane by Katherine Reay

Lizzy and Jane couldn’t be further from Jane Austen’s famous sisters for whom they are named. Elizabeth left her family’s home in Seattle fifteen years ago to pursue her lifelong dream—chefing her own restaurant in New York City. Jane stayed behind to raise a family. Estranged since their mother’s death many years ago, the circumstances of their lives are about to bring them together once again. Known for her absolute command of her culinary domain, Elizabeth’s gifts in the kitchen have begun to elude her. And patrons and reviewers are noticing. In need of some rest and an opportunity to recover her passion for cooking, Elizabeth jumps at the excuse to rush to her sister’s bedside when Jane is diagnosed with cancer. After all, Elizabeth did the same for their mother. Perhaps this time, it will make a difference. As Elizabeth pours her renewed energy into her sister’s care and into her burgeoning interest in Nick, Jane’s handsome coworker, her life begins to evolve from the singular pursuit of her own dream into the beautiful world of family, food, literature, and love that was shattered when she and Jane lost their mother. Will she stay and become Lizzy to her sister’s Jane—and Elizabeth to Nick’s Mr. Darcy—or will she return to the life she has worked so hard to create?

The Everstone Chronicles by Dawn Crandall

My Review of The Hesitant Heiress

The Hesitant Heiress – The only way for Amaryllis to achieve her goal of opening a music academy comes with a high price: Marry within the year to inherit her grandmother’s fortune.  Despite her own misgivings, she soon finds herself quickly falling in love with the most unlikely of men–Nathan Everstone, the envy of every eligible female, whose father has haunted her dreams for the decade following her mother’s tragic death. However, Nathan turns out to be much more than he seems…and everything she never knew she wanted.

The Bound Heart – One accidental kiss from Lawry Hampton. That was all it took to throw Meredyth Summercourt’s world upside down.

The Captive Imposter – For her own protection following the murder of her brother Will, hotel heiress Estella Everstone assumes the alias of Elle Stoneburner and takes a job as companion to an elderly widow. Living below her station in a guise of anonymity has its struggles, but her spirits are buoyed by a newfound friendship with the hotel manager, Dexter Blakeley. When Estella finds herself in need of help, Dexter comes to the rescue with an offer of employment she can’t refuse. As the two interact and open up to each other, Estella feels a growing attraction to Dexter–and increasing discomfort over concealing her identity. Yet, in spite of the false pretense she’s putting forth, she’s never felt freer to be herself than in his presence. But will he still love her when he learns the truth about who she is?

Whispers on the Moor series by Sarah E. Ladd

Beautifully set in Regency England, these romances will sweep you away.

The Heiress of Winterwood – Amelia Barrett gave her word. Keeping it could cost her everything.

The Headmistress of Rosemere – Patience Creighton has devoted her life to running her father’s boarding school. But when the enigmatic master of the estate appears at her door, battered and unconscious, the young headmistress suddenly finds her livelihood—and her heart —in the hands of one dangerously handsome gentleman.

A Lady at Willowgrove Hall – Her secret cloaks her in isolation and loneliness. His secret traps him in a life that is not his own.

The Tutor’s Daughter by Julie Klassen

Emma Smallwood, determined to help her widowed father regain his spirits when his academy fails, agrees to travel with him to the distant Cornwall coast, to the cliff-top manor of a baronet and his four sons. But after they arrive and begin teaching the younger boys, mysterious things begin to happen and danger mounts. Who does Emma hear playing the pianoforte, only to find the music room empty? Who sneaks into her room at night? Who rips a page from her journal, only to return it with a chilling illustration? The baronet’s older sons, Phillip and Henry, wrestle with problems–and secrets–of their own. They both remember Emma Smallwood from their days at her father’s academy. She had been an awkward, studious girl. But now one of them finds himself unexpectedly drawn to her. When the suspicious acts escalate, can the clever tutor’s daughter figure out which brother to blame… and which brother to trust with her heart.

The Secret of Pembrooke Park by Julie Klassen

Abigail Foster is the practical daughter. She fears she will end up a spinster, especially as she has little dowry, and the one man she thought might marry her seems to have fallen for her younger, prettier sister. Facing financial ruin, Abigail and her father search for more affordable lodgings, until a strange solicitor arrives with an astounding offer: the use of a distant manor house abandoned for eighteen years. The Fosters journey to imposing Pembrooke Park and are startled to find it entombed as it was abruptly left: tea cups encrusted with dry tea, moth-eaten clothes in wardrobes, a doll’s house left mid-play…The handsome local curate welcomes them, but though he and his family seem acquainted with the manor’s past, the only information they offer is a stern warning: Beware trespassers drawn by rumors that Pembrooke Park contains a secret room filled with treasure. This catches Abigail’s attention. Hoping to restore her family’s finances–and her dowry–Abigail looks for this supposed treasure. But eerie sounds at night and footprints in the dust reveal she isn’t the only one secretly searching the house. Then Abigail begins receiving anonymous letters, containing clues about the hidden room and startling discoveries about the past.  As old friends and new foes come calling at Pembrooke Park, secrets come to light. Will Abigail find the treasure and love she seeks…or very real danger?

The Daughters of Bainbridge House series by Laurie Alice Eakes

A Necessary Deception – When young widow Lady Lydia Gale helps a French prisoner obtain parole, she never dreamed he would turn up in her parlor. But just as the London Season is getting under way, there he is, along with a few other questionable personages.

A Flight of Fancy – Her head is in the clouds. His feet are planted firmly on the ground. Can love cover the distance?

What about you? Which books would you recommend for the Jane Austenite?

Also I would be delighted if you’d check out my #WeRead…Jane Austen board on Pinterest!

For some more suggestions of books to read if you love Jane Austen, check out:

Greenish Bookshelf – (She mentioned some that I totally forgot about!)

Curiouser and Curiouser – suggestions broken down by JA’s books

Based on the Book – 4 fun recommendations 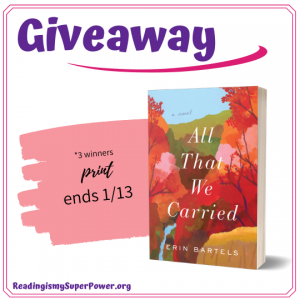 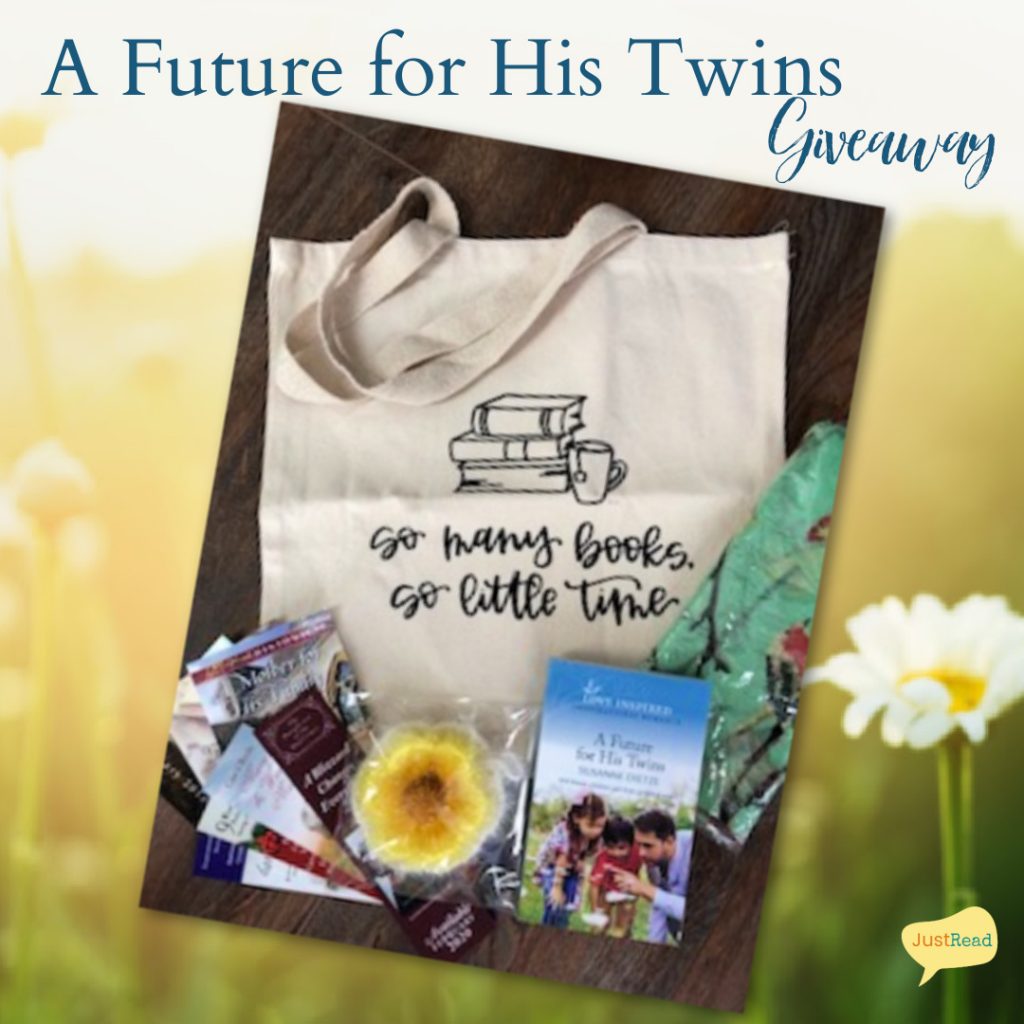 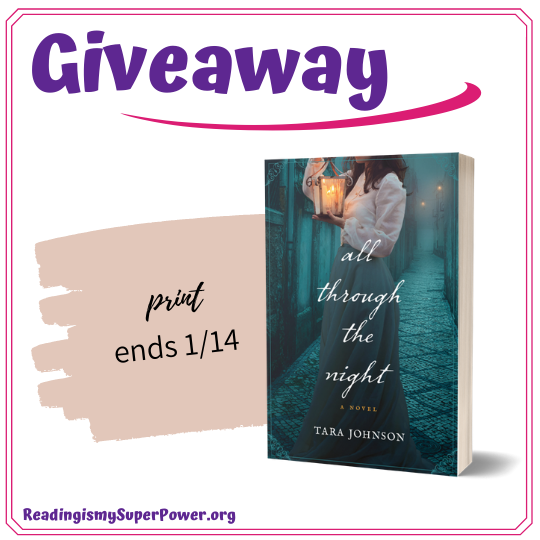