I can’t wait to read this 1st book in The Girl Next Door series by Amy Leigh Simpson!!

Sadie Carson is an expert on unfinished business. Five years after the derailment of her dreams she’s just barely existing, using her job as a hospice nurse to give others the one thing she can’t seem to find-closure. So when her elderly neighbor Charlie, a brilliant conspiracy nut known for harassing the FBI, is murdered, Sadie suspects Charlie might’ve been onto something and intends to make sure someone solves the mystery of her friend’s death, even if it’s her.

The feisty little blonde may have found the victim’s body, but FBI Special Agent Archer Hayes has no intention of letting some nosy civilian interfere with his investigation. The guilt he feels is bad enough. The last thing Archer needs is another distraction to haunt him. Especially one as beautiful and beguiling as the girl next door.

But throw in a mountain of hoarded evidence and suspiciously coded journals and the case takes a puzzling turn toward a decades old conspiracy cover-up from World War II-one only the victim’s closest confidant can help untangle. Sadie and Archer reluctantly join forces to decode the riddle of secrets Charlie carried to his grave. Or did he? Someone is after a dangerous truth. But to uncover it or bury it is a question that leads the unlikely pair on a quest for redemption that lands Sadie in the crosshairs of a desperate killer. And when the dangers of the past and present collide Archer must fight to save the life of the woman he’s falling for . . . only to discover he might be the one in need of saving. 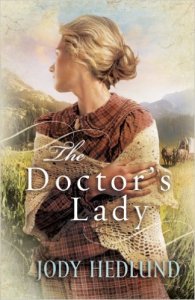 Priscilla White knows she’ll never be a wife or mother and feels God’s call to the mission field in India. Dr. Eli Ernest is back from Oregon Country only long enough to raise awareness of missions to the natives before heading out West once more. But then Priscilla and Eli both receive news from the mission board: No longer will they send unmarried men and women into the field.
Left scrambling for options, the two realize the other might be the answer to their needs. Priscilla and Eli agree to a partnership, a marriage in name only that will allow them to follow God’s leading into the mission field. But as they journey west, this decision will be tested by the hardships of the trip and by the unexpected turnings of their hearts.

As always, prices are subject to change without notice. I am not responsible since they don’t consult me lol.

Please double check the price before you one-click.  🙂