As 2015 wound to a close this week, I have been talking about the books I’m most anticipating for the first half of 2016.

I took a break on Thursday for Pepper Day 🙂

Today, I’m finishing up with some miscellaneous-category books that I can’t wait to read! 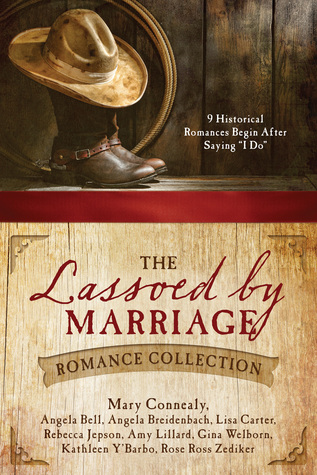 Arranged marriage without romance was once a rather common occurrence, and if love developed, they counted themselves fortunate. From England to the American west, nine historical couples enter marriage agreements by both coercion and necessity. After beginnings involving a bride swap, the gossip mill, angry brothers, ulterior motives, a child’s parentage, jail time, a family feud, mistaken identity, and a well-played trick, can love possibly grow for these couples who have married as virtual strangers? And will there be faith to hold them together forever?

Come along on a romantic journey jam-packed with all the angst of marriages founded upon practical choices as well as coercion. Meet nine couples who barely know each other before they find themselves suddenly married—to please family, to stem the tide of gossip, to save the land—and joined for life. But can love grow when duty comes before romance? 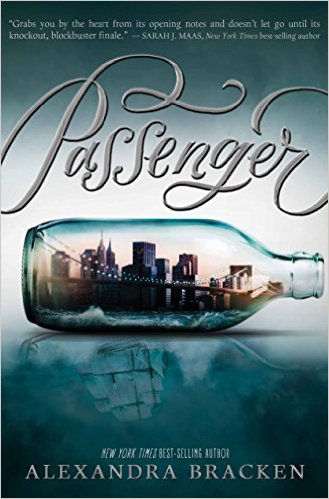 In one devastating night, violin prodigy Etta Spencer loses everything she knows and loves. Thrust into an unfamiliar world by a stranger with a dangerous agenda, Etta is certain of only one thing: she has traveled not just miles, but years from home. And she’s inherited a legacy she knows nothing about from a family whose existence she’s never heard of. Until now.

Nicholas Carter is content with his life at sea, free from the Ironwoods-a powerful family in the Colonies-and the servitude he’s known at their hands. But with the arrival of an unusual passenger on his ship comes the insistent pull of the past that he can’t escape and the family that won’t let him go so easily. Now the Ironwoods are searching for a stolen object of untold value, one they believe only Etta, his passenger, can find. In order to protect her, Nick must ensure she brings it back to them-whether she wants to or not.

Together, Etta and Nicholas embark on a perilous journey across centuries and continents, piecing together clues left behind by the traveler who will do anything to keep the object out of the Ironwoods’ grasp. But as they get closer to the truth of their search, and the deadly game the Ironwoods are playing, treacherous forces threaten to separate Etta not only from Nicholas but from her path home forever.

In a world addicted to headlines and sound bites, where technology has taught us how to say more with less —Jarrett Stevens, a popular pastor and speaker, helps readers understand the deep meaning of their own story, written within the Story of God. And all in just Four Small Words.

When it comes to a story as theologically thick and rich with history, metaphor, and meaning, as the Bible, the thought of trying to understand or communicate that story can be overwhelming. However, Stevens believes the essence of the Story of God can be understood, applied, and shared in just four small words. Of. Between. With. In.

Using a simple, fresh, and memorable approach to the good news of God’s story, Four Small Words not only gives us a better framework for the Bible, but for our everyday lives. Seeing God’s big story through these small words allows it to sink deeper into our own lives and to be shared with others in a way that is more memorable and less intimidating.

Evelyn has no interest in marriage and even the dashing Mr. Kent can’t make her want to live up to society’s expectations. She’d much rather assist her beloved sister Rose in achieving her radical dream of becoming a doctor. But everything changes the night she meets Sebastian Braddock –- not only is the reclusive gentleman both vexing and annoyingly attractive, he’s also quite possibly mad, and his interest in Rose is galling. So when Evelyn wakes up to discover that Rose has disappeared, she immediately suspects Sebastian.

But then she discovers that Sebastian’s strange tales of special powers are actually true, and that Rose’s kidnappers have worse in mind for her than simply ruining her reputation. Surrounded by secrets, lies, and unprecedented danger, Evelyn has no choice but to trust Sebastian, yet she can’t help but worry that Sebastian’s secrets are the most dangerous of all…

Princess Celie and her companions have made it safely home from the Glorious Arkower, and now that the Eye of the Castle is where it belongs, everything is back to normal.

With more magical griffins to care for, Celie, Lilah and Rolf have their hands full. But when the ancient and dangerous wizard Arkwright escapes the dungeon and goes missing within the Castle, no one can rest until he is found. Only Celie knows where he is most likely to be hiding …

With danger lurking behind every tapestry and under every trapdoor, Celie must find the wizard and save her family. Readers will be swept away by another charming magical adventure featuring Princess Celie and her very special castle.

Blackbeard the pirate was known for striking fear in the hearts of the bravest of sailors. But once he was just a young man who dreamed of leaving his rigid life behind to chase adventure in faraway lands. Nothing could stop him—until he met the one girl who would change everything.

Edward “Teach” Drummond, son of one of Bristol’s richest merchants, has just returned from a year-long journey on the high seas to find his life in shambles. Betrothed to a girl he doesn’t love and sick of the high society he was born into, Teach dreams only of returning to the vast ocean he’d begun to call home. There’s just one problem: convincing his father to let him leave and never come back.

Following her parents’ deaths, Anne Barrett is left penniless and soon to be homeless. Though she’s barely worked a day in her life, Anne is forced to take a job as a maid in the home of Master Drummond. Lonely days stretch into weeks, and Anne longs for escape. How will she ever realize her dream of sailing to Curaçao—where her mother was born—when she’s stuck in England?

From the moment Teach and Anne meet, they set the world ablaze. Drawn to each other, they’re trapped by society and their own circumstances. Faced with an impossible choice, they must decide to chase their dreams and go, or follow their hearts and stay.

Ride onto the open range alongside cowboys and cowgirls who embrace the adventures of living in the Old West from Kansas to New Mexico, Colorado to Texas.

Whether rounding up cattle or mustangs, training horses, fending off outlaws, weathering storms, competing in rodeos, or surviving drought these cowboys work hard each day.

But when hardheaded men have their weaknesses exposed by well-meaning women will they stampede away or will a lasting love develop?

Find out in this exciting collection of nine historical romances.

What can restore what we’ve lost? Only Jesus. Jesus gave us His name, His friendship, and a commission to accept responsibility for ourselves and for the world. When introduced to His wordsandways we’ll rediscover the Jesus who: Wants His enemies won over, not wiped out, Wants you to stop playing it safe, Believed great things were possible no matter what things are like right now, Was full of grace and truth, Unleashed compassion, Believed no one was too far from God to return to Him, Came to seek and to save that which was lost, Loves the church.

Pastor Ray Johnston shares the Jesus of the Bible and how we can be Christians without being jerks. He reveals how the radical message of the gospel calls us to love and serve not only our neighbors but our enemies as well. That’s the Jesus the American Church has missed and needs to meet.

Jesus’ mission is clear—risk everything in order to take care of people, starting in our home, neighborhoods, cities, and those in need around the world. That’s the Jesus the American Church has missed and needs to meet. 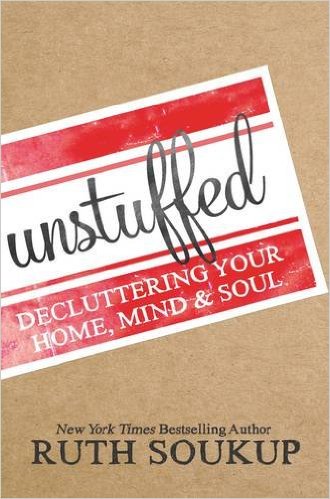 STUFF.  It’s everywhere.  Lurking in corners and closets, spilling onto counters and coffee tables, creating havoc everywhere we look.  And it’s not just the physical clutter that weighs us down.  Oh no, it is the stress of overbooked schedule, and the weight of a life that sometimes feels oppressive and totally out of whack.

New York Times bestselling author Ruth Soukup feels your pain–she has been there too. Through personal stories, Biblical truth, and practical action plans, she will inspire and empower each of us to finally declutter not just our home, but our mind and soul as well. Unstuffed is real, honest, and gets right down to the question we are all facing–how can we take back our lives from the stuff that is weighing us down?

In this book, together we will: Create a comprehensive vision for our homes, and make instant changes to improve its overall function;  Discover that more closet space is not the solution, and instead learn how to set strict limits for the stuff we bring in; Overcome the frustration of dealing with our kids’ influx of stuff and implement practical solutions for keeping the chaos at bay; Recognize the pitfalls of an overstuffed schedule BEFORE it gets out of hand, and instead learn to combat the culture of busy that keeps us running from one thing to the next; Finally conquer that mountain of paperwork that threatens to tumble down around us at any moment; Let go of the guilt that gets attached to gifts and instead learn to separate our loved ones from their stuff; Begin to cultivate our real friendships while eliminating the toxic relationships that weigh us down.

What books are you looking forward to for the first half of 2016?