This week’s Top Ten Tuesday topic (hosted as always by The Broke and The Bookish) is all about music.  There are any number of ways to go about this, but I decided to talk about books that make me think of music. Whether it’s the theme of the book or just its title, these eleven books fill my heart (and sometimes my lips) with a song.

Makes Me Think of: Music in General. The story begins with the main character, Amaryllis Brigham, unjustly expelled from the Boston Conservatory of Music.  The only way for her to achieve her dream of founding a music academy in her hometown of Seattle seems to be a price she never wanted to pay – marriage within the year in order to inherit. Music is Amaryllis’ life, her dream, her future.  So when I think of The Hesitant Heiress, I think of music…. ok and yummy brooding Nathan Everstone and his kisses.

There are Goodreads Giveaways going on right now for each of the currently released books in The Everstone Chronicles. Click on the links below to enter!

Makes Me Think of:  Again, music in general.  Lucy Tuttle is forced to retire – long before she’s ready – from her job as a music teacher. Set adrift by the stunning demolition of her plans as well as of the music program her father built and she nurtured, Lucy’s passion for music fades. When her life intersects with that of a young boy and his mother who both experience the world differently than Lucy, she begins to learn that a song can be found in the silence too.  (I had the privilege to read this for endorsement & y’all are in for such a treat when it comes out!! Cynthia’s delightful humor and her ability to gently show tough truth make this one of the best books I’ve read so far this year!)

Makes Me Think of: love songs. Duh. 😉 This is actually a book I haven’t read yet (I’m scheduled to review it in March) but every time I see the title my romantical heart starts humming a love song.  The premise of the book is that Susan Quinn, a social worker turned surrogate mom to foster teens, has one hope to save the group home she’s worked hard to build. That hope? The last person she’d ever turn to otherwise – “a brawny handyman with a guitar, a questionable past, and a God he keeps calling Father.”

Makes Me Think of: this song. “Crazy Little Thing Called Love” by Queen trying to be Elvis.  I reviewed this book last summer and, while it has very little to do with music in actuality, it’s a far-from-fluffy love story of the best kind. Vanessa is planning her destination wedding in Destin, Florida, when the sudden reappearance of her first husband and the landfall of a powerful hurricane kick up some feelings she thought were far behind her. 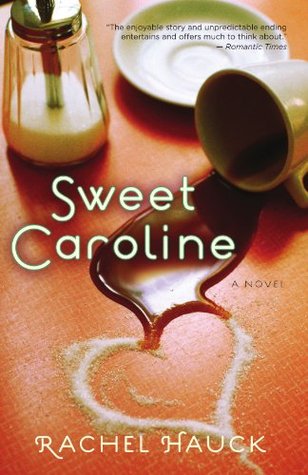 Makes Me Think of:  this song. “Sweet Caroline” by Neil Diamond…0r (my personal favorite) Amy & Howard 😉  Caroline Sweeny’s plans for a great adventure in Spain are put on the back burner when she suddenly finds herself the new owner of the Frogmore Café. Forced to choose between her friends and her future, Caroline finds encouragement in an unlikely source – her first love, Mitch O’Neal. 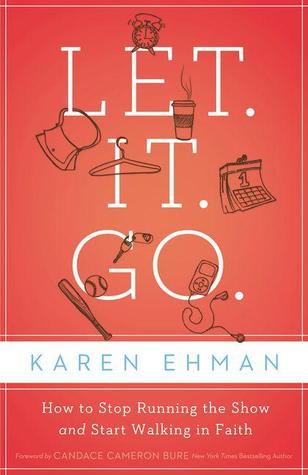 Makes Me Think of: really? Do I even have to explain this one? Well, if you insist – click at your own risk. (May lead to incessant singing of this particular Disney song for the rest of the day… perhaps the week. I did warn you.) This is another book that I haven’t read yet, but it’s been on my TBR list for a while now.  As the book description states, “Trying to control everything can be exhausting.” I’m very interested in reading what is promised to be a humorous yet thought-provoking guide out of the land of over-control. 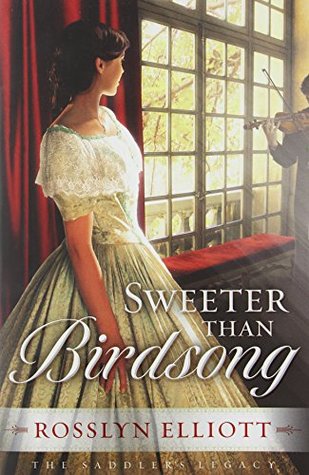 Makes Me Think of: music in general.  Ben Hanby is Otterbein College’s resident musical genius but, when he hears Kate Winter sing, her voice moves him like never before.  While Kate is looking for a way to escape her family, Ben is hiding a secret of his own – he works for the Underground Railroad. One thing I loved so much about this whole series is that it’s all based on actual events but never feels like a textbook. 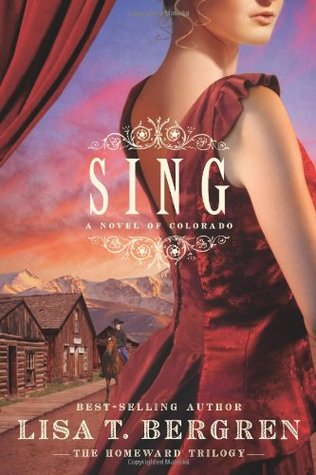 Makes Me Think of: this song. “Sing” by Josh Wilson. It’s 1866 and the St. Clair siblings are living out their dreams in three very separate parts of the world – Paris, Brazil, and Colorado.  Moira St. Clair has made a name for herself singing on the stage, but as her fame increases, so does her vulnerability. When I read The Homeward Trilogy a couple of years ago, I really enjoyed that – throughout the series – we get to see each story from the alternating perspective of each sibling.  Though Moira is the main focus of Sing, we are never very far away from Dominic and Odessa either. 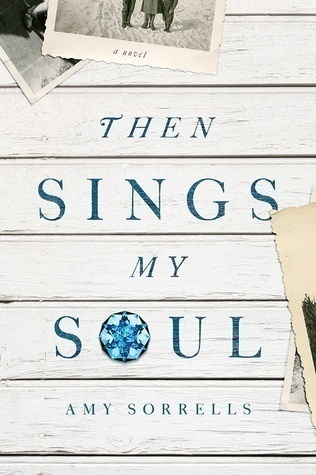 Makes Me Think of: the wonderful hymn, “How Great Thou Art”.  There are many recorded versions (countless thousands, no doubt) of this hymn but perhaps my very favorite is this one. Then Sings My Soul is another book still on my TBR tower, but the cover draws me to it every time I see it.  Plus the description on Goodreads is just really intriguing.

Makes Me Think of: all the songs. lol.  Okay, not all the songs, but with each book title based off a song it’s easy to get a lyric or four stuck in your head with this series. All set in the Idaho town of Kings Meadow, these books are full of sweet romance and emotional depth. So far, I’ve read two of the books – and still need to read the first book and the novella, as well as the prequel to the series, A Promise Kept.

My Review – Whenever You Come Around

My Review – Keeper of the Stars 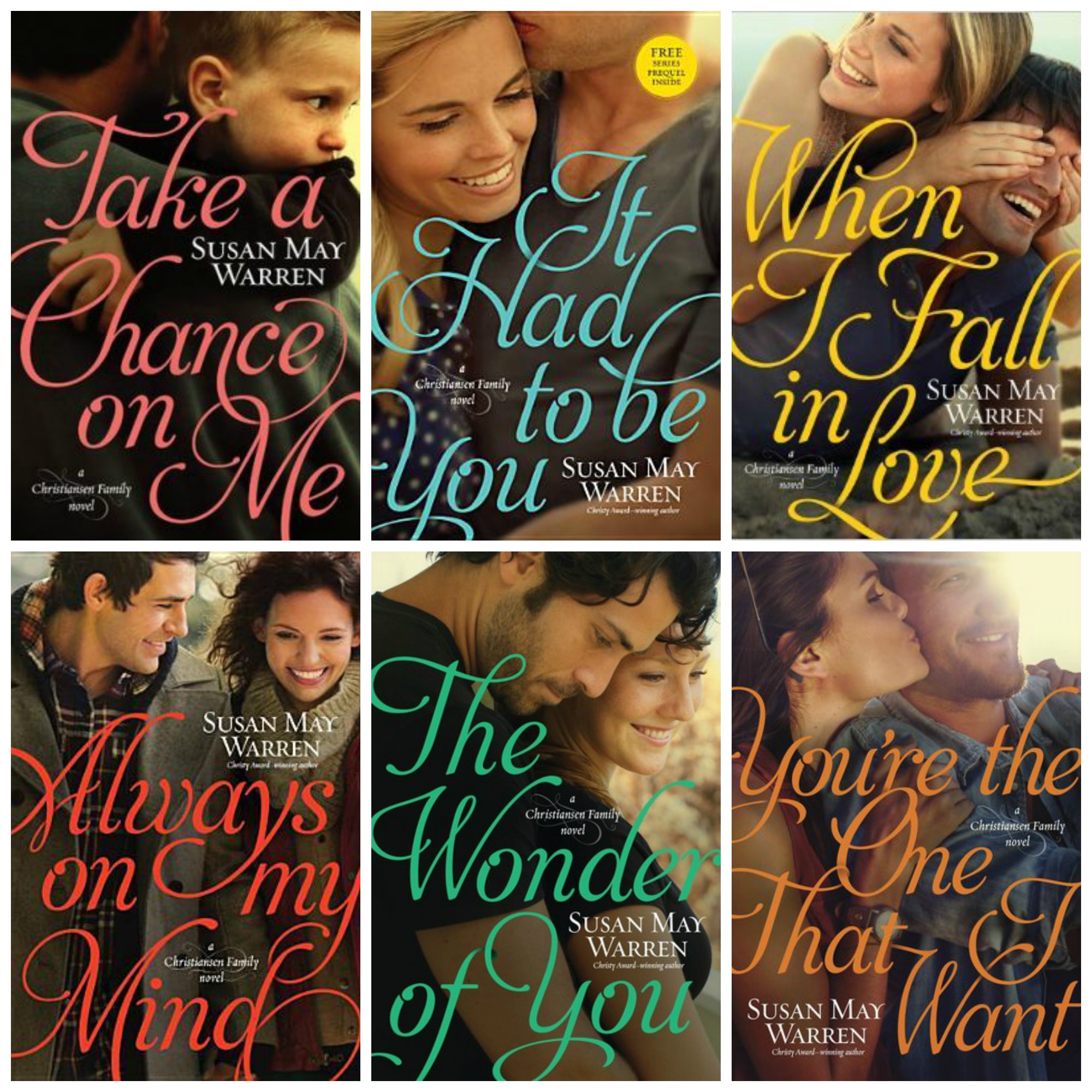 Makes Me Think of: again, all the songs lol. Like the Kings Meadow series, Susan May Warren’s Christiansen Family series’ titles are based off of songs.  And some of them (It Had to be You, When I Fall in Love, You’re the One That I Want) get notoriously stuck in my head whenever one of these books comes across my radar. 🙂

My Review of The Wonder of You

Are y’all singing now? At least humming a tune? Because I certainly am. What books make you think of music? Let me know in the comments!

Hopefully sometime this next week (if all goes well), the new site will go live and this old one will automatically forward to it.  I am praying that all the subscriber data – both wordpress and email – makes the move with me but, just in case it doesn’t, do make sure you are also following me either on Twitter or Facebook so you’ll be aware of posts during any downtime in notifications.