The bodyguards of Elite Guardians Agency have more than just skill and prowess in common–they’re also all women.

When it becomes clear that popular psychiatrist and radio personality Wade Savage has a stalker, his father secretly hires Elite Guardians in order to protect his son.

But when Wade’s bodyguard is attacked and nearly killed, agency owner Olivia Edwards must step in and fill the gap. Olivia’s skills are about to be tested to the limit as Wade’s stalker moves from leaving innocent gifts at his door to threatening those closest to him.

Olivia has the feeling that she’s next on the list. And to complicate things even further, she realizes that her heart may be in as much danger as her client. 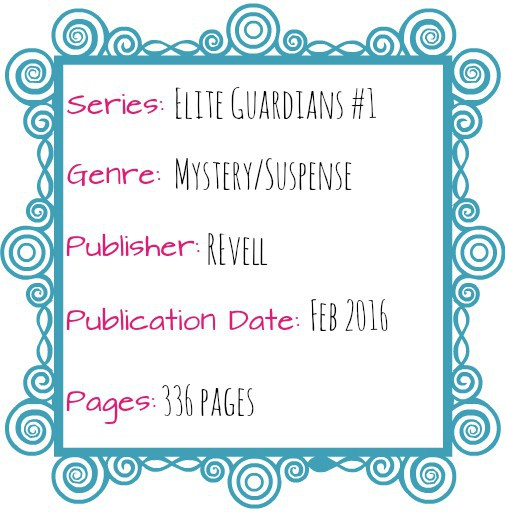 It is not often in the suspense genre that you find a bodyguard agency operated solely by women (with an occasional employee of the opposite gender). Olivia, Katie, Haley, Maddy – they run the Elite Guardians Agency and they have some serious skills. And courage.

But they aren’t the only girls with power in Always Watching. Their client Wade’s daughter Amy is a preteen with some serious anxiety issues.  Understandably, her dad being the target of a crazy stalker doesn’t help matters any.  Nevertheless, Amy is my favorite character in Always Watching because of her anxiety and because when she’s older she’s totally gonna give Olivia and the other bodyguards at Elite some competition for who’s fiercest under pressure. As someone who knows exactly what Amy was experiencing during one of her panic attacks, I loved when her dad told her that her actions during one particularly (and legitimately) frightening event proved:

“That you’re clever and smart and strong and that the panic attacks don’t define you.  You’re an overcomer and you’re going to be just fine.”

Considering that I wake up every morning to my phone blaring Mandisa’s song “Overcomer”, I loved that reference!

But enough about girl power (although that was one seriously cool aspect of the book).  The action in Always Watching began right out of the gate and – as I’ve come to expect when reading a Lynette Eason book – kept me on the edge of my seat for the duration.  As Toni Shiloh said in her review, “Y’all there were so many messed up females in this book that EVERYONE seemed suspicious to me.” I really didn’t feel it was wise to trust anyone outside of the Elite agency – I even started growing wary of their law enforcement contacts! 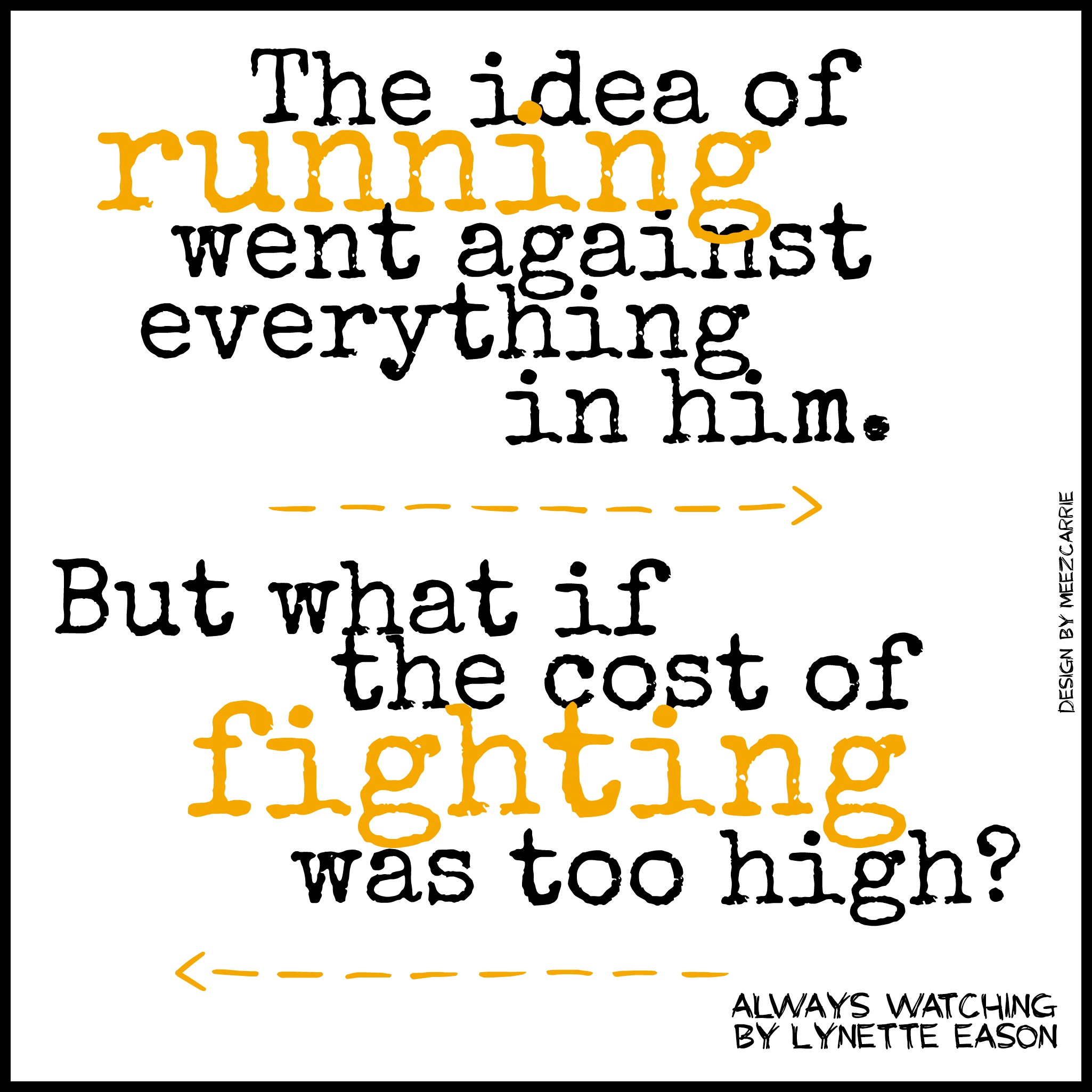 I also enjoyed the insights into Olivia’s past as well as into her present insecurities. She may be fierce but she’s not invincible, and she needs Wade as much as he needs her.  While Wade needs Olivia to keep him physically safe, she needs him to guard her heart and to guide her soul back to the God who hasn’t taken His eyes off her even when she walked away from Him. Their romance developed throughout the story, mostly from Wade’s point of view, and one kiss in particular made me want to cheer out loud for them!

Bottom Line: Lynette Eason’s latest suspense offering is fast-paced, action-packed, and full of grace. Her writing talent is more than evident in the natural dialogue, the tension, the vivid characters. While romance is definitely present in the story, it never overshadows the suspense, making this an ideal choice both for people who do love kissingbooks and those who don’t. The element of faith is there as well – a solid thread that manages to avoid turning “trite” or “preachy”.  Lynette Eason is one of my go-to authors for romantic suspense, and Always Watching is a magnificent start to her new series!

Lynette Eason is the best selling, award winning author of the Women of Justice Series, the Deadly Reunions series and the soon to be released Hidden Identity Series. She writes for Revell and Harlequin’s Love Inspired Suspense line. Her books have appeared on the CBA and ECPA bestseller lists. She has won several awards including the 2013 Carol Award for WHEN A HEART STOPS in the Romantic Suspense category. Lynette teaches at writing conferences all over the country. She is a member of American Christian Fiction Writers (ACFW) and Romance Writers of America (RWA). Lynette can be found online at www.lynetteeason.com and Facebook and @lynetteeason on Twitter.

I ended up with an extra copy of Always Watching, so I’m giving one away! (sorry – you can’t have mine 🙂 )

Enter at the Rafflecopter Link for your chance to win! (US mailing addresses only, please.)

Get a head start on the giveaway by commenting with the answer to this question:

If you had to be protected by a bodyguard, what do you think would be the most difficult part?

69 responses to “Review (and a Giveaway!): Always Watching by Lynette Eason”