Why am I excited today?

The adorable Jaime Jo Wright, DEBUT AUTHOR and professional coffee drinker, is here with us to talk about family nicknames, her favorite movies, and her book The Cowboy’s Bride Collection. 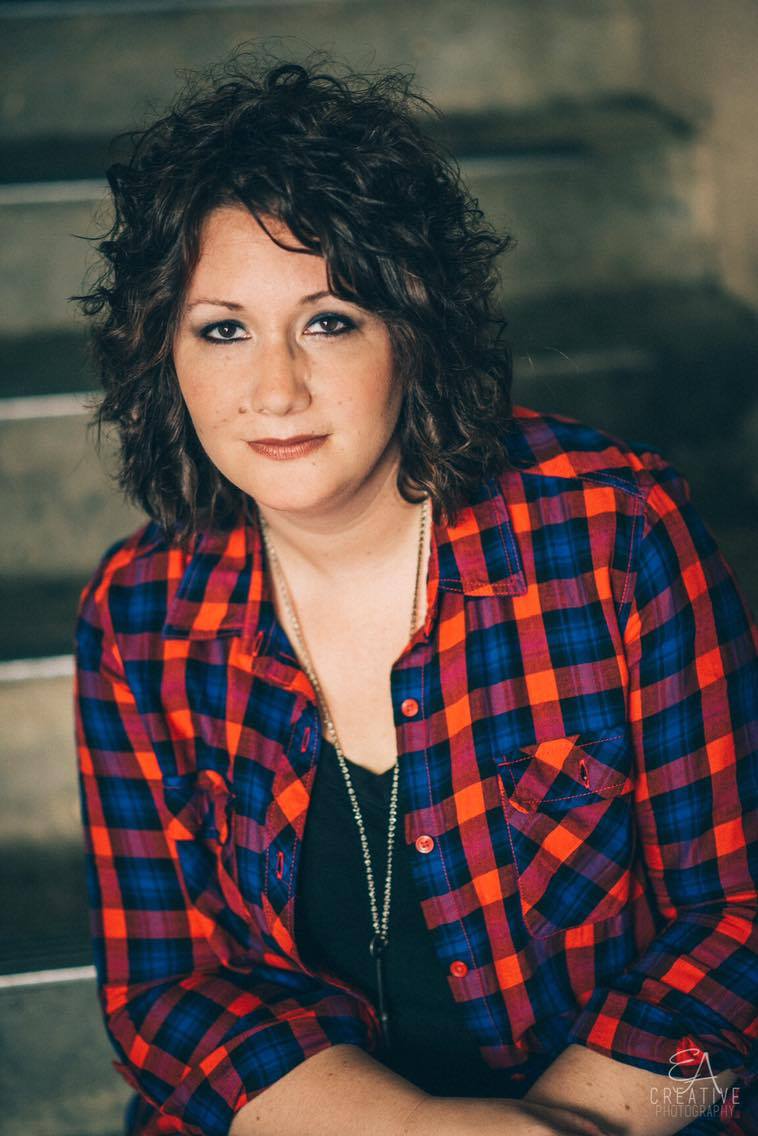 Jaime resides in the hills of Wisconsin and loves to write spirited turn-of-the-century romance, stained with suspense. Her day job finds her as a Director of Sales & Development. She’s wife to a rock climbing, bow-hunting Pre-K teacher, mom to a coffee-drinking little girl, and a little boy she fondly refers to as her mischievous “Peter Pan”. Jaime completes her persona by being an admitted social media junkie and coffee snob. She is a member of ACFW and has the best writing sisters EVER!

Her debut as a published author is “The Cowgirl’s Lasso” which releases March 1st as part of The Cowboy’s Bride Collection by Barbour Publishing. I’ve read it. You’ll love it. Come back Wednesday for my full review. 🙂

Enough from me – let’s hear from Jaime!

Jumping right in to our usual “fast four” –

Jaime:  Definitely oranges. Because they are, after all, a bit tangy and sassy with that refreshing sense of loveliness and the next best color next to red.

Jaime: Skittles. Because I like them better. 🙂 Altho you cannot mix the flavors. No no. They must be separated into color segments and then digested in order of least favorite to most favorite. Lemon, Lime, Grape, Orange, Cherry.


Carrie: Finally! Some Skittle love! I’m with you – the flavors must be eaten separately. But the orange one needs to go in the “least favorite” spot for me.

Jaime: I do love dogs. But, I will be the proverbial cat lady when I am old. There is no such thing as too many cats.

Carrie: Zuzu begs to differ. But since you “do love dogs”, she has decided that you may continue with the other questions 😉 She wants to make it clear, however, that she is keeping an eye on you – and your cats.

Jaime: I don’t really care. I take what’s in the fridge. Lol 🙂

Jaime: Captain Hook is an absolute pirate. The type of guy I detested for the first five years I knew him. (Not kidding). Then he ran off with my heart and I’ve been held captive for over 15 years now. Peter Pan is full of mischief and little boy, never grow up issues. I’m fine with that. CoCo is the nickname Peter Pan bestowed on our daughter when he couldn’t pronounce her real name. It’s stuck. Even her schoolmates call her CoCo now. 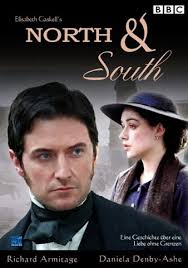 Jaime: Hmmm…. This is hard. I love movies. I can’t narrow it down to one, but I love the Avenger movies because, well, superheroes are sort of my thing. They always have been. If it wasn’t such a niche market I’d probably write superhero books. I also love period films. North and South has to be my favorite BBC film. I mean, Richard Armitage. Smoldering eyes. C’mon. I love the Lord of the Rings movies. I am a huge fan of Roman Holiday, with Audrey Hepburn. Arguably the best romantic movie of all times. And then, I’d wrap up the weekend with a stretch run of the ORIGINAL Star Wars trilogy.

Carrie: Confession… I have never seen North and South or Roman Holiday.  I should probably get around to that.

Jaime: Hands down, Jane Eyre and House of Seven Gables are my favorites. The classic go-tos. I also find that I gravitate to a solid read from Colleen Coble. I’m not doing a good job of listing just five. LOL Close To You is a debut novel coming out in April by Kara Isaac. But, she’s my seeeeester so I’ve already read it. HELLO! Best read of 2016 coming up folks. I also devoured Great Expectations. Yes. That’s a classic too.

Carrie: I am very much looking forward to Close to You. It has been on my radar for quite some time now.

Speaking of books 🙂 “The Cowgirl’s Lasso” is your debut as a published author.  CONGRATULATIONS! (I’ve read it, as you know. I laughed and swooned and got a little tearful too.)

Jaime: Greatest joy? Getting a text from Captain Hook when the box of author copies came and the three simple words hit my phone: “I’m proud of you” (ok four words. I can’t do math). Greatest frustration? Not being able to lose myself in writing. I have a day job, two kids, and a normal life. LOL So writing is done in 15-30 min snippets. I love the days I can curl up with coffee and write without interruption, but those are extremely rare. 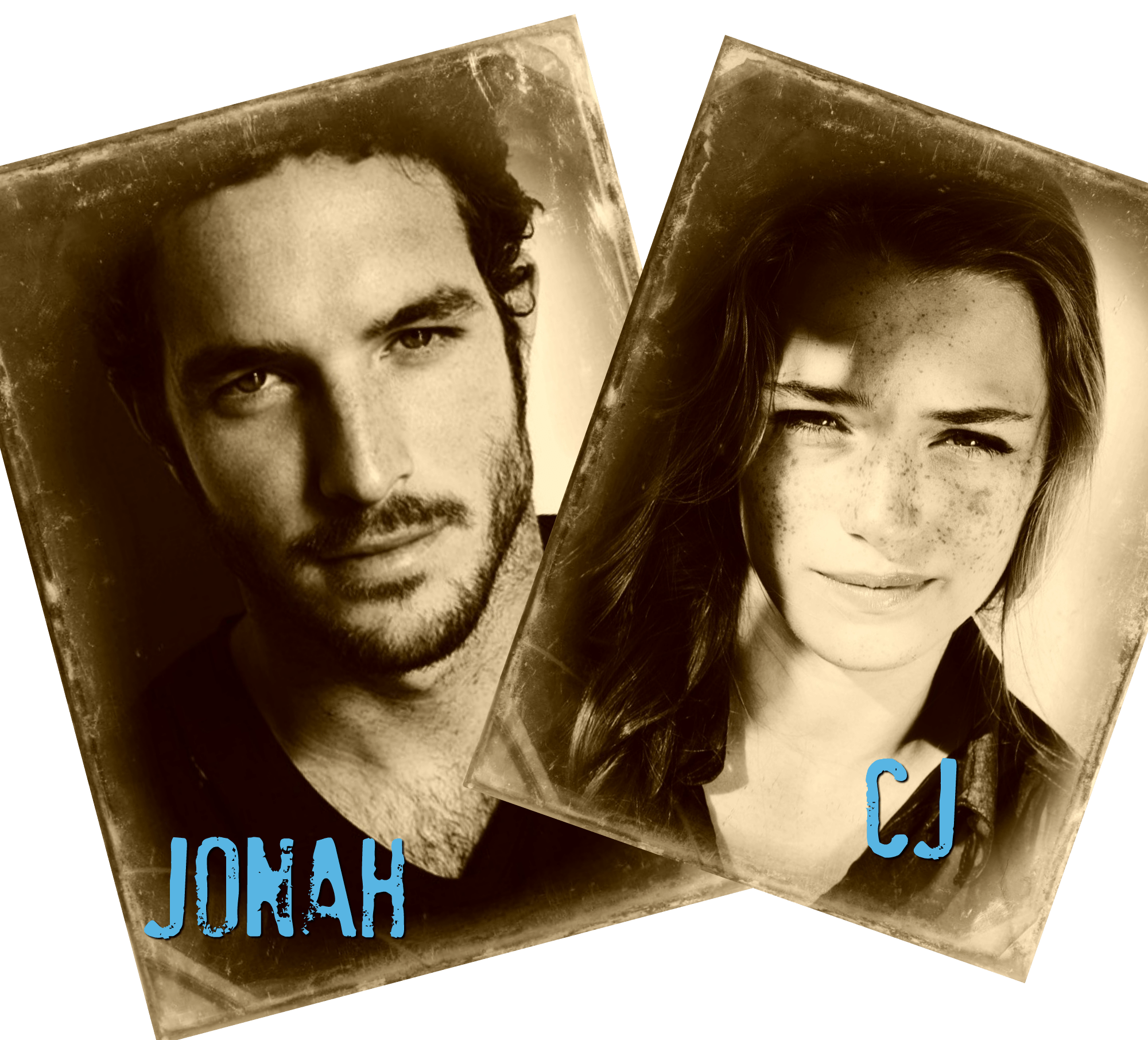 Jaime: He would say I remind him a lot of the heroine, CJ. He would tell me to hold my tongue, listen a bit more, and stop being so blasted stubborn. 🙂

Jaime: I have a short attention span. Maybe that’s not a surprise. But I have to write with the TV on and in a room full of people. My senses need to be engaged in all aspects. I do like those lonely writing days, but if I can curl up with coffee to write for hours, I’ll do it in a crowd of people. But I’m an extrovert, so the idea of being alone is quite terrifying. Oh. And I fully plan to retire to Rome. It’s the city of my heart. I’m not sure if Captain Hook is on board with that, so here’s hoping.

Jaime Jo, THANK YOU so very much for stopping by the blog today!  Congratulations again on your debut “The Cowboy’s Lasso” which appears in The Cowboy’s Bride collection from Barbour Publishing.  Tell us what’s next for you.

Jaime:  Super fun stuff! I have a second novella releasing in August of this year, in the The California Gold Rush Collection, called Gold Haven Heiress.

Here’s a small glimpse into what it’s all about 🙂 : 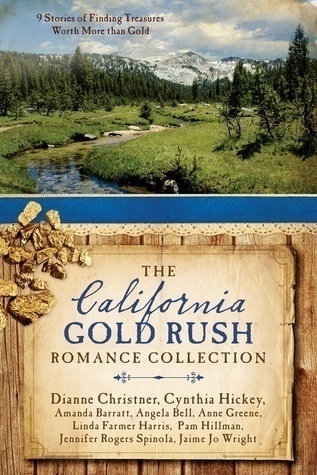 Although THALIA SIMMONS might face starvation by staying in the washed-up gold mining town, the memories hiding in its abandoned buildings are her motivation to begin again. When she was tossed aside from her life as a soiled dove, after being disfigured by a drunken client, she found hope as the miners moved on to newer earth and left behind a place she could call her own.

JACK TAYLOR meant to become wealthy, and he did. But with his newfound riches came the stark awareness of the deadness of his faith and the emptiness in his soul. With his lust for riches evolving into distaste for material things, Jack scouts out new territory in which he can invest his money and bring life to those who have suffered in the quest for gold.

When he discovers the abandoned town of Gold Haven, more than the name draws him to its empty buildings. The land surrounding it shows promise for the growth of barley, and if he can spend his wealth on reviving the town and bringing in commerce, he prays it will also bring the disheartened to Gold Haven to find a peaceful, new beginning.

But one person challenges his conviction to embrace all the disillusioned and lost. Thalia wasn’t supposed to be hiding in the tiny little garden behind the ghostly saloon. He wasn’t expecting her to douse him with a bucket of water and demand he leave her “property”. He wasn’t intending to fall hard for a used-up prostitute.

YAY! I can’t wait to read this one too!

And remember – The Cowboy’s Bride Collection comes out TOMORROW! Get your copy now!