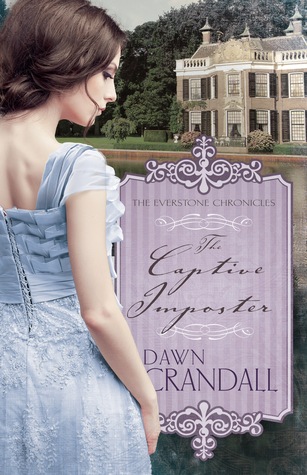 Sent away for protection, hotel heiress Estella Everstone finds herself living undercover as a lady’s companion named Elle Stoneburner at one of her father’s opulent hotels in the mountains of Maine—the one she’d always loved best and always hoped to own one day, Everston. The one thing she doesn’t like about the situation is that her ex-fiancé is in the area and is set on marrying someone else. Reeling from her feelings of being unwanted and unworthy, Estella reluctantly forms a friendship with the gruff manager of Everston, Dexter Blakeley, who seems to have something against wealthy young socialites with too much money, although they are just the kind of people Everston caters to.

When Estella finds herself in need of help, Dexter comes to the rescue with an offer she can’t refuse. She sees no other choice aside from going back home to her family and accepts the position as companion to his sister. Throughout her interactions with Dexter, she can’t deny the pull that’s evidenced between them every time he comes near. Estella realizes that while she’s been hiding behind a false name and identity, she’s never been freer to be herself than when she’s with Dexter Blakeley. But will he still love her when he finds out she’s Estella Everstone? She’s not entirely sure.

Up until today, I’d only read the first two books in Dawn Crandall’s THE EVERSTONE CHRONICLES.  I loved them both.  The Hesitant Heiress (click the hyperlink to read my review) was my favorite between the two, though Lawry from The Bound Heart was my favorite hero. I’ve been meaning to read The Captive Imposter since… well, since October. Which is really just all kinds of sad.

I’ve had so many people tell me that The Captive Imposter is their favorite of the series. In fact, when I marked it as “currently reading”, I had TWO people comment on that update to tell me it was their favorite! I personally found it difficult to believe that it could topple The Hesitant Heiress from its very secure spot as MY favorite. But I’m standing here now (actually, I’m sitting on my couch, but just humor me), admitting that I was wrong. Out of all the Everstone books,  The Captive Imposter is now the clear winner of my affections. So far. (Because, after all, there is another book on the way – The Cautious Maiden – releasing in  October.)

Dawn’s writing voice is simply delightful perfection.  The first person style from the heroine’s perspective gives such a sharp focus to the story, while at the same time keeping readers in suspense.  There are other events, other emotions, other reactions happening on the fringes, but we only see what the heroine sees; we discover “the feels” of the story right along with her.

Speaking of the heroine, I found Estella/Elle to be an extremely compelling character. Her journey from spoiled socialite to compassionate young woman makes The Captive Imposter so much more than a romance. Estella’s tender and steady heart along the way make it easy to root for her. Seeing her as she really is, the heiress trappings stripped away – she became a character I would want as a friend!

[bctt tweet=”The Captive Imposter by @dawnwritesfirst is a beautifully engaging story of finding our worth in God.”]

Dexter is one of those heroes that I  fell in love with almost from the moment he appears on the page.  His integrity. His honor. His faith. The church services in the forest were some of my favorite scenes in the book! I felt as though I were there, experiencing the setting, the sounds, the truth. I wanted to be there. And Dexter’s completely swoon-worthy too. Once he sets his mind to woo, the swoon factor increased a hundred-fold. I nearly melted to pieces over something so simple as this scene:

“After a while, a group of geese flew overhead, honking loudly and when I opened my eyes to see what the fuss was about I found Dexter Blakeley sitting mere inches beside me, his arms rested upon his knees, his gaze on the sky…

‘What are you doing out here?’ I asked, brushing twigs and grass from the skirt of my – Roxy’s rather – dusty rose dress.

He’s the best aspects of Mr. Darcy, without the jerkish side. In fact, in The Captive Imposter I saw elements of both Pride and Prejudice and Cinderella.

And the KISSES!!! Whooooooohooooooo! NOW I know what people are talking about when they say “the kiss under the stairs”. There are not enough bubble hearts in the world to express how much I loved that kiss! But actually it was this little tidbit tucked away a few paragraphs later that put the goofy grin on my face –

“If only it hadn’t been dark in the hall, and I could have seen the smile on his face after he kissed me. I remembered feeling the lift of his lips against mine, and that particular recollection had created perpetual flutters within me all morning.”

Blissful. Sigh. (That kiss is definitely showing up on the next KissingBooks 101 syllabus!)

Bottom Line: Dawn Crandall masterfully crafts a story rich in vibrant setting, vivid characters, and sharp dialogue. Her scenes come alive, transplanting readers into Gilded Age New England and keeping them absorbed from the first word until the last. The characters she creates feel real and honest, and boy howdy can she write a kissing scene! My new favorite of the series, The Captive Imposter specifically is a beautifully engaging story of forgiveness, of overcoming prejudices, and of finding our worth in the One who died for us. And of kisses. It’s about kisses too 😉  I highly recommend all of the books in THE EVERSTONE CHRONICLES series for anyone who loves historical fiction, especially fans of exquisite romances and un-put-down-able stories.

(I won this book in a giveaway with no expectation of a review. This is, as always, only my honest opinion.) 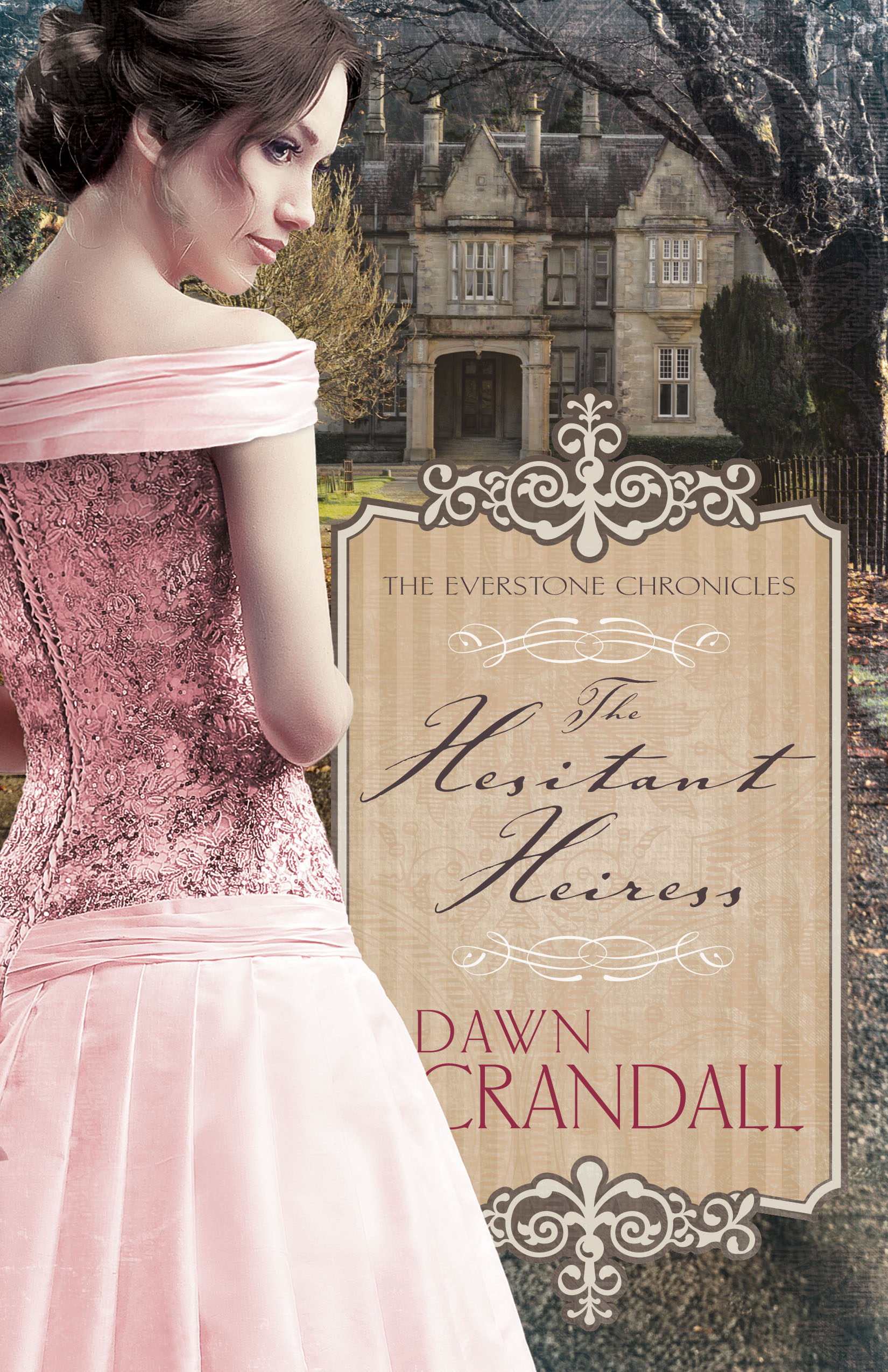 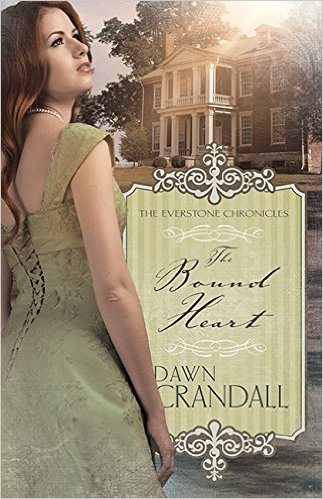 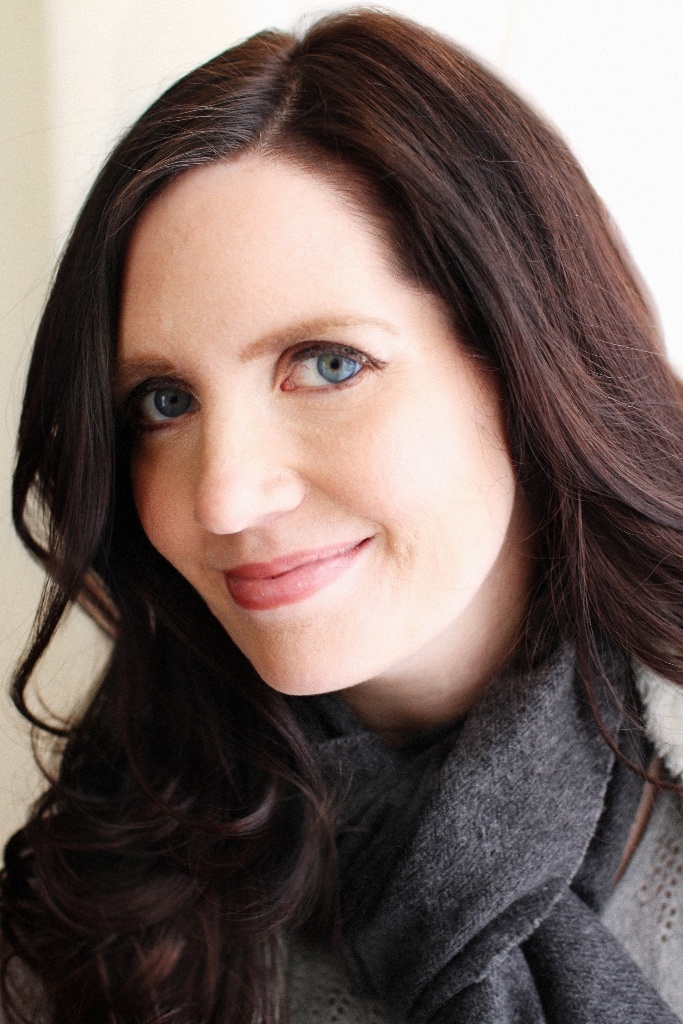 Dawn Crandall is the ACFW Carol Award nominated author of the award winning series The Everstone Chronicles from Whitaker House. The series currently consists of three books: The Hesitant Heiress, The Bound Heart and The Captive Imposter. The next “Everstone” book, The Cautious Maiden, will release Fall 2016.

Dawn is represented by Joyce Hart of Hartline Literary. Apart from writing books, Dawn is also mom to a precious little boy (born March 2014), is expecting her second baby (June 2016), and also serves with her husband in a pre-marriage mentor program at their local church in Fort Wayne, Indiana.

6 responses to “Review: The Captive Imposter by Dawn Crandall”