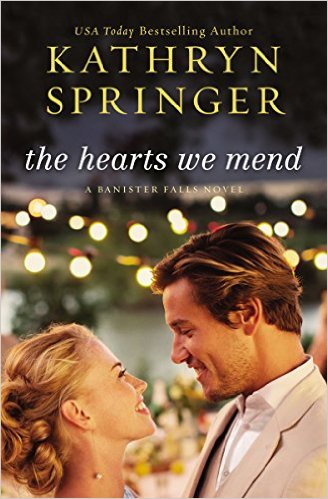 Planning and Post-It notes are the epitome of Evie’s life. But when she meets Jack, her life gets more than a little complicated.

Thirteen years ago, Evie’s firefighter husband was killed in the line of duty, leaving her to raise their young son, Cody, alone. Now, Cody is marrying the love of his life, and as he packs up his belongings, the house feels as empty as Evie’s heart. But for all her planning and mad organizational skills, Evie could never have anticipated the dramatic shift her life is about to make.

Tattooed, rough-around-the-edges Jack raises quite a few eyebrows in the tight-knit community of Banister Falls. Where Evie’s life is stream-lined, Jack’s approach to living is moment-by-moment. But as Evie gets drawn into Jack’s world—a world that isn’t as safe or predictable as the one she’s worked so hard to create—he challenges her to open her eyes to the problems outside the walls of the church.

Jack doesn’t make Evie feel comfortable, but he definitely makes her feel something. Something she hasn’t felt since Max passed away—or, maybe ever. Because even though Jack isn’t anything like her late husband, he just might be everything she needs.

Can my review just be his name? Because – whew. Added him to my collection of book boyfriends right off the bat. Uh….no pun intended there if you’ve read the story.  It just worked 😉 He’s laid back, a little bit untamed, and he looks out for the people God has placed in his path.  As a result, by his own confession, his life is “a little loud, a little messy, and a whole lot of unpredictable.” And so is his apartment.  Understandable, given that the whole building traipses in and out – particularly the closer it gets to dinnertime.  Which will inevitably be spaghetti – and Jack has a cabinet filled with boxes of pasta “stacked like cordwood” and marinara sauce to prove me right.

It was his rough-around-the-edges, so-taken-with-Evie-that-his-mouth-goes-dry persona that first set my heart all aflutter.  But it was his heart for his ragtag extended family (related and not) that sealed my fate.  And their first kiss??? W.O.W. I flailed. I fanned.  I forgot to breathe and finally went in search of my freezer in a futile attempt to recover. At which point I promptly made myself a pink sticky note in honor of Evie! 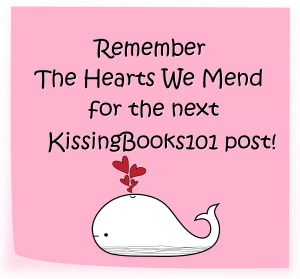 But as much as I adored the romance (still fanning, as a matter of fact), the deeper meaning – the symbolism – remains my favorite part of the story.  Jack, his apartment, his building (and its tenants), his family are a far cry from Evie’s world of garden tours and women’s ministry events. They’re messy, they’re ramshackle, they’re gravelly (ok, so that was just Jack’s voice… but still). At first glance, they seem to be people and places that Evie should protect herself & certainly her heart against. But just like the storefront that Jack is restoring, there is more to Jack than meets the eye. More to his neighbors.  More to his family.  Evie just needs to figuratively pull up the carpet that someone glued to the hardwood floors.

And she does. Before she swept Jack off his feet, everyone knew they could come by Jack’s apartment for that aforementioned spaghetti dinner.  But, let’s face it, it was pretty basic. Pasta. Sauce. Much like Evie added a bit of variety to Jack’s dinner menu, her presence added some flavor to his life – and his neighbors – as well. And in turn, Jack gave her the courage to be herself. Not just a widow. Not just a mom. But Evie.

Bottom Line: Warmth exudes from every page of Kathryn Springer’s The Hearts We Mend.  The characters will set up camp in your heart and may even start refurbishing it if you aren’t careful. Humor, love, and several poignant twists make this a truly enjoyable and inspiring read. It’s loaded with some great symbolism if you’re paying attention, a couple of pretty swoonworthy kisses, and lots of adorable little-girl twirling! Jack and Evie together are just … dreamy sigh. Jack by himself would be dreamy-sigh-worthy enough but Jack in love with Evie is completely twitterpating. In fact, I’m still smiling over the epilogue. Fans of Denise Hunter will enjoy this series too! Note: This is the second book in the BANISTER FALLS series and, while it can easily be read as a standalone, it did take a few pages to orient myself to people and events – something that probably would have been unnecessary if I had read the previous book.

KissingBook Level: 4.5 / The kisses aren’t frequent but once they do make an appearance, keep those fans/fainting couches/freezers handy!

See what others are saying 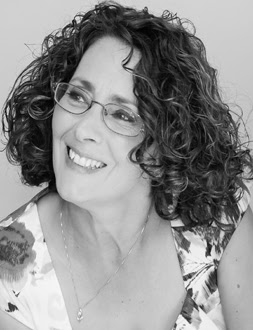 Kathryn Springer is a USA Today bestselling author. She grew up in northern Wisconsin, where her parents published a weekly newspaper. As a child she spent many hours sitting at her mother’s typewriter, plunking out stories, and credits her parents for instilling in her a love of books — which eventually turned into a desire to tell stories of her own. Kathryn has written nineteen books with close to two million copies sold. She lives with her husband and three children in Marinette, Wisconsin.

9 responses to “Review (and a Giveaway!): The Hearts We Mend by Kathryn Springer”