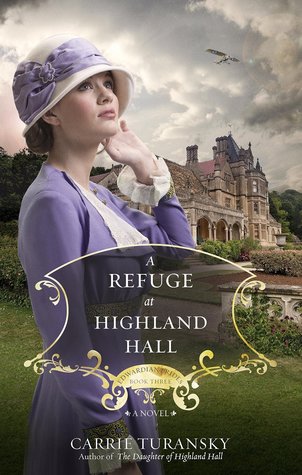 The Great War shakes the world of a spirited young woman and the brave British pilot she loves, taking her from London to her family’s magnificent country estate, and sending him into the war-torn skies over France.

Penny Ramsey has always considered Highland Hall her home, but when Britain becomes involved in World War One she travels to London to assist her sister Kate with the eight orphan children she and her husband Jon have taken into their home. Doing her part for the war effort takes priority over Penny’s dreams of romance until she meets Alex Goodwin, a Royal Naval Air Service pilot in training.

Alex is determined to prove his worth and do his part to defend his country. Knowing he is heading off for the dangerous assignment of  chasing Zeppelins across the front line in France, he feels it’s unwise to form any romantic attachments. But he can’t help admiring the pretty, warmhearted Penny and wondering what it would be like to find her waiting when he returns home from the war.

As Penny writes to Alex, their friendship blossoms, and she becomes his tie to home and normalcy as he faces the hardships war. But being an RNAS pilot means confronting the enemy, and the fallout form those experiences push Alex beyond Penny’s reach. Can God mend the brokenness left by the losses of war? Will faith and forgiveness bring them together again?

I first started reading Carrie Turansky’s books for a completely shallow reason – we share the same first name. (Hey – this method has worked well for me in the past. It’s how my best friend and I met in 2nd grade. She came up to my desk and said, “I’m Carrie. You’re Carrie. We should be friends. Thirty years later, we still are.)

As I was saying, I may have grabbed my first Carrie Turansky book because of our shared name spellings but I soon became invested in her characters of Highland Hall and her stories of the Edwardian age and the world of upstairs/downstairs manor life in England. And I have to say that A Refuge at Highland Hall is my favorite of this trilogy! The action, the tension, the drama of the Great War … but also the messages of faith, the sweet romance (times two!) and the time spent with characters I’ve loved throughout the series.

In A Refuge at Highland Hall, Carrie Turansky definitely brings the drama of World War 1 to life on the page. I gained a fresh perspective on what it must have been like to live through the German Zeppelin attacks on London, helplessly listening as bombs exploded around your city and furnishings and windows shattered in your home from the impacts.  Not to mention the fear implicit in war itself – loved ones enlisting and deploying, bleak but limited reports from the Front. Young men grieving the losses of their fellow soldiers and friends. Fathers and husbands with professional skills were needed in London and had to leave their families in the country where it was safer. German internees – most imprisoned by the government for no other reason than the fact of their native country, or that of their parents – worked in manor fields to aid with food production. Under guard, of course. Everywhere you looked, families were separated in some form or fashion.

But there were letters 🙂

And in those letters, love blooms. Faith is encouraged. Hope is nurtured. Oh, so sweetly. 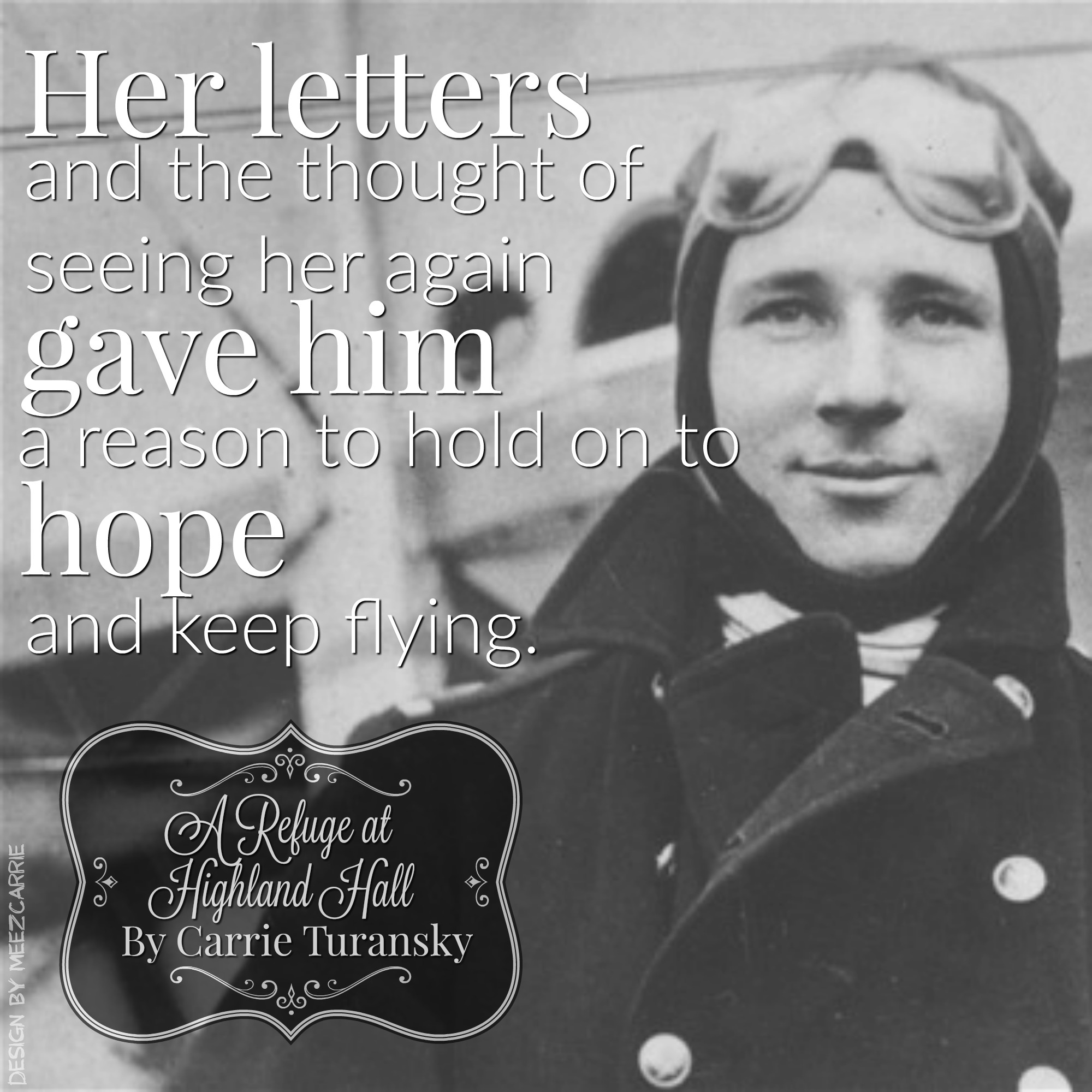 (Find out about the man pictured – Lt. Rex Warneford & the inspiration for the character of Alex Goodwin – by clicking here.)

I have to confess that the epilogue made me a bit teary. Carrie Turansky did a fantastic job of bringing everyone together, updating us on the characters we’ve grown to love, and saying farewell in a very satisfying conclusion to this series. While I never like to bid my favorite series goodbye, the characters at Highland Hall & all of the Edwardian Brides to cross through its doors felt like they would be waiting for me with smiles and food (“I am the ze chef and zees is my kitchen. If I say we add leeks to ze soup, zen you will do as I say.”) and a warm welcome should I ever wish to visit.

Bottom Line: World War 1 Flying Aces and German Zeppelins zoom across the pages of A Refuge at Highland Hall, the challenges of war meticulously researched and creatively conveyed. The beginnings of new love spark for two couples in this story, tempered by the separation of war – be it by deployment or internment – but allowing the power of the written word to fan the heart’s spark into a steady and enduring flame is truly the stuff of great romance! My favorite of the Edwardian Brides series, A Refuge at Highland Hall is best appreciated if read in context (the characters!!) though it can also be read as a standalone. Speaking of characters, the Ramseys and the Fosters and those in their household (servants and friends) will carve out a spot in your heart, and though this farewell is bittersweet it is also sweetly satisfying.  If you enjoyed Kate Breslin’s Not By Sight or Pepper Basham’s Penned In Time series – or if you’re still mourning the loss of Downton Abbey, you will find a refuge in Carrie Turansky’s Edwardian Brides series as well!

KissingBook Level: 2.5 / Warm internal rosy glow of sweetness that may steal your breath once or twice 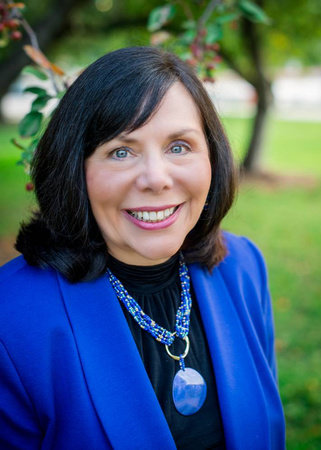 CARRIE TURANSKY is an award-winning author of more than a dozen novels and novellas. She has been the winner of the ACFW Carol Award, the Crystal Globe Award, and the International Digital Award, and a finalist for the Inspirational Readers Choice Award and the ACFW Carol Awards and Genesis Contest. She has written contemporary and historical romances, women’s fiction, short stories, articles, and devotionals. She lives in New Jersey with her husband, Scott, and they have five adult children and four grandchildren.

2 responses to “Review: A Refuge at Highland Hall by Carrie Turansky”