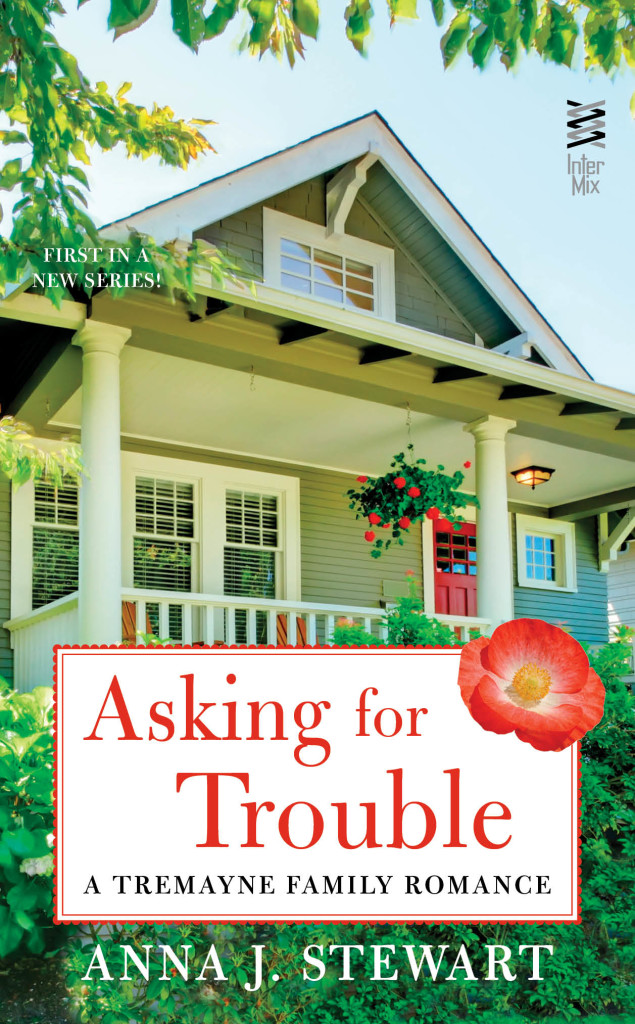 Asking for Trouble: Morgan Tremayne has a heart of gold, but to keep her children’s charity afloat she’s had to resort to some less than legal means: donations from a notorious cat burglar who targets the wealthy. It’s only a matter of time before Morgan’s criminal connection blows up in her face–especially since her undeniable attraction to the man heading the investigation keeps putting her in tricky situations.

Former police detective-turned-investigator for the D.A. Gage Juliano has two goals: salvaging his career and nabbing Lantano Valley’s present-day Robin Hood. But when he meets a beautiful, curvaceous woman who’s more interested in helping others than amassing a fortune like the rest of the town’s residents, Gage finds his desires pulled in an unexpected direction… 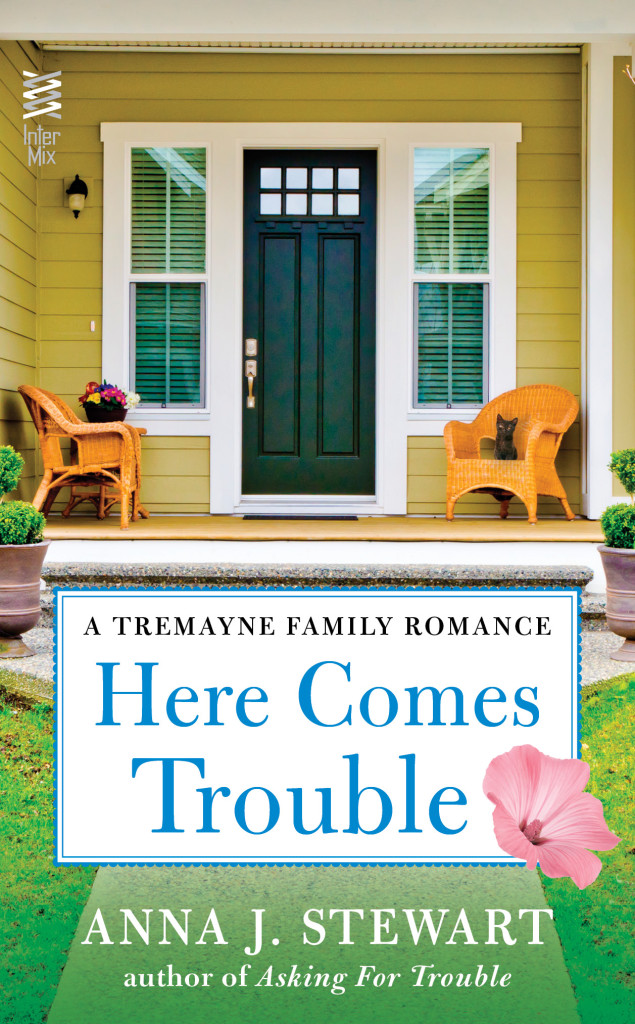 Here Comes Trouble: Former beauty queen Sheila Tremayne looks dainty, but she’s tougher than she seems. The hard-as-nails business woman is determined to bring down corruption among Lantano Valley’s rich and powerful. Her latest scheme to get technology tycoon Chadwick Oliver is going perfectly until a distraction arrives in the form of Malcolm–the man who broke her heart and who happens to be Chadwick’s son…

Malcolm spent five long years away after his father publicly blamed him for some shady business dealings. Now he’s back to exact some revenge. Reconnecting with Sheila was never part of the plan, but the second he sees her, there’s no way he can resist…

Sheila and Malcolm quickly fall into the sizzling passion between them, but Malcolm has no intention of staying once he’s finished with his father–even if leaving Sheila again might be more than he can bear. 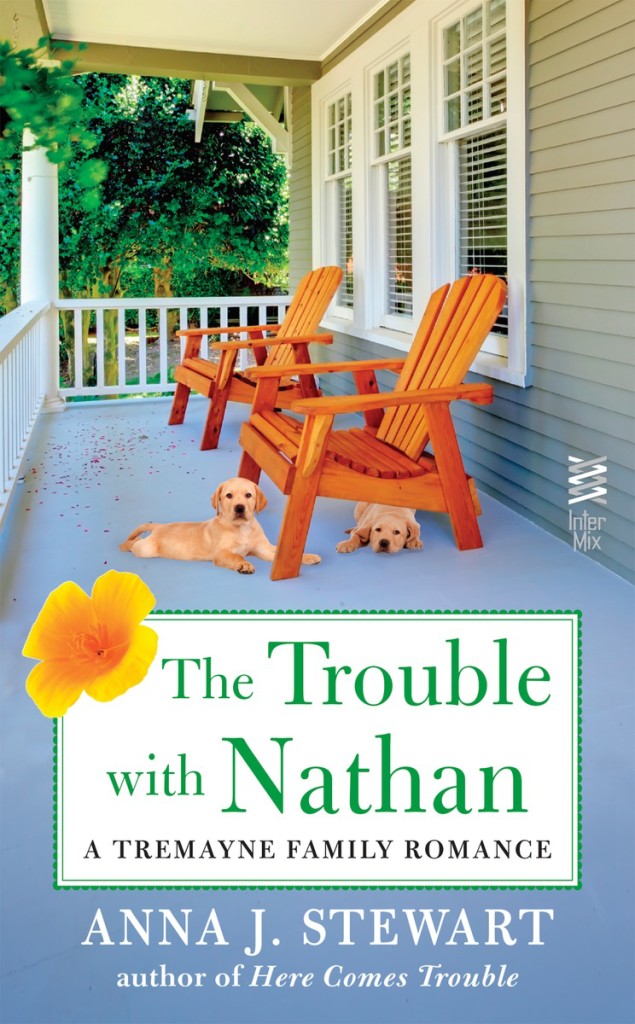 The Trouble with Nathan: Nathan Tremayne shares a dangerous secret with his father, Jackson, and sister Sheila. Together they are Nemesis, the infamous cat burglar who targets the wealthy. But when Jackson is framed for stealing the priceless Crown of Serpia, the whole family is at risk.

Nathan isn’t about to let his father go down for a crime he didn’t commit, but finding the real culprit won’t be easy with Laurel Scott, the nosy, pushy, drop-dead gorgeous insurance investigator following his every move.

But Laurel has secrets of her own. Posing as an insurance investigator was part of her own plan for the Tremaynes. As their attraction heats up, and the truth comes out, will this pair of thieves steal each other’s hearts?

Excerpt from Asking For Trouble

Evening gowns and battle armor weren’t sold in the same department, but as far as Morgan was concerned, they provided the same protection.

The confidence that descended the second she’d draped the formfitting, strapless peacock blue fabric over her ample figure could only be described as exhilarating. This time last year, she might have resented her mother’s extravagant purchase. Morgan could have paid three months’ worth of electricity bills with what the gown had cost.

A shadow cut across the late spring sun and she jumped, pulling her feet in as the shadow transformed into a man who leaned down and scooped up her shoe.

Her lungs emptied as if her dress had transformed into an overeager python. The way this man wore a tux made George Clooney look like a grunge rocker. Oh, and that hair. Jet black strands so dark it seemed almost blue. Morgan swallowed as summer sky blue eyes pinned her in place. Her sandal sparkled in his grasp as if each stone had been imbued with the sunset-emblazoned sea.

Hot embarrassment flooded her cheeks as she tried to reclaim her confidence along with her shoes. Morgan slid her foot into what she considered modern-day torture devices. How did her sister walk in these things every day? Morgan placed her hand in his outstretched one, allowed him to pull her from the car. “Thank you, Mr. . . . ?” She arched a brow in invitation for an introduction, glancing down to straighten the cameo pendant her mother had given her for Christmas over a decade ago.

“Juliano. But please, it’s Gage. Morgan, isn’t it? You’ve recently taken over as CEO of the Tremayne Foundation.”

Morgan forced a smile. “Yes.” The job was both a badge of honor and a source of grief. She shouldn’t have inherited the position for years, and wouldn’t have except for the accident that took her mother’s life. Which made potential failure all the more petrifying. 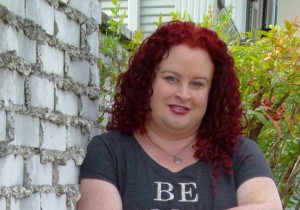 USA Today and national bestselling author Anna J Stewart can’t remember a time she didn’t have a book in her hands or a story in her head. A geek at heart, Anna writes romances featuring strong, independent heroines for Berkley (The Tremayne Family Romances), Harlequin Heartwarming (The Butterfly Harbor series) and will soon add romantic suspense to her booklist with the BONDED trilogy from Harlequin Romantic Suspense. RT Book reviews says Anna’s romances are “refreshingly unique, quietly humorous, and profoundly moving” and NYTimes bestselling author Brenda Novak says “The talented Anna J Stewart delivers every time!”  Anna lives in Northern California where she deals with a serious SUPERNATURAL, STAR TREK, and SHERLOCK addiction and tolerates an overly affectionate cat named Snickers (or perhaps it’s Snickers who tolerates her). 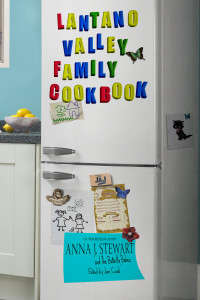 THE LANTANO VALLEY FAMILY COOKBOOK features more than 50 family favorite recipes contributed by The Butterfly Babes, Anna’s dedicated street team. This cookbook has a little something for everyone, from simple, quick meals to family pot luck winners, warm, comfy dinners, to lots of sweet treats.

To claim your copy, simply email proof of purchase (a copy of your e-receipt is perfect) for THE TROUBLE WITH NATHAN to Anna at authorajstewart@gmail.com and she’ll email you the file (PDF, compatible with all e-readers) within 48 hours. It’s as easy as that!

Anna J. Stewart will be awarding a $15 Amazon or B&N Gift Card to a randomly drawn winner via Rafflecopter during the tour.  Enter below!


Also, make sure you stop by the other stops on the tour during this book blast! The more places you comment, the better your chances of winning!

15 responses to “Book Blast (and a Giveaway!): The Tremayne Family Romances by Anna J. Stewart”