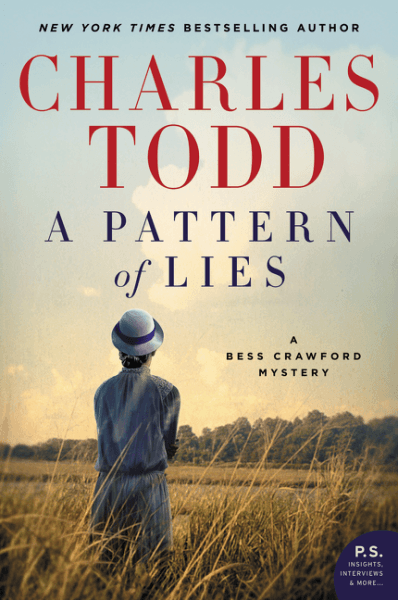 About A Pattern of Lies

A horrific explosion at a gunpowder mill sends Bess Crawford to war-torn France to keep a deadly pattern of lies from leading to more deaths, in this compelling and atmospheric mystery from the New York Times bestselling author of A Question of Honor and An Unwilling Accomplice.

An explosion and fire at the Ashton Gunpowder Mill in Kent has killed over a hundred men. It’s called an appalling tragedy—until suspicion and rumor raise the specter of murder. While visiting the Ashton family, Bess Crawford finds herself caught up in a venomous show of hostility that doesn’t stop with Philip Ashton’s arrest. Indeed, someone is out for blood, and the household is all but under siege.

The only known witness to the tragedy is now at the Front in France. Bess is asked to find him. When she does, he refuses to tell her anything that will help the Ashtons. Realizing that he believes the tissue of lies that has nearly destroyed a family, Bess must convince him to tell her what really happened that terrible Sunday morning. But now someone else is also searching for this man.

To end the vicious persecution of the Ashtons, Bess must risk her own life to protect her reluctant witness from a clever killer intent on preventing either of them from ever reaching England.

A Pattern of Lies is one of those lovely British “dignified historical mysteries” that makes readers want to wrap themselves up in the story for the duration.  There’s nothing terribly riveting about it, but it’s comforting and cozy and settles over you like a warm quilt. It is clear that the authors are highly researched in the Great War and the world at the time, and the historical element woven organically throughout gives the novel an even greater appeal.

Bess Crawford makes an intriguing character as a nurse at the front lines of WW1 who frequently transports convoys of wounded soldiers to other hospitals. It’s in so doing one day – and in attempting to make a quick visit home – that she runs into a solider she once treated. As she becomes reacquainted with Major Ashton and his family, she learns of the problems that have plagued them in the years since she’s last seen him. And once she’s witnessed this turmoil for herself, she just can’t help but … well… help. This whodunit stays just out of reach – complex and original and interesting enough to keep readers’ attention.

Bottom Line: The history alone in A Pattern of Lies will draw readers; the mystery will keep them.  The writing team of Charles Todd brings The Great War to life with fresh eyes, as well as a fascinating glimpse of life among those in some form of service.  That dichotomy between high-stakes tension and business as usual, the remarkable resiliency with which we adjust to new circumstances.  While it’s not necessary to have read the previous books in the series, it may be easier – and faster –  to orient to the key players if one already has a previous relationship with them. Secondary characters, at least some of them, are perhaps even more intriguing than Bess – particularly Simon and Lassiter – and here is where I most wish I’d had the benefit of being with this series from the beginning.

Note: This is a general market book, not my usual Christian fiction, but it is what I consider “clean fiction”.  There are only a few minor profanities scattered infrequently throughout. 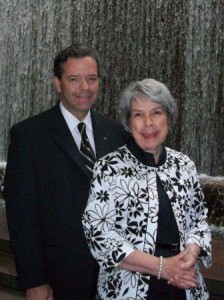 Charles Todd is the author of the Inspector Ian Rutledge mysteries, the Bess Crawford mysteries, and two stand-alone novels. A mother and son writing team, they live in Delaware and North Carolina.

13 responses to “Review: A Pattern of Lies by Charles Todd”

My brother & SIL are in the middle of car buyer’s nightmare with a dealership that uses fraudulent practices. Check out their story & don’t buy from @platinumusedcars if you live in the ATL area. #Repost @joshuadbooth with @make_repost
Look mom! No masks ☺️ First mask free visit with my parents since we moved here. Thankful for vaccines & better immune systems!
Got our coffee table (made by my dad) ready to sub as a game table for our family! (including the games-loving other Schmidts - have we mentioned how EXCITED we are that they are moving here?) Can’t wait for family fun again 🥰 #vaccinationdone✔️ #familygamenight #welovegames
#Repost @erinbartelswrites with @make_repost