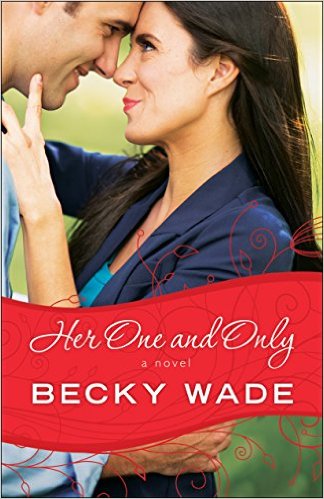 Gray Fowler, star NFL tight end, is being pursued by a stalker, so his team hires a protection agency to keep Gray under the watch of a bodyguard at all times. When Gray meets Dru Porter, an agent assigned to him, he’s indignant. How can an attractive young female half his size possibly protect him?

But Dru’s a former Marine, an expert markswoman, and a black belt. She’s also ferociously determined to uncover the identity of Gray’s stalker. And she’s just as determined to avoid any kind of romantic attachment between herself and the rugged football player with the mysterious past. But the closer they get to finding the stalker, the closer they grow to each other. As the danger rises, can Dru and Gray entrust their hearts–and their lives–to one another?

I have a lot to say about this book, so settle in 🙂

If Becky Wade ever decides she wants to write romantic suspense long-term, I’m all for it! What a great book!! The intrigue and suspense surrounding the plot point of Gray’s stalker added to the romantic tension that sizzled between Dru and Gray. The action scenes were full of energy and played out in my mind like something from tv’s Castle as I read them on the page. And the kisses.  WHEW! Goodness gracious. Hello, future KissingBooks 101 post. I’m still fanning.

The relationship between Dru and Gray is full of delicious chemistry, entertaining banter, and genuine affection. They made me laugh and grin and swoon and even get a bit tearful at times.  Both are coming from less than stellar pasts – some of their own making, some (especially in Gray’s case) out of their control. Dru has already found her footing with God and is living out the reality of being a new creation. Gray has to get to that point during the course of the novel, and it’s one of my very favorite parts of his story.

…into that place he heard mercy call to him. It called him by name, and it sounded like peace.

Oh how I love that line!! Yes, that’s my Jesus expressed so beautifully.

Dru and Gray also struggle very realistically with life on the other side of grace.  Powerful physical desire for each other, the longing to medicate stress/emotion by drinking until it doesn’t matter as much, etc.  Gray and Dru are both strong people – physically and emotionally – but it takes a different kind of strength to war with your own instincts and the strong pull of “the norm”. A Strength not your own. Watching their own honest journeys to this Strength was another highlight of the book for me.

But it’s not all suspense and sizzle and strength.  Because Becky Wade is at the helm, you are also in for a high dose of delightful humor.  This is mostly courtesy of two things in Her One and Only – Becky’s lovely & witty writing voice and a cast of supporting characters that prove to be subtly hilarious. Every time the whole Porter family gets together, I laughed out loud at least once. Dru’s neighbor Augustine – her pea salad and her Harley.  Did I mention that she’s 70 years old, African-American, and that Dru takes her to biker church in a sidecar? Hysterical.

And Ty.  I can’t neglect to mention Ty. If you haven’t read the first books in the Porter Family series (more on that in a minute), Ty’s story is told in Meant to be Mine.  Ty gives myJames some very solid competition.  Whenever Ty is on the page, I know I have a goofy grin on my face.  (It’s a sickness, probably.) And he was on the page A LOT in Her One and Only – a delightful swoonlicious lot.  Seeing him as a daddy and still so in love with Celia is just so… *dreamy sigh*

While Her One and Only can certainly be read as a stand alone, I would encourage you to read the first three books in the Porter Family series before reading it.  Because part of the poignancy of this final book in the series IS that it’s the final book in the series.  Though the book focused mainly on Dru and Gray, Becky Wade also took us into Meg and Bo’s story again.  Theirs was the first of the Porter Family stories to be told, and we’ve followed their journey through 8 years of infertility throughout the series. I found it sweetly fitting to close out the series with this follow-up, with Meg’s anxiety, and with her newfound peace. Following up with Jake and Lyndie – and Ty and Celia whom I’ve already mentioned – and the Porter parents, everyone we’ve come to love – it was the icing on the cake.  And I’m not gonna lie – I totally cried during the epilogue. 🙂

Bottom Line: If you couldn’t tell, I loved Her One and Only. I adore Dru and Gray together, and the depth to their story is still stirring in my heart. I don’t love saying goodbye to the Porter family, but if we must… this is the perfect farewell.  All my favorite peeps made more than an appearance, and my favorite conversation (the one that shows up in every book, thanks to Mrs. Porter) slipped in there too. The suspense, the action, the KISSES – all stellar, along with Becky Wade’s witty style and engaging characters. One of my favorites so far of 2016! 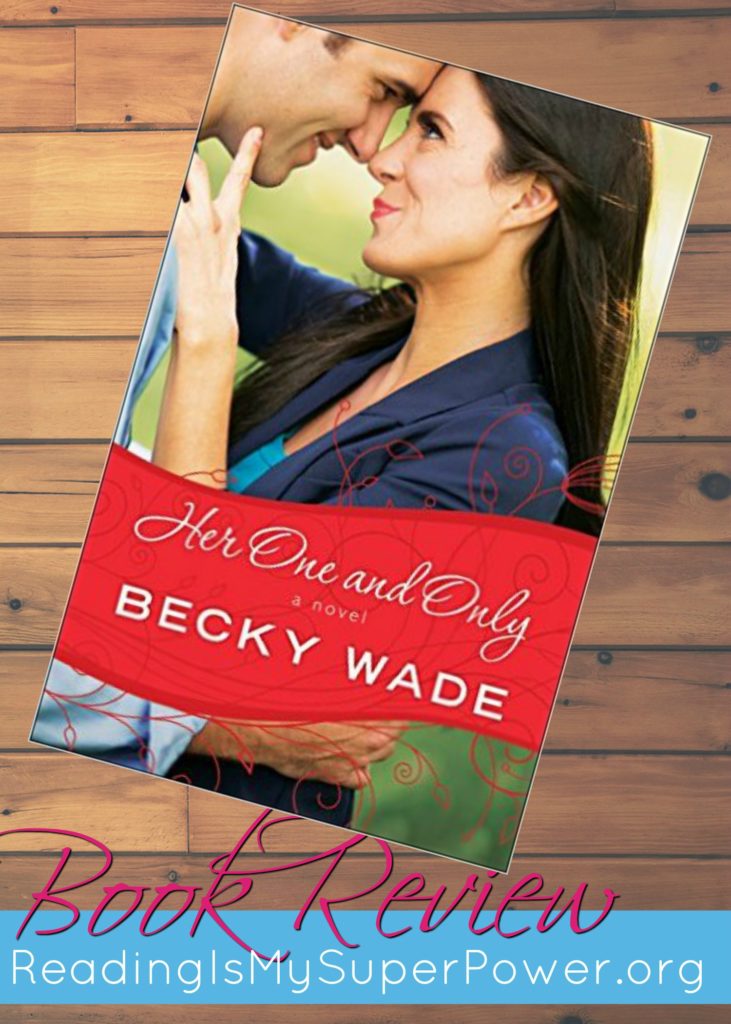 KissingBook Level: 5 / May need to stick your head in a freezer to recover 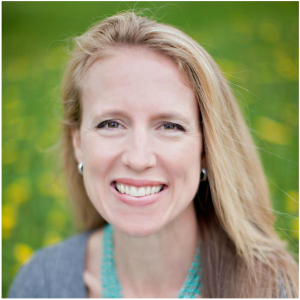 Becky Wade is a native of California who attended Baylor University, met and married a Texan, and moved to Dallas. She published historical romances for the general market, took time off to raise her children, then felt God nudging her to pursue contemporary Christian fiction. Becky is a Carol Award winner and a finalist for both a RITA and an INSPY Award.


Make sure you visit the other stops on the tour!

24 responses to “Review (and a Giveaway!): Her One and Only by Becky Wade”