Clues to solve! Characters to Profile!

I have been waiting for this day since I read my first Nancy Drew book! 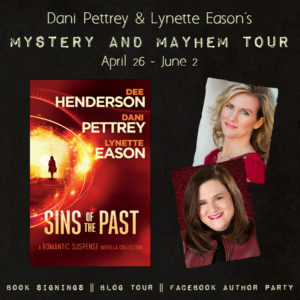 Ok mystery fans, have you SEEN the letter yet from “Anonymous” that Dani Pettrey received in the mail just before the launch of Sins of the Past?

If not, head over to Bethany House real quick and catch up on the mystery and the clues that have already been given out! Then scurry right back here to see today’s clue. 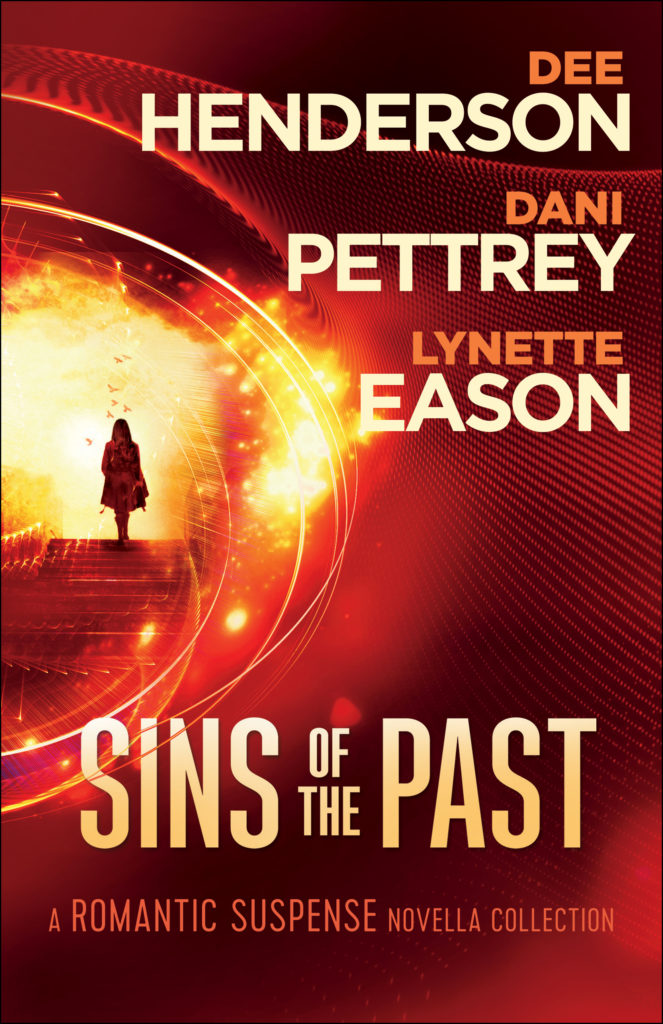 In Dee Henderson’s “Missing,” a Wyoming sheriff is called to Chicago when his elderly mother goes missing. Paired with a savvy Chicago cop, the two realize her disappearance is no accident, and a race against the clock begins.

Dani Pettrey returns to Alaska with “Shadowed,” introducing readers to the parents of her beloved McKenna clan. Adventure, romance, and danger collide when a young fisherman nets the body of an open-water swimming competitor who may actually be a possible Russian defector.

Lynette Eason’s “Blackout” delivers the story of a woman once implicated in a robbery gone wrong. The loot has never been found–but her memory of that night has always been unreliable. Can she remember enough to find her way to safety when the true culprit comes after her?

As I may have exclaimed up above, I’ve been waiting for a post like this since I read my first Nancy Drew book way back in elementary school! Today also happens to be my adorable nephew’s FIRST birthday, so he’s helping me out. Here we are, practicing our detecting skills.  He’s scouting  for clues … inconspicuously of course… while I try to look nonchalantly mysterious behind him.  How are we doing? 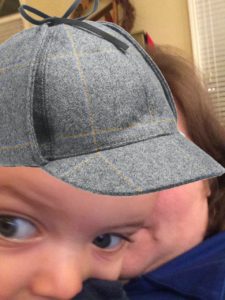 I’ve got the scoop on some of the characters you’ll find in Sins of the Past! Thanks, Lynette & Dani! 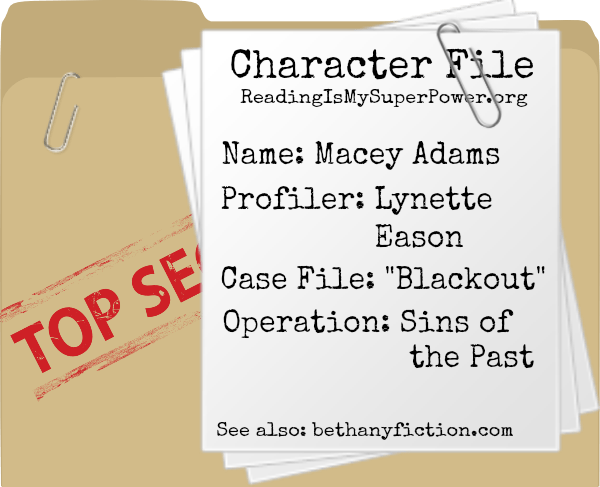 Lynette, A picture is worth a thousand words… but around here we do love words. So, describe Macey in 5 words.

Can you give us a general physical description beyond that?  You know… for the people who MUST have the picture too.

Macey has blond hair and blue eyes and she’s got a deceptively fragile build.

Who or what was your inspiration for Macey?

I didn’t really have an inspiration for her, I just made her up. I knew the kind of character I needed for this story so I created one to fill that need.

What (if any) quirks does Macey have?

She’s extremely independent, but only because she scared to death to ask for help. It seems when she lets people help her, they get hurt—or die.

People have long said that reading is my superpower (hence the blog name. I’m so original lol).  If Macey had a superpower, what would it be?

Probably determination to know the truth. A truthseeker. 🙂

Macey sounds like my kind of character! I think I’m going to identify with her personality a lot. 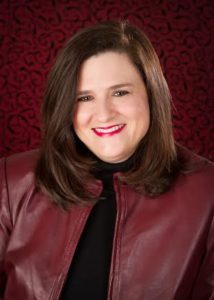 Lynette Eason is the best selling, award winning author of the Women of Justice Series, the Deadly Reunions series, Hidden Identity series and the newly releasing Elite Guardians series. She writes for Revell and Harlequin’s Love Inspired Suspense line. Her books have appeared on the CBA and ECPA bestseller lists. She has won several awards including the 2013 Carol Award for WHEN A HEART STOPS in the Romantic Suspense category. Lynette teaches at writing conferences all over the country. She is a member of American Christian Fiction Writers (ACFW) and Romance Writers of America (RWA). 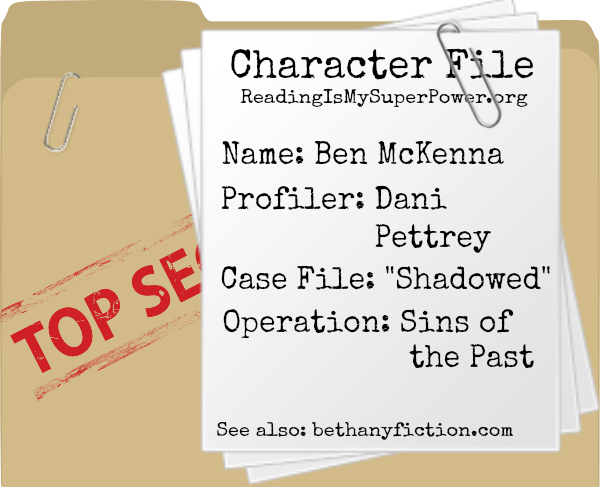 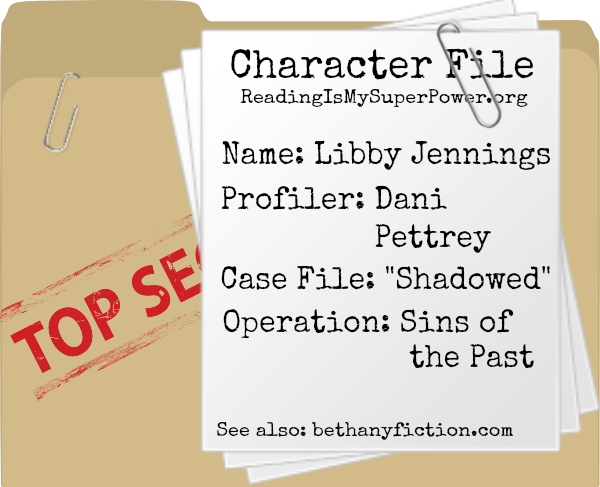 Can you give us a general physical description beyond that?

Who or what was your inspiration for Ben and Libby?

Ben – Ben’s physical appearance was based on Jake Gyllenhaal

Libby – Physical inspiration was Julia Stiles when she has long blonde hair.

What (if any) quirks do Ben & Libby have?

He’s a physicist fisherman if that counts as quirky.

Libby is a journal girl. She writes in her journal every day. If it happens, it’s in there. Where the quirky part come in is how she draws small pictures on the bottom of each page so when you flip all the way through fast, it makes a cartoon.

If Ben had a superpower, what would it be?

Ben loves to get away from it all so I’d give him the superpower of flight so he could fly free whenever he wanted—holding Libby in his arms, of course.

Since she’s a competitive open water swimmer, I’d make her superpower is she can breathe under water.

With Ben, you had me at “sexy”, “witty” and “confederate gray” eyes. 🙂 I LOVE Libby’s journaling quirk – how fun! 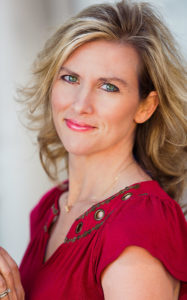 Dani Pettrey is a wife, mom, grandma, and the author of Cold Shot, the first book in the Chesapeake Valor series, and the Alaskan Courage romantic suspense series, which includes her bestselling novels  Submerged,  Shattered, Stranded, Silenced, and Sabotaged. Her books have been honored with the Daphne du Maurier award, two HOLT Medallions, a Christy Award nomination, two National Readers’ Choice Awards, the Gail Wilson Award of Excellence, and Christian Retailing’s Best Award, among others.

She feels blessed to write inspirational romantic suspense because it incorporates so many things she loves—the thrill of adventure, nail-biting suspense, the deepening of her characters’ faith, and plenty of romance. She and her husband reside in Maryland, where they enjoy time with their two daughters, a son-in-law, and a super adorable grandson.

MYSTERY AND MAYHEM UPDATE: This is odd. I got an email from anonymoussuspensereader@gmail.com saying to add this to the post. The email only said, “Not the kidnapping victim. BHP blog post, May 1: 4, 39, 91, 3, 52, 212”. I’m not sure what that means. Another thought: all of the emails/texts/messages so far have been sent at various times between 9 AM – 6 PM Eastern. Possibly indicating a U.S. kidnapper?

(Please don’t give away which character you eliminated from the list of potential victims so other readers can enjoy the fun! If you want to know what the Mystery and Mayhem tour is all about, go here.)

Don’t forget to RSVP to the Facebook Party on June 2nd where Anonymous might make an appearance so we can solve this case!