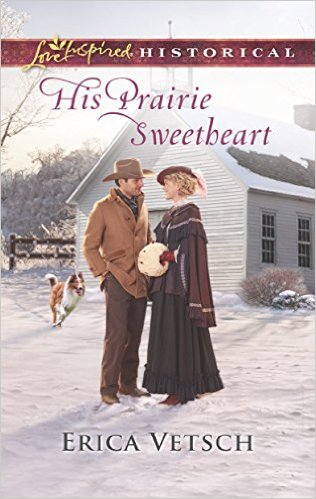 After being jilted at the altar, Southern belle Savannah Cox seeks a fresh start out West and accepts a teaching position in Minnesota. But between her students’ lack of English, the rough surroundings and sheriff Elias Parker’s doubts and distrust, Savannah’s unprepared for both the job and the climate. However, she’s determined to prove she can handle anything her new town throws her way.

Elias gives it a week—or less—before the pretty schoolteacher packs her dainty dresses and hightails it back home. But no matter how many mishaps he has to rescue her from, Savannah doesn’t give up. Yet the real test is to come—a brutal blizzard that could finally drive her away, taking his heart with her…

I loved this book on so many levels! As a teacher, as a northerner who moved South (the opposite of our dear Savannah in His Prairie Sweetheart), as someone who spends a lot of time with people from different cultures, and as a fan of KissingBooks. 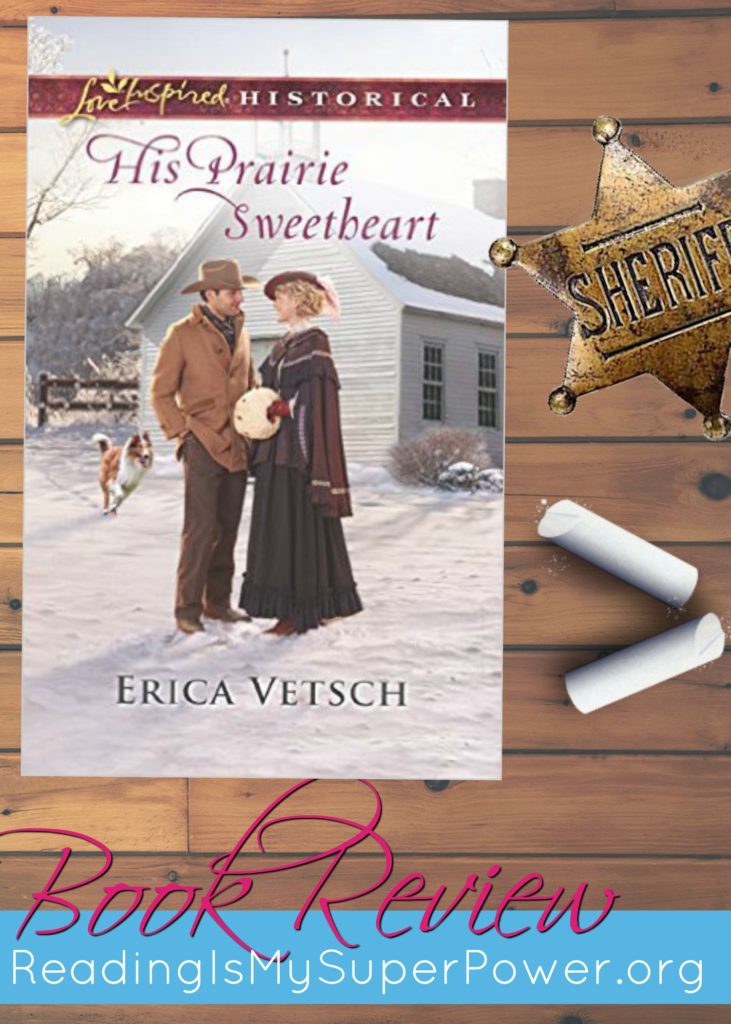 The chemistry between Savannah and Elias is immediate, despite Elias’ reservations and the rather frigid reception he gives the Southern belle.  To his credit, though, she did arrive with more than her fair share of luggage and a hearty dose of blissful ignorance as to both the harshness of the conditions she was facing and the culture of her students. No wonder he figured she wouldn’t last long.  At times, I wasn’t so sure she would either. About the time of the skunk debacle, I would have been long gone….Absolutely after the water pump incident.

Erica Vetsch takes us inside Elias’ head as well as Savannah’s, and I loved the added tension this gave the story.  Particularly the romance angle 🙂 Being privy to Elias’ thoughts let us experience his reactions to Savannah which heightens the emotion of many moments between them.  Even moments when he’s merely observing her interactions with someone else are made all the more heartclenching and yummy. (Yes, ‘yummy’ is a perfectly acceptable review term, thankyouverymuch.)

Besides having to survive the Minnesota winter, Savannah has to survive the Norwegian culture of her new community.  Lots of cute opportunities for laughter here – as well as several heartwarming moments that made me smile. Savannah’s first worship service there was one of the most personally meaningful to me, as well as the inspiration it gave her. I also made a note to self to never ever try lutefisk.

Bottom Line: In His Prairie Sweetheart, Erica Vetsch weaves a tale of romance but also one of faith, friendship, and strength of spirit. Humor is sprinkled throughout, and the chemistry between the two main characters is deliciously palpable. If you’re a fan of books such as the Love Comes Softly series, Melissa Jagears’ Unexpected Brides series, or Tamera Alexander’s Timber Ridge Reflections series, you need to make sure you snag yourself a copy of His Prairie Sweetheart! 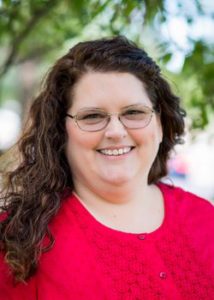 Erica Vetsch is a transplanted Kansan now residing in Minnesota. She loves history and reading, and is blessed to be able to combine the two by writing historical fiction set in the American West. Whenever she’s not following flights of fancy in her fictional world, she’s the company bookkeeper for the family lumber business, mother of two, wife to a man who is her total opposite and soul-mate, and avid museum patron.

Other Books By Erica Vetsch

What about you? Have you ever experienced culture shock during a move?

8 responses to “Book Review: His Prairie Sweetheart by Erica Vetsch”