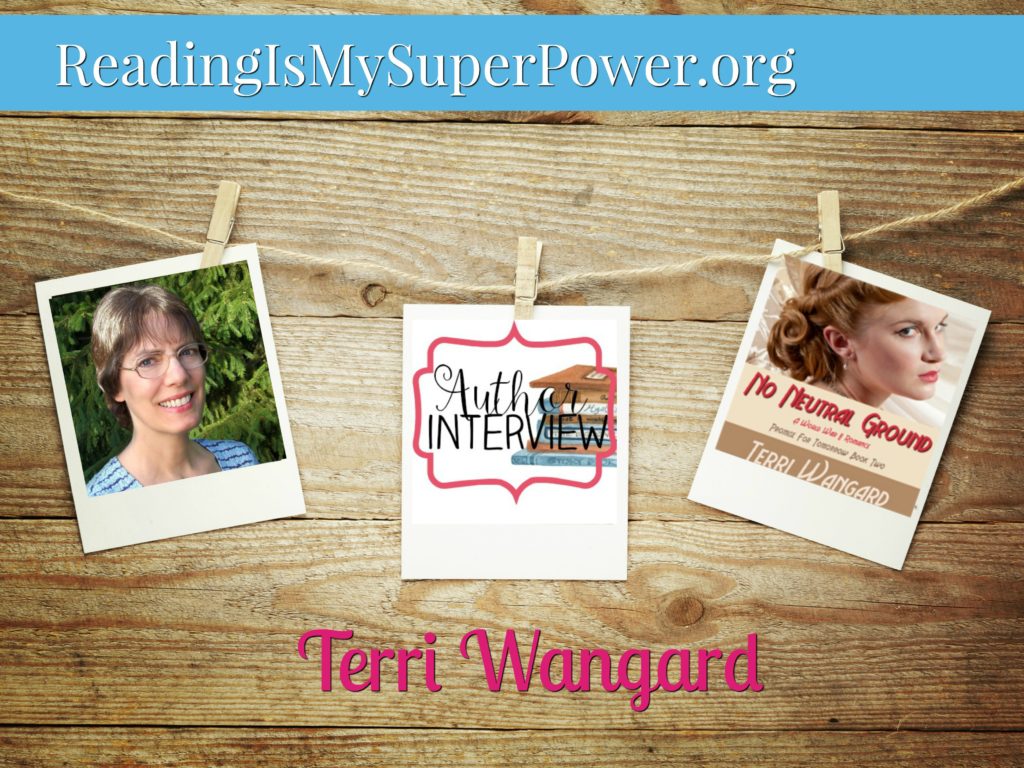 I am delighted to chat with a new to me author today on the blog! 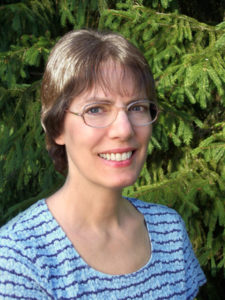 I’ve heard only rave reviews about her first book, Friends and Enemies, a Christian historical romance of second chances set in World War 2 Germany. Her newest book, No Neutral Ground (the second volume in the Promise For Tomorrow series), is also getting rave reviews. No Neutral Ground is set during World War 2, like its predecessor, but this time around the setting is Sweden! 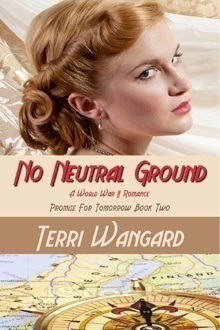 After his father divorces his mother because of her Jewish ancestry, Rafe and the rest of his family flee Germany. Years later, he returns to Europe… as a B-17 navigator. On the ocean voyage, he meets Jennie, an artist journeying to Sweden.

Flying missions against his former homeland arouses emotions that surprise Rafe. Despite being rejected by his homeland, he is troubled by the destruction of Germany and his heart still cries for his father’s love.

Sweden may be neutral, but it’s full of intrigue. Jennie assists the OSS at the American legation in Sweden. She thought she’d be doing passive, behind-the-scenes work. Instead, she’s pushed into an active role to gain intelligence and frustrate the Germans.

How can Rafe and Jennie succeed in their dangerous roles when they are so conflicted?

Welcome, Terri! Let’s start out with my usual “fast four”!

Terri: Apples. I’ve never appreciated the texture of oranges, and I drink No Pulp orange juice.

Carrie: Yes. Apples all the way!

Terri: Summer. Have you driven in a Wisconsin winter? Plus it’s nice to be able to run outside without first bundling up in coat, gloves, scarf, boots. And I’m not a participant in any winter sports.

Carrie: haha! I have, actually. Or, close to it. I grew up in northern northern Illinois, almost in Wisconsin.  Winters are no joke there.  But… that said … winter is my fave.

Terri: Dogs. Dogs tend to be friendlier. I have several dog friends I see on bike rides who enjoy having me stop to pet them. And I’m allergic to cats.

Carrie: Zuzu is quite delighted with your answer. She would like to volunteer to be one of those dog friends should your bike rides ever take you to Kentucky lol. 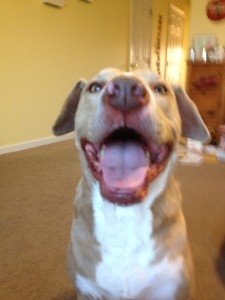 Terri: Neither. My parents didn’t drink either beverage while I was growing up. After church services, there’d be a social time in the fellowship room. Lots of coffee available, and I’ve never cared for the smell since. I tried different flavored tea, but I guess it’s the basic tea taste that doesn’t appeal.

Carrie: I am the exact same way!

Terri: I’m not sure if it’s a superpower or an addiction. Online jigsaw puzzles, mahjong, spider solitaire, Sudoku puzzles in the daily paper. I find them relaxing.

Carrie: Those ARE very relaxing!

I’m always intrigued by what kind of books other people gravitate toward. When you walk into a book store, where do you head first?

Terri: The historical shelf. I read a lot of historicals and memoirs. I’ll also head for the inspirational fiction to see which author friends’ books are available.

Carrie: I go visit my friends in the book store too! Isn’t it fun?!? 🙂

Along those lines, what books are currently “on your nightstand” or your reading pile?

Terri: Just finished Sarah Sundin’s Anchor in the Storm. Since that was a library book, I set aside (and am now back to) Susan Anne Mason’s A Worthy Heart. I have dozens of titles waiting on my kindle. Next up is Jayme Mansfield’s Chasing the Butterfly.

Carrie: I am looking forward to reading Anchor in the Storm in the next couple of weeks, and I LOVED A Worthy Heart! That’s so strange that you mentioned Chasing the Butterfly – as it just crossed my path into my radar of books that look interesting the other day.

Friends and Enemies and No Neutral Ground are both set during WW2.  What inspired you to write historicals during this particular time period?

Terri: I have 17 letters written by distant cousins in Germany in 1947-48 to my grandparents, who sent them care packages. Did these relatives favor the Nazis? Their factory utilized slave labor, but did they want to or were forced to? Using what I gleaned from the letters, I created a family to be proud of during WWII.

Carrie: That’s SO fascinating! I love history like that!!

No Neutral Ground is mostly set in Sweden, the so-called “neutral” country while the rest of the world took up sides. I can’t recall many books set in Sweden – historical or contemporary, certainly not during World War 2, so I am already fascinated by this premise. Was there anything you learned during your research that surprised you about WW2 Sweden?

Terri: Sweden experienced the same shortages as other European countries. The men had to serve in the military and be ready, just in case. Sweden initially favored Germany because they distrusted the Soviet Union.

There are a plethora of WWII novels available now. I chose Sweden because no one else had. I spent a week in Sweden in the mid-90s. Had I known I would one day write about Sweden, I would have made a point to explore the Old City in more depth and take a lot more pictures.

Carrie: I’ve always thought that would have been a difficult dilemma – who to trust? The Soviet Union or Hitler Germany?

When a reader turns the last page of No Neutral Ground, what do you want them to take away from the book?

Terri: Broken relationships can be repaired. Rafe had put his father on a pedestal and was badly hurt by his betrayal. He learned he didn’t know the full story of his family dynamics, and began to understand his father’s position. They were able to reconcile. And through it all, God is the father of the fatherless.

Carrie: Yes, He so is. He is the Daddy to those who have none.

Terri, it’s been so wonderful to “meet” you! Thanks for stopping by to talk with me. Before we say goodbye for today, tell us what‘s coming up next for you.

Terri: Book three in this series, Soar Like Eagles, will release in September. It’ll be a little different than the first two. It does not have two parts, with two stories that merge into one.

Carol wants to do her part for the war, but can she maintain her ideals? Chet joins the air force, hoping to find peace.

32 responses to “Author Interview (and a Giveaway!): Terri Wangard”