Posted May 25, 2016 by meezcarrie in contemporary, historical / 6 Comments 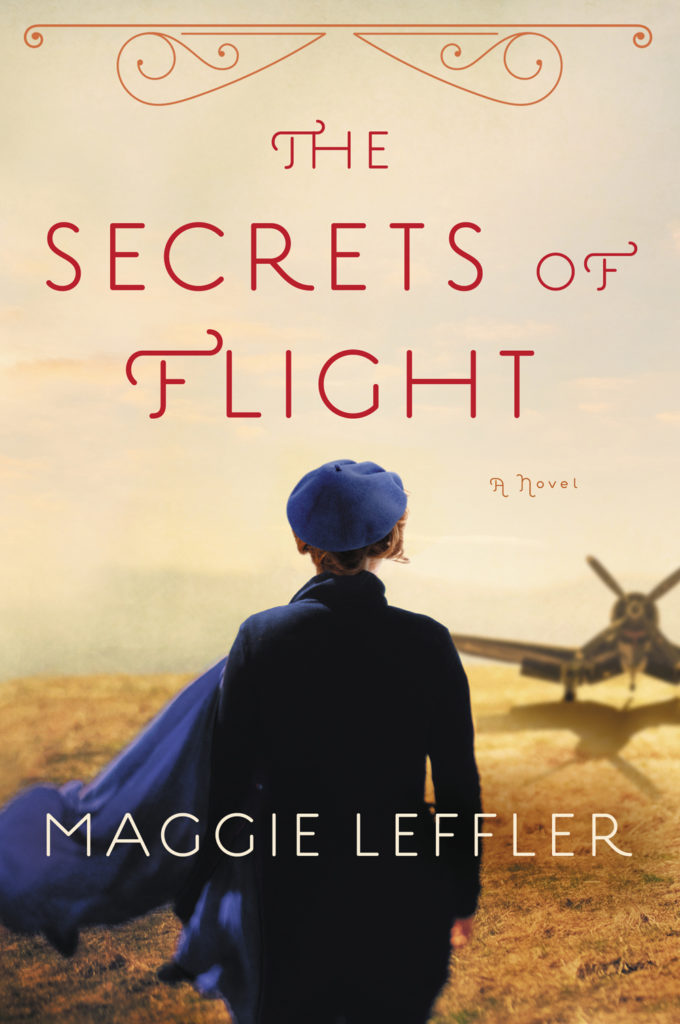 This captivating, breakout novel—told in alternating viewpoints—brings readers from the skies of World War II to the present day, where a woman is prepared to tell her secrets at last.

Estranged from her family since just after World War II, Mary Browning has spent her entire adult life hiding from her past. Now eighty-seven years old and a widow, she is still haunted by secrets and fading memories of the family she left behind. Her one outlet is the writing group she’s presided over for a decade, though she’s never written a word herself. When a new member walks in—a fifteen-year-old girl who reminds her so much of her beloved sister Sarah—Mary is certain fate delivered Elyse Strickler to her for a reason.

Mary hires the serious-eyed teenager to type her story about a daring female pilot who, during World War II, left home for the sky and gambled everything for her dreams—including her own identity.

As they begin to unravel the web of Mary’s past, Mary and Elyse form an unlikely friendship. Together they discover it’s never too late for second chances and that sometimes forgiveness is all it takes for life to take flight in the most unexpected ways.

The Secrets of Flight by Maggie Leffler is rich with characters and history and family and life. It addresses the importance of faith in our formation while spotlighting a host of courageous women from the past as well as the present.

The narrative alternates between the perspectives of the two main characters – Mary/Miriam and Elyse. 87-year-old Mary’s story unfolds as she dictates vignettes from her past to Elyse, whom she’s hired to type her memoir.  We learn Elyse’s life in “real time” once her path intersects with Mary’s. Though her story is full of the usual teenage angst, Elyse herself is an old soul in many ways. But in other ways, she’s very much the adolescent that she really is. 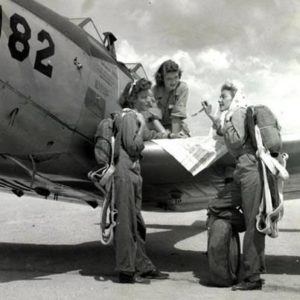 And in still others, she’s a little girl whose safe places are all being taken away. In Mary she finds a safe place set apart from her normal circles, and Mary finds one in Elyse too. Together, they may make an unlikely pair but a delightful one nonetheless. I would enjoy knowing both of them – as well as their rather eccentric writing club!

As far as this dual first-person perspective, it flows quite well. It took a bit, early on, for me to figure out which voice was narrating at any given time – until orienting facts were given – but as the story progressed and I became acquainted with their distinctive voices I had no more problems telling them apart.

The historical vignettes were fascinating – a glimpse into life as not only a Jew in America during WW2 (discrimination wasn’t only going on in Germany) but also life as a woman in America during WW2.  A woman who wants to fly. In love with a man who wants to be a doctor. She runs into roadblocks because she’s a woman (being a Jew didn’t seem to matter – the ‘woman’ card seemed to sufficiently shut down her dream). He runs into roadblocks because he’s a Jew. In order to be together and to achieve their utmost hopes in life, both Miriam and Sol make painful, heartwrenching sacrifices that have longlasting consequences. Consequences that span families and generations. Consequences that create in Mary a lifetime reflex of creating secrets and of keeping them. 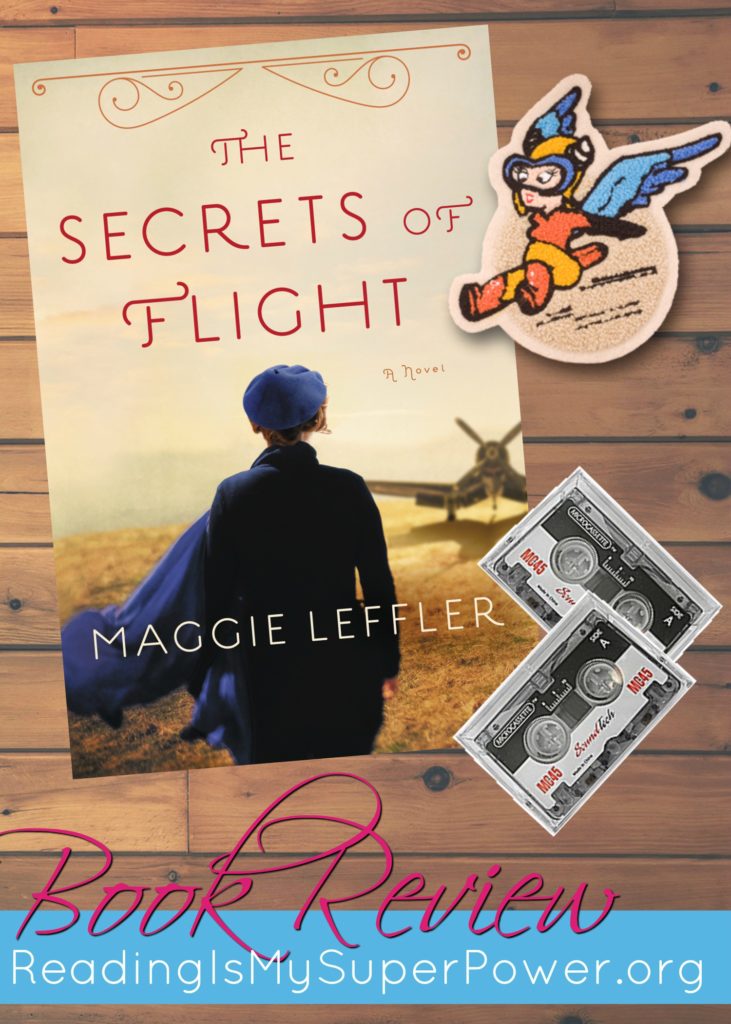 At least … until an awkward adolescent in braids wanders into Mary’s writing group one day. Something inside Mary stirs, a memory of another awkward adolescent in braids – a girl she knew once upon a lifetime. A friend. A sister. And Mary’s heart opens to Elyse, at at time when Elyse most needs someone to treat her as a real person, as a grownup. And soon Mary’s story isn’t far behind and that’s when The Secrets of Flight really takes flight.

Bottom Line: Engaging from word one, Maggie Leffler’s latest novel is a mix of not only historical and contemporary but a mix of heartwarming and heartwrenching as well. You will laugh and cry and sink into this story as it envelops you like a warm blanket.  Yet, it’s not a sunshine and roses type of story. There is family drama. There is medical drama. There is historical drama. Life isn’t always pretty, and it certainly wasn’t pretty during the era of World War 2 America. While Leffler shines a light on some less than stellar moments, she also spotlights courage and love, as well as faith and hope that endure despite insurmountable odds.

Reviewer’s Note: This is a general market book and while I realize that some profanity is to be expected, the amount and degree was at times much more than I prefer. 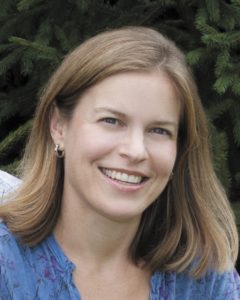 Maggie Leffler is an American novelist and a family medicine physician. A native of Columbia, Maryland, she graduated from the University of Delaware and volunteered with AmeriCorps before attending St. George’s University School of Medicine. She practices medicine in Pittsburgh, Pennsylvania, where she lives with her husband and sons. The Secrets of Flight is her third novel.

6 responses to “Book Review: The Secrets of Flight by Maggie Leffler”