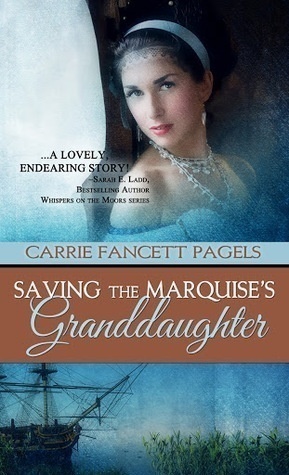 In a land fraught with religious strife, they must break the barriers between status and faith to forge a fresh future in a new world… After her Huguenot father is arrested, aristocrat Suzanne Richelieu escapes Versailles. Handsome German peasant, Johan Rousch, risks his life to bring her to the safety of his family’s farm in the Palatinate duchy, but when Suzanne’s brother and the French army arrive with a warning that they plan to burn the area, she and Johan are forced to flee. With no money or options, both become indentured servants in exchange for safe passage to Philadelphia. Suzanne falls gravely ill aboard ship and marries Johan, only to survive with no memory of the wedding—a reality made worse when Johan spots the “priest” who married them working as a surveyor and later in Quaker cleric garb. Are their wedding vows valid? When Suzanne’s former fiancé arrives in port, planning to abduct her, Johan must save her again—but can he do so before Suzanne is lost to him forever?

Purchase your copy of Saving the Marquise’s Granddaughter here.

A Note From Carrie Fancett Pagels

Hi, I’m Carrie Fancett Pagels, so excited to see this particular book “baby”, Saving the Marquise’s Granddaughter, finally being “born!” I started working on this over eight years ago! 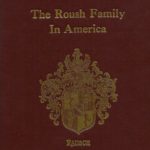 Would you believe it was a genealogical search that began this story? We had a lot of research on my father’s side of the family but not on my mother’s. Sites like Ancestry.com were getting big. One of my mother’s cousins posted the genealogy that he’d found, on one of the genealogy sharing sites and I got that information but only back to where I found two Rousch cousins marrying. I honestly didn’t want to go on after that, as it appeared they were first cousins – yikes! But after praying about it, and knowing my mom was curious, too, I went forward.

While I am interested in genealogy, as a former psychologist, I’m more interested in people’s stories.  So when I discovered that the two cousins were the grandchildren of Johan Adam Rousch, who had been acknowledged 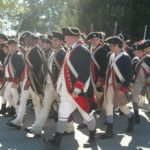 because nine of his ten sons had fought in the American Revolution, I wanted to know more about him and his family and ancestors.  Since there were books already written about him, I went up to the University of Virginia Rare Books Library and read what people had to say about the real life Johan. He sounded fascinating. He was an immigrant from the Palatinate of Germany and lived in the western part of Virginia, after immigrating via Pennsylvania.

I had joined the American Christian Fiction Writers (ACFW) group and had been working on a novel set in the Charleston, South Carolina area, where I’d previously lived. I got so interested in Johan and his story that I began to write. But I couldn’t wrap my mind around Susanna, his real life wife who likely also came from the Palatinate, possibly on the same ship. No matter how I tried to work on her, through various writing classes I took, I couldn’t make her “real” because she just wasn’t speaking to me. I tried and I have the old scenes to prove it! 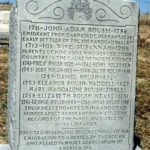 When I write, I pray. I asked God to show me scriptures for each scene, which were included on my rough drafts (they are not there in the final novel.) I did some research, at the library, and a massive tome about the Hundred Years War was recommended to me and one on European History from that time frame. By learning of some of the reasons the Palatinate was persecuted, such as the French punishing them for taking in Protestants, I began to imagine a different sort of heroine for my story. Of course, although the story was inspired by Johan and Susanna, this book is fictional. That freed me up for God to inspire me to make this story about faith. A core tenet of the book is that we must find our own faith – we cannot “borrow” it from someone else!

Since I was still practicing as a psychologist, as I developed Suzanne’s character I included traits that would be common in someone in the situation she was in. She’s living in an aristocratic French family, with parents who are actually of the Huguenot faith. If they are discovered there can be drastic consequences, including death. So a young lady like that may become more obsessive and compulsive as a way of dealing with that anxiety.

I hope those who read this story will be inspired by the message of overcoming and of finding one’s own path to faith in the Lord!!!

Saving the Marquise’s Granddaughter had me on the edge of my seat almost from word one, and I’m not sure I relaxed until I reached the author’s notes at the end. Twists and turns, danger, intrigue, romance, faith, history – Carrie Fancett Pagels has seamlessly woven a little bit of everything into this fascinating story. I’m also something of a family history buff (passed on to me from my grandfather and his sister Lucy, whom I take after) so the book became even more fascinating to me when I learned it was loosely based on Carrie’s ancestry.

On a side note (and then I’ll get back to the review, I promise), this is the second book I’ve read lately that’s had something to do with researching genealogy and family stories. The first was Suzanne Woods Fisher’s The Quieting. I have found that discovering where you came from – the history that has shaped you – can give you a clearer picture of why you’re here and where you’re headed. When I started researching my own ancestry, I discovered that I come from a long line of church planters (Methodist, Baptist, Anglican, etc.).  The day I stood in the very first – the inaugural – service of the church plant we attend, I felt this sense of connection with all the church planters in my family tree. It was really special and something I will long remember 🙂 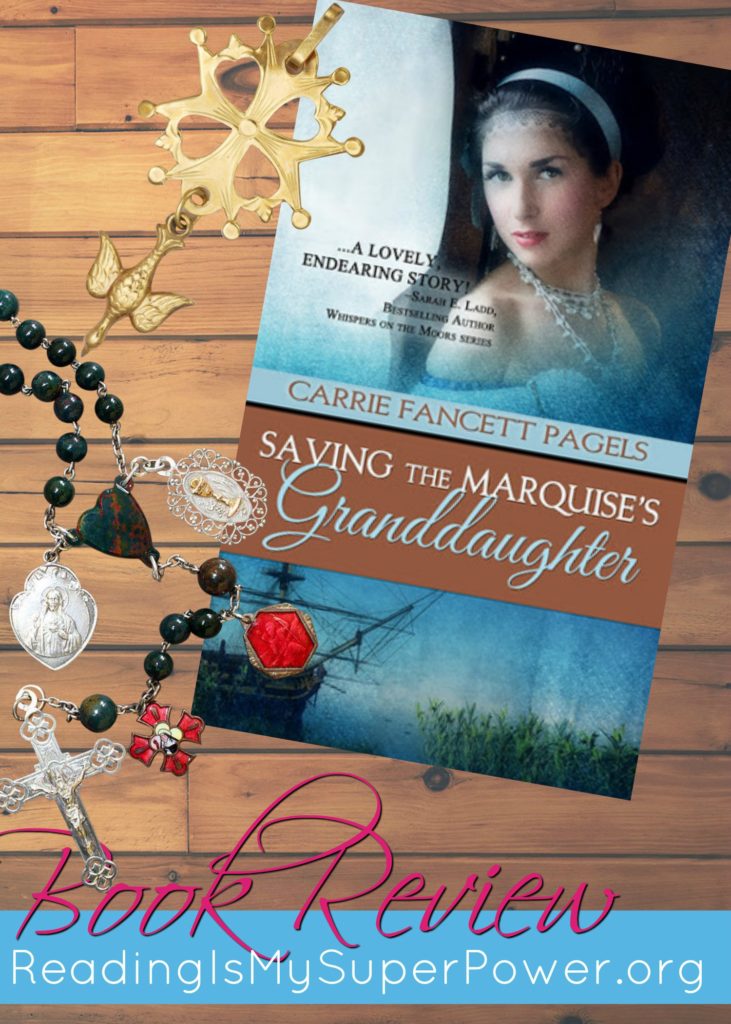 Anyway, back to Saving the Marquise’s Granddaughter! Suzanne’s story is tragic and yet full of moments of hope despite the sorrow. Religious persecution, religious confusion, family tragedies … not to mention running for her life while grieving phenomenal losses. And then she meets Johan, who is a giant sleepwalking teddy bear of a German. Full of joy but faithful with the weighty responsibilities he’s been given. In fact, most of the characters in the book are multi-dimensional like this, adding texture to the story and making their personalities come to life on the pages.

Johan rescues Suzanne several different times over the course of the book, in many different capacities. First on a mission from his uncle, then as her friend, then as the man who loves her fiercely, then as her husband. And yet, the greatest rescue in the book comes not from Johan but from the One who had been pursuing Suzanne all along. Jesus, the Shepherd, the One who gently taught her that her faith had to become her own. Not her grandmother’s. Not her parents’. Not her newfound friends’. Hers. Suzanne’s. An important lesson during that time of religious persecution and an important truth for us to embrace today as well.

Bottom Line: Friendship, faith, courage, and love blend with intrigue, adventure, and history to create a story that will captivate you from the first page to the last.  Carrie Fancett Pagels has done her research, and it’s evident in the attention to detail, language, and setting. But none of those elements border on tedium; instead, they act as a fascinating backdrop for a period in history during which brave men and women carved a path for us to follow.  Suzanne and Johan leap off the page and into your heart, and if you’re like me, you want more! So, Carrie, consider this your plea to make this into a series!! I mean… we have the same first name…. that should give me a little bit of bargaining leverage, right? 😉

KissingBook Level: 4 / Keep that fan and fainting couch handy as the story progresses!

Purchase your copy of Saving the Marquise’s Granddaughter here. 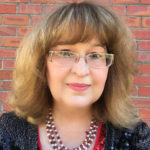 Carrie Fancett Pagels is a multi-published award-winning author of Christian historical romance.  Twenty-five years as a psychologist didn’t “cure” her overactive imagination! She resides with her family in the Historic Triangle of Virginia, which is perfect for her love of history. Carrie loves to read, bake, bead, and travel – but not all at the same time!

Other Books By Carrie Fancett Pagels

I’ve got TWO giveaway opportunities for you! 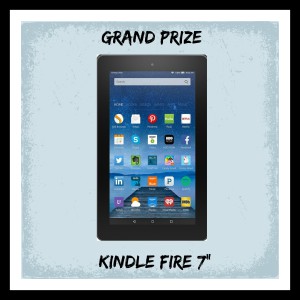 To celebrate her tour, Carrie is giving away a Kindle Fire 7, one signed copy of Saving the Marquise’s Granddaughter along with Postcard & bookmark and Fleur de Lis Earrings.

Carrie has also graciously offered an ebook copy of Saving the Marquise’s Granddaughter to one of my readers!


What about you? Has knowing your family history inspired you in your present?