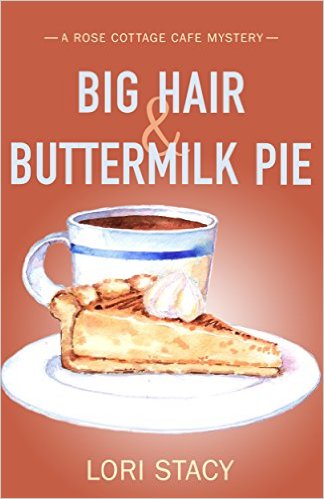 Mandy Hemphill is living her dream, running the successful Rose Cottage Cafe in Orchardville, Texas, from the ground floor of a converted, old—and possibly haunted—downtown home. She even had plans to grow her business with a new outdoor patio…if only the mayor wouldn’t have turned her down.

So when the beloved mayor is found murdered, Mandy finds herself among the suspects. And now business at the cafe is dropping faster than a fallen soufflé. How can she prove her innocence and save the Rose Cottage Cafe?

Thankfully Ben, the new owner of The Orchardville Gazette, doesn’t believe she’s guilty. As the two of them set out to find the real killer, they uncover one small-town lie after the next. But the closer they get to learning the truth about who killed the mayor, the more in danger they find themselves.

Big Hair and Buttermilk Pie is a light, easy-reading, cozy mystery sure to make you drool over the yummy food that passes through the pages. It’s a promising starting to a new series – with several elements introduced into play that 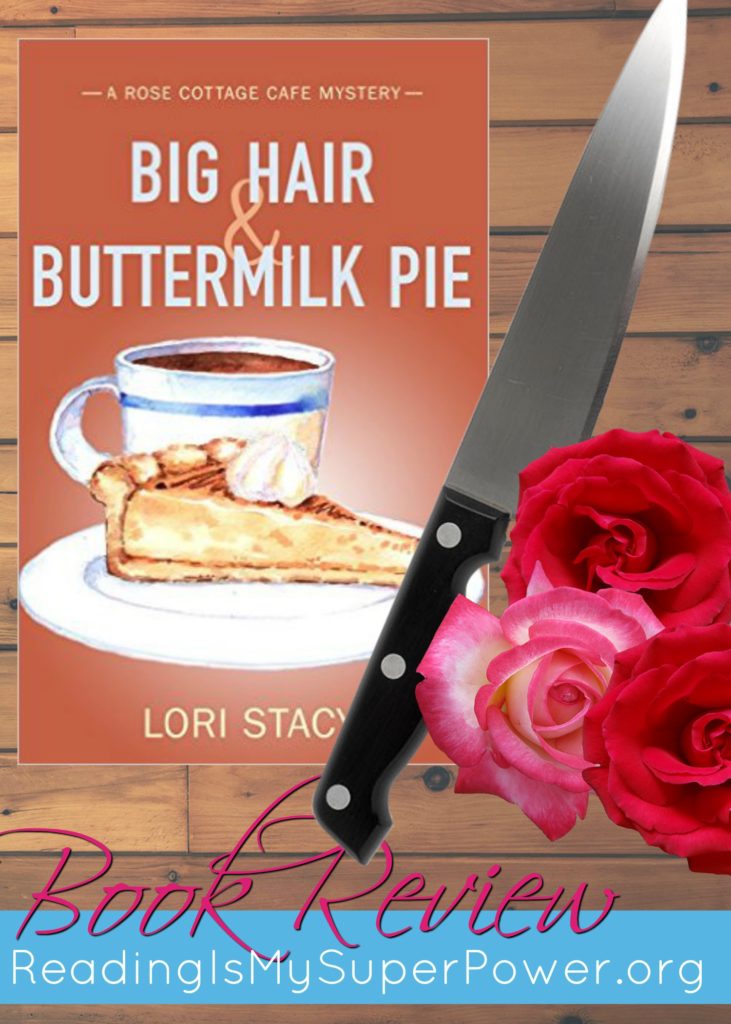 may play a key role in later books.  Namely, a possible ghost named Wilcox and a potential love interest named Ben (not for the ghost… for the main character Mandy lol).

Mandy is the typical cozy mystery main character – owns a small business, argues with the mayor, becomes a suspect in the mayor’s death, works with the hunky upstairs neighbor to solve the murder before she ends up in jail. She has a roommate with a bit of an alcohol problem (who works at city hall) and enjoys rising success in her cafe. Now, if only the city would approve that patio she wants!

Bottom Line: Fans of cozy mysteries will feel right at home with this new series, and fans of baked goods in general will be craving a run … to their local bakery … by the time they’re finished reading.  It’s light and a little fluffy and has enough layers to satisfy both the people who like to solve the mystery ahead of the characters and those who prefer to stay in the dark. I could easily see this as one of those Hallmark Mystery movies with the bits of humor, hint of a brewing romance, and the “big hair” characters. 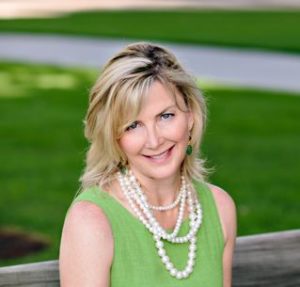 After her twenty-year career in magazine publishing came to a screeching halt faster than you can say “print is dead,” Lori Stacy decided it was time to finally turn the many stories she had been crafting in her head over the years into books.

Lori has authored a number of fiction and nonfiction books for young adults, has written articles for both print and online publications, and has written about hotels for one of the world’s leading search engines.

She lives in Texas with her husband and three children. When she is not writing, you can usually find her in the kitchen baking treats (which she says are for her children) or trying to train their hundred-pound golden retriever, an obedience school dropout.

You can find out more about Lori and her latest books at www.loristacy.com, provided she didn’t forget to pay her web hosting bill.

What about you? Would you prefer “big hair” or buttermilk pie? 🙂

23 responses to “Book Review (and a Giveaway!): Big Hair and Buttermilk Pie by Lori Stacy”