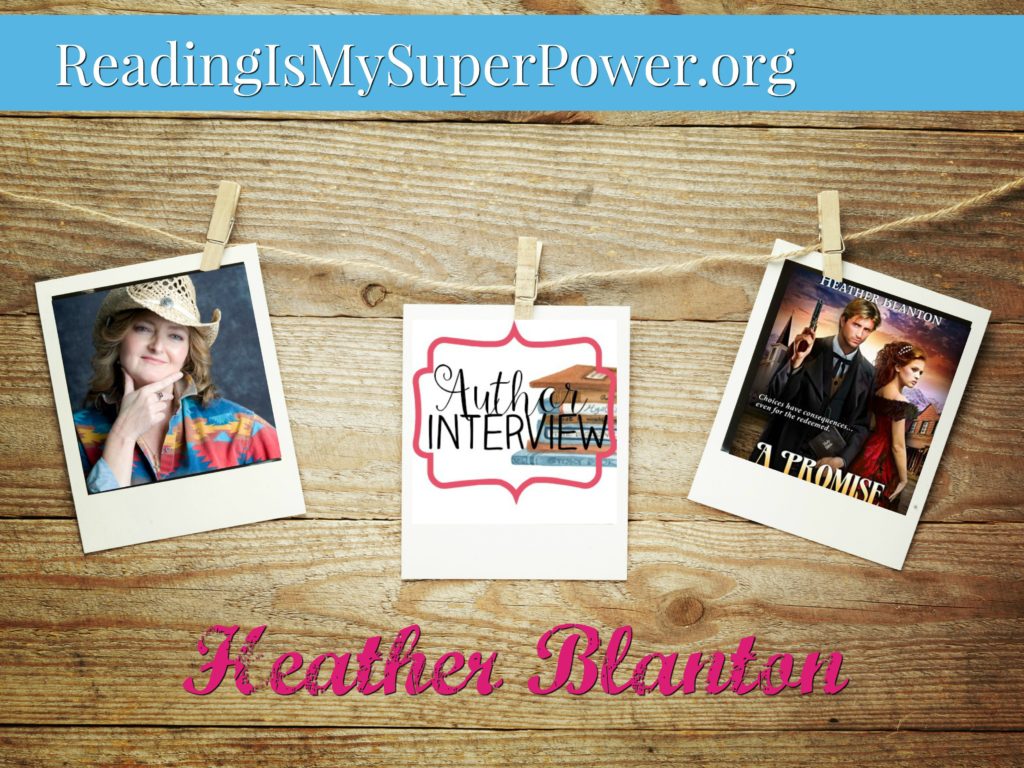 I am very pleased to have author Heather Blanton with me on the blog today! A Promise in Defiance, the third book in Heather’s popular Romance in the Rockies series releases June 22nd, and we’re chatting about that as well as westerns and movie scripts and superpowers.

Heather Blanton is the independent bestselling author of several Christian Westerns, including the Romance in the Rockies series, which has sold over 40,000 copies. Intrigued by the concept of three good sisters stranded in a lawless Colorado mining town, a few notable Hollywood producers have requested the script for her first book in 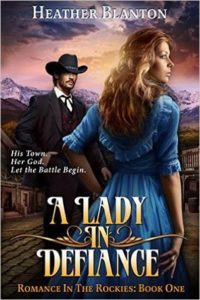 that series, A Lady in Defiance. Heather’s writing is gritty and realistic. In fact, her books have been compared to AMC’s Hell on Wheels series, as well as the legendary Francine Rivers book, Redeeming Love.

A former journalist, Heather is an avid researcher and skillfully weaves truth in among the fictional story lines. She loves exploring the American West, especially ghost towns and museums. She has walked parts of the Oregon Trail, ridden horses through the Rockies, climbed to the top of Independence Rock, and even held an outlaw’s note in her hand.

She writes Westerns because she grew up on a steady diet of Bonanza, Gunsmoke, and John Wayne movies. Her most fond childhood memory is of sitting next to her father, munching on popcorn, and watching Lucas McCain unload that Winchester! 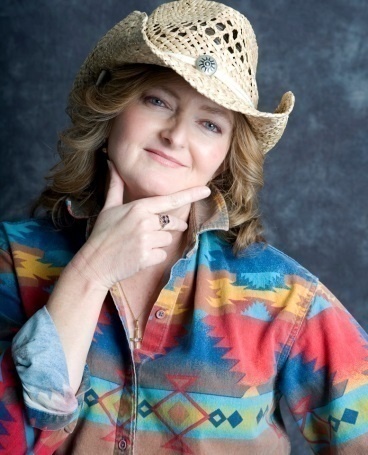 She can be reached several different ways:

Christian Westerns is the genre that lets her write about strong pioneer women and men who struggle to find God and then live out their faith in real ways. Romance is always a strong element in her stories because it is such a beautiful gift from God, and a perfect reflection of how he loves His children: sacrificially and lavishly. Heather’s stories aren’t preachy or cheesy, but she hopes they are heart-warming, realistic, illuminating, and glorifying to God. Like good old fashioned Westerns, there is always justice, a moral message, American values, lots of high adventure, unexpected plot twists, and more than a touch of suspense.

“I believe Christian fiction should be messy and gritty, because the human condition is … and God loves us anyway.” —Heather Blanton

Welcome to RimSP, Heather! Let’s start you out with our “fast four”!

Heather: Oranges if they’re navel. Big as a softball and juicy! No seeds!

Carrie: No seeds is key.

Heather: Winter. You get to wear the best clothes and BOOTS in the winter.

Carrie: haha! Clothes ARE better in the winter.

Heather: Well, I breed long hair German Shepherds and have two rescue cats in the house. Because we can all get along.

Carrie: Zuzu says that is up for debate 😉 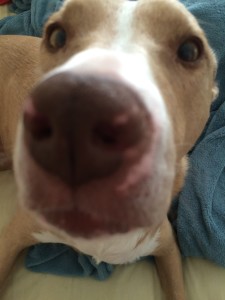 Heather: Is that a trick question. It’s COFFEE. Java. Joe. Elixir of the gods. Magic beans.

Carrie: Yuck. lol. But I have many many friends who would agree with you wholeheartedly, leaving me in a distinct minority!

Heather: Completely perfect aim. I hate missing when I shoot.

Carrie: Ha!! You could probably give me some pointers.  I went to a shooting range with my brother once – I had the time of my life but shot like it was my first time (because it was). But I felt like a FBI agent and my brother was the one who broke a nail, not me. So, all in all, I think I won the day.

Carrie: The Last Sin Eater is one of my very faves by Francine Rivers, and it’s not one that I hear people mention a lot. I’m due for a reread of that one sometime soon…

Since you write Christian historical westerns, I’d like to know – If you could live in any classic Western movie or TV show, which one would you choose and which character would you want to be? 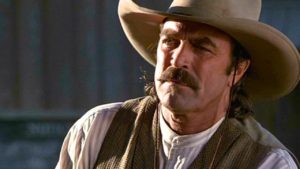 Heather: It’s a toss up. I would either be the cattle baroness with the ranch adjacent to Ben Cartwright’s place. You know, that little spread called the Ponderosa. Or I’d be Ann Rodney in love with Rafe Covington—Tom Selleck—in Crossfire Trail. Either way I get a big ranch and a handsome man!

You have said, “I believe Christian fiction should be messy and gritty, because the human condition is … and God loves us anyway.” (I completely agree, by the way!) How has this belief affected your writing?

Heather: When I wrote my first book, I just wanted to tell a story that was inspired by my sister’s life. What amazed me was the way people responded! I’ve had widows write and tell me they were One woman told me she cried when Naomi said to God, “I don’t like You very much right now.” She’d said those very words. Another woman left a review on Amazon and said the story reawakened her sleeping faith. Wow. Hence, I want to write stories that have an impact like a meteor. I want to show God at work in the muck and pain of our lives…because He is.

Carrie: Yes! Absolutely! He so is… and some of my favorite-favorite books are those that have impacted me like that. 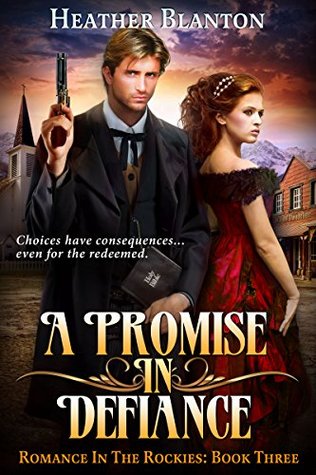 Your newest book, A Promise in Defiance, releases June 22nd! In this third book in the Romance in the Rockies series, we follow up with some familiar characters and meet a new face or two as well. Of all the characters in Defiance so far, who has been your favorite to write?

Heather: Charles McIntyre, that sexy Southern boy. He is such a complex character. I love how he fought his attraction to Naomi, didn’t understand it, and then totally embraced what a better life he could have with her and Christ. He loves her deeply and unconditionally and that helps him understand his relationship with God. Now, walking out his faith in a town as mean as Defiance is challenging, especially in Book 3. He asks at one point how does he fight evil if not with evil? Of course, God has the answer.

Carrie: Sexy, Southern boy? I’m in! And that question – how do we fight evil if not with evil – is such a timely question for the world we live in today. I’m eager to see how God answers Charles 🙂

What do you most want readers to take away from A Promise in Defiance?

Heather: I’ve seen it over and over: new Believers come to Christ, and then fall away when life gets hard or doesn’t go their way, especially if it’s because of past choices. Somehow they think God not only wipes away their sins, but the consequences too, and they’re gonna spend the rest of their lives tip toing through the tulips. Well, Jesus promised us that in this life we would have trouble. So what He really does is give us the strength to stand when everything around us is falling apart—especially if our own choices are the cause of that destruction. We can stand the storms because we know He has a purpose and a plan for us.

Carrie: Amen. Heather, it’s been so nice to “meet you”. Thanks for stopping by to chat!

Before we say goodbye for today, tell us what‘s coming up next for you. I’ve seen a rumor floating around about a movie script??

Heather: I wrote a script for my first book, A Lady in Defiance and it has been perused by some producers in Hollywood like Brian Bird and Mark Headly. Fortunately, the script has garnered some serious interest so now I am trying to decide if I want to accept an offer to be represented and let the agent shop it around, or if I want to work with a professional screen writer and we’ll sell it ourselves. I’m just not sure at the moment. God’s got his hand on this book. He has from the beginning so I think you’ll be seeing it on the screen one day!

Thank you for letting me visit! I enjoyed these fun questions!

Carrie: My pleasure! I enjoyed your fun answers 🙂 Come back anytime!

You can preorder A Promise in Defiance here.

Other books by Heather Blanton

Heather is offering a fantastic giveaway to my readers!

2 paperbacks and 2 ebooks of A Promise in Defiance are up for grabs!

(Paperbacks open to US mailing addresses only, ebooks open internationally)

92 responses to “Author Interview (and a Giveaway!): Heather Blanton”