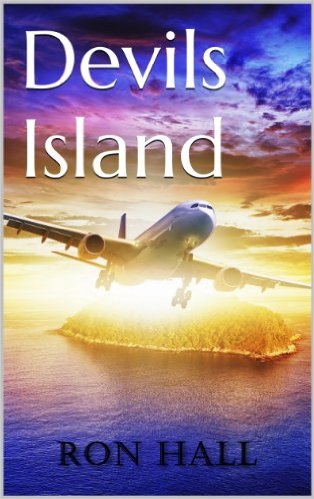 30-something medical equipment salesman Ray Feldman and the rest of his colleagues have just been laid off thanks to a business restructuring.  He’s not sure what he’ll do next, but he trusts that God has a plan which He will reveal to Ray in due time.

Nineteen-year-old Joe Ryan hates his night shift job stocking shelves at the local grocery store in rural Nevada, but his dad gave him an ultimatum: get a job or go back to school.  High school wasn’t really his thing, so he certainly doesn’t want to go to college. And while the night shift stocking job is pretty awful, it beats a lot of the jobs he’s seen in the Help Wanted ads.

Joe applies to participate in the survival contest advertised in the classifieds, thinking the money would be the answer to all his current woes. From his home in small-town Georgia, Ray sees the same want ad and also applies. After all, he reasons, what does he have to lose?

With much secrecy, Ray, Joe, and the other eight contestants who made the cut are shuttled to an isolated island and left with the barest supplies and one instruction: Survive.

But they aren’t the only ones on the island… and what’s out there is more terrible than they could ever have imagined.

Wow! What an intense book!

It’s like Survivor and Lost all rolled into one with a few unique twists along the way.

Fair warning: Don’t get too attached to any one particular character in Devil’s Island, because he/she may or may not survive. The island (and Ron Hall, by default) was not a respecter of persons … nor a respecter of the characters I happened to like lol. There’s not a lot of time spent on grieving either – mostly because there ISN’T time to spend on grieving. Sit still for long and people will be grieving you, next.

With as many books as I read, I usually have a fairly good idea of where a story is headed. Not so in this case. I honestly didn’t know what to expect around each new turn or drop-off, and because the island-driven plot was so intense I appreciated the occasional forays into an ongoing criminal investigation back on the mainland. It provided some time to breathe (lol) as well as give my tense shoulders a chance to relax, but I confess that I really mostly just wanted to GET BACK TO THE ISLAND to see who would survive.

Bottom Line: While the writing style isn’t my favorite, the sheer intensity of the plot kept me frantically turning pages and tuning out everything else except what was going on that island. I needed to know what was going to happen next, even as I dreaded it, and I’m pretty sure my nails haven’t been bitten this close in quite some time. Speculative fiction isn’t normally my thing, but if it’s written just close enough to the realm of possibility to be plausible in the right circumstances I am willing to give it a try. Devil’s Island is one such book, and I’ve just started reading Ron Hall’s newest novel Bobby Jenkins which is proving to be the same way.  If you were addicted to Lost (and who wasn’t?!?), you’ll want to grab a copy of Devil’s Island.


Reviewer’s Note: Though this is classified as Christian fiction, and does in fact have a main character with an active relationship with Jesus, there are some curse words scattered throughout as well as a propensity of men who seem fixated on women’s physical assets.

What about you? Under what conditions would you have applied for a survival contest advertised in the classifieds with a payout of $1,000,000?