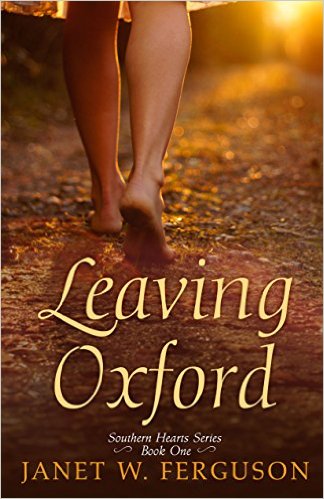 Escaping home to Oxford, Mississippi, seemed like a good idea. Until it wasn’t.

A year after a tragic accident in Los Angeles flipped her world upside down, advertising guru Sarah Beth LeClair is still hiding away in her charming hometown of Oxford, Mississippi. And she may well be stuck there forever. Suffering from panic attacks, she prays for healing. Instead, her answer comes in the form of an arrogant football coach and an ugly puppy.

Former celebrity college quarterback Jess McCoy dreamed of playing pro football. One freak hit destroyed his chances. Although he enjoys his work as the university’s offensive coordinator, his aspirations have shifted to coaching at the highest level. His plans of moving up are finally coming together—until he falls for a woman who won’t leave town.

As the deadline for Jess’s decision on his dream career looms, the bars around Sarah Beth’s heart only grow stronger. But it’s time to make a decision about leaving Oxford.

“When would she ever learn? Brain first. Then mouth.”

Janet Ferguson’s novel Leaving Oxford is sweetly southern with characters who feel like friends and a plot that immediately engages. As Sarah Beth’s story is revealed by layers, you not only see her; you also see the grace of God. 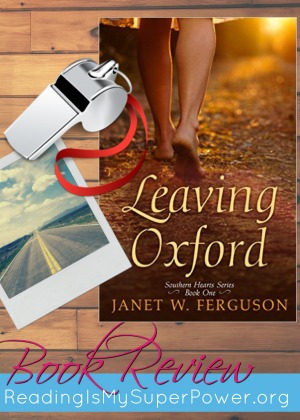 Sarah Beth LeClair is honest and compelling but also just plain adorable. Jess McCoy is just plain hot. And Gingie the dog is an adorably hot mess. And I can’t forget to mention precocious little Katie with her sassy southern drawl. Or her hunky widowed dad Nick. Or Jill. Or a host of other characters that march through the story and leave you smiling in their wake. A few may leave you in tears, too.

Leaving Oxford is ultimately a story of prodigals – of those who’ve already come home, of those still on the journey back, and of those still far away.  They aren’t perfect people by any means, and even the reformed prodigals have pasts that could be full of regret if Jesus wasn’t all about redeeming us from shame.  There is joy in returning to Jesus and there is joy in meeting Jesus for the first time; Janet Ferguson captures these reactions beautifully in her characters and the plot.

Leaving Oxford is also a story for anyone who’s ever struggled with the disease of anxiety, especially those who feel like their faith should be enough to fix it. Because, sometimes you can do all the “right” things – pray enough, read your Bible enough, trust Jesus enough – and those pesky chemicals in your brain still don’t behave the way you want them to. Leaving Oxford reassures you that it’s okay, that there’s still hope (and help!), and that it doesn’t mean your faith in Jesus isn’t “enough”.  There are many avenues of treatment that can work hand in hand, helping the chemicals fall into place so your brain can do what it knows to do with the faith that you hold dear. 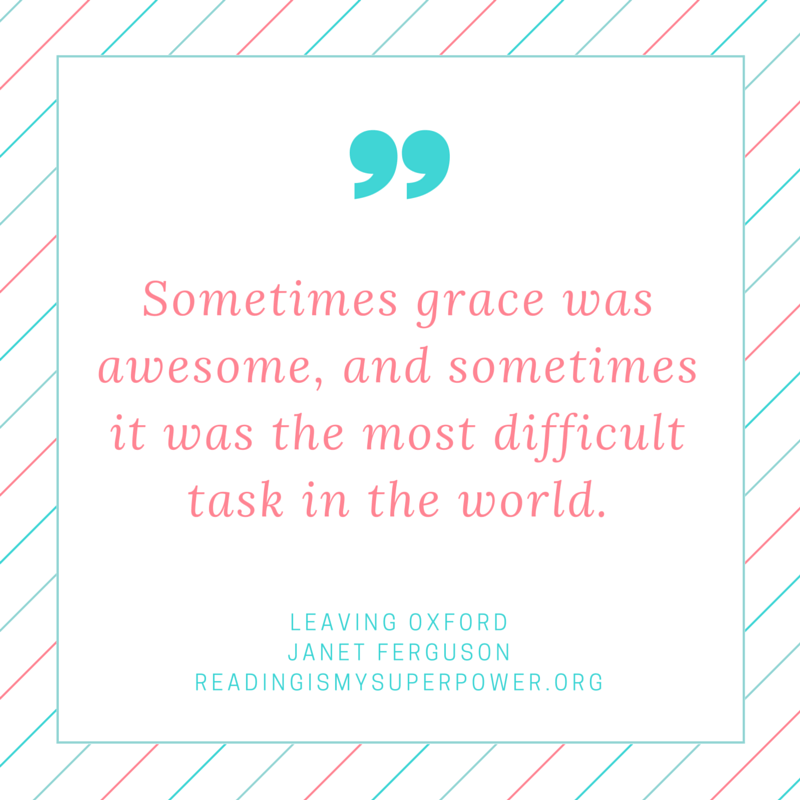 Bottom Line: Janet Ferguson creates a setting so vivid that you will feel the Mississippi humidity draping over you as you read, and even the staunchest Yankee may develop a bit of a southern drawl by the time you’ve finished Leaving Oxford. The romance between Jess and Sarah Beth is one of those delicious slow-burn kind that has you craving that first kiss almost as much as they do! Cute humor, sweet friendships, and a meaningful message elevate Leaving Oxford beyond a simple romance, and the characters guarantee that you go one-click the next book Going Up South as soon as you finish this one. (Side note: I thought, as I was reading Leaving Oxford, that I knew who Going Up South would be about. I was almost completely wrong LOL. But it turned out better than I anticipated, so I’m okay with that 🙂 ) There is a lot of “church speak”, which in the South is common vocabulary anyway lol – and some moments where I felt the story took a break for a sermon or two – but it didn’t really detract from my overall enjoyment of the novel.


KissingBook Level: 3.5 / May forget to breathe on occasion & might need a fan for more than just the Mississippi heat 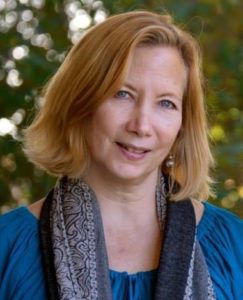 Other Books by Janet W. Ferguson

Janet is offering one of my readers an ebook of Leaving Oxford!


What about you? Southern drawl, northern twang, or something in between?

79 responses to “Book Review (and a Giveaway!): Leaving Oxford by Janet W. Ferguson”