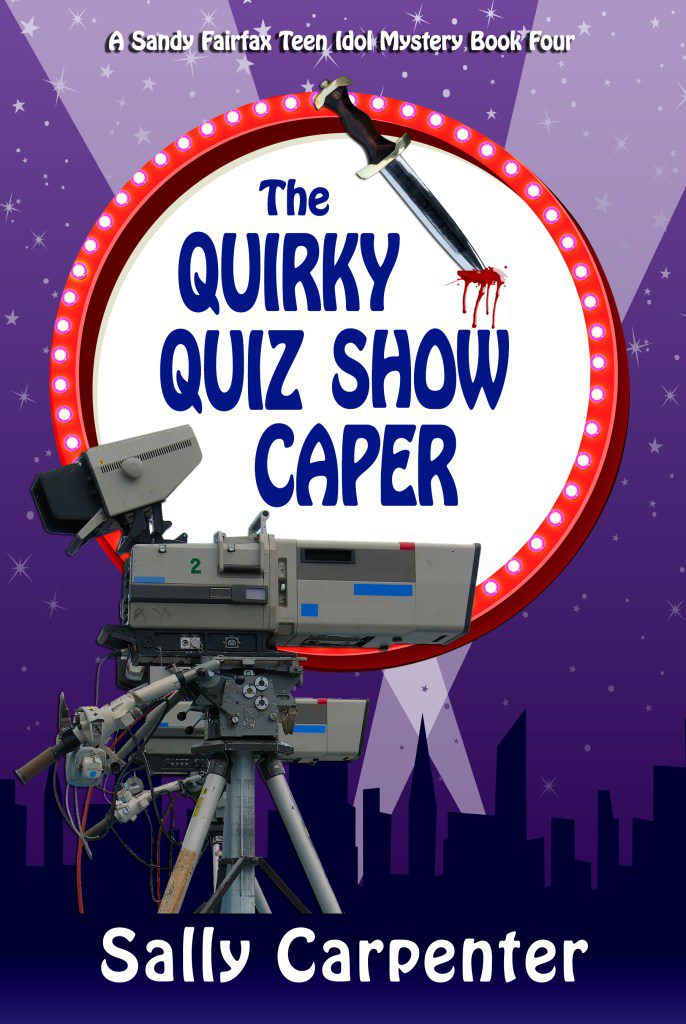 38-year-old formal teen idol Sandy Fairfax is a guest panelist on a TV game show–and the first category is murder!

When his brother, a college professor is framed for the murder of one of his student, Sandy investigates, in between fighting with his ex, visiting his kids, wooing his new girlfriend, and presenting a concert at a black tie gala to save his father’s orchestra.

Sandy’s ready to tear out his long blond hair as the game points and suspects pile up.

She has a master’s degree in theater from Indiana State University. While in school her plays “Star Collector” and “Common Ground” were finalists in the American College Theater Festival One-Act Playwrighting Competition. “Common Ground” also earned a college creative writing award and “Star Collector” was produced in New York City. Carpenter also has a master’s degree in theology and a black belt in tae kwon do.

The Sandy Fairfax Teen Idol series is comprised of: “The Baffled Beatlemaniac Caper

” and “The Quirky Quiz Show Caper

She has short stories in two anthologies: “Dark Nights at the Deluxe Drive-in” in “Last Exit to Murder” and “Faster Than a Speeding Bullet” in “Plan B: Omnibus.” Carpenter penned chapter three of the Cozy Cat Press group mystery “Chasing the Codex

To atone for her sins of killing fictional people, she also writes the monthly Roots of Faith column for the Acorn Newspapers.

She blogs at http://sandyfairfaxauthor.com and ladiesofmystery.com, and she’s a member of Sisters in Crime/Los Angeles. Find her on Facebook too! https://www.facebook.com/sally.carpenter.54

Follow along on the Great Escapes tour page for more chances to win!

One response to “Book Spotlight (and a Giveaway!): The Quirky Quiz Show Caper by Sally Carpenter”