December 5th, 1941.  Sometime Houston socialite, Tracy Truworth, is always on the lookout for something suspicious, especially after growing up with her nose in the latest Katie McClue mystery novel, a series featuring a twenty-something female detective and her constant feats of derring do.  And for Tracy, escaping reality through reading couldn’t come at a better time, since her own life isn’t exactly going along like she’d hoped, considering her overbearing mother insists that Tracy marry Michael — a lawyer likely to be a U.S. Senator someday — in a wedding rivaling royalty.  Yet everything changes for Tracy when she spots a bleach-blonde bombshell on the train home from Dallas after a shopping trip to Neiman Marcus.  Because something certainly seems amiss with the blonde, given the way she covertly tries to snare men into her lair, and considering she ceases all flirtations when a Humphrey Bogart lookalike suddenly appears . . . complete with a mysterious package wrapped up in newspaper and twine.

But days later, Japan bombs Pearl Harbor and a few days after that, Germany declares war against the U.S.  Rightly so, President Roosevelt returns the favor.  And soon Tracy finds herself caught up in the War, just like the rest of the nation.  But it’s her curiosity that leads her on a collision course with a killer, and she arrives at the bombshell’s apartment only moments after the blonde is murdered.  Though Tracy is accused of the crime at first, she soon finds herself working as an Apprentice P.I., under the tutelage of a real private investigator.  Soon, they’re hot on the trail of the bombshell’s murderer.  From singing at the hottest nightclub around, the Polynesian Room, to a car chase in her 1940 Packard, Tracy’s investigation takes her far from her blue-blood upbringing.  It isn’t long before she finds the War is hitting a lot closer to home than she ever imagined . . . And danger isn’t much farther than her doorstep . . . 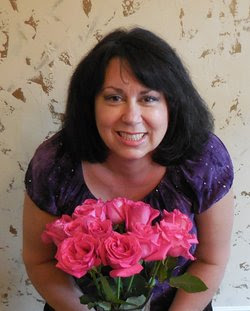 Cindy Vincent, M.A. Ed., is the award-winning author of the Buckley and Bogey Cat Detective Capers, a mystery series for kids and cat-lovers that features the adventures of two black cat detectives.  And yes, as she is often asked, Cindy used her own black cats, Buckley and Bogey, as the inspiration for the series, since they seem to run surveillance on her house each and every night.  Cindy is also the creator of the Mysteries by Vincent murder mystery party games and the Daisy Diamond Detective Series games for girls, along with the Daisy Diamond Detective novels, which are a spin-off from the games.  She lives in Houston, TX with her husband and an assortment of fantastic felines.  Cindy is a self-professed “Christmas-a-holic,” and usually starts planning and preparing in March for her ever-expanding, “extreme” Christmas lights display every year . . . She is also looking forward to the release of the first book in her new Tracy Truworth, Apprentice P.I., 1940s Homefront Mystery series,  which is due out in the Fall of 2016.
GOODREADS | FACEBOOK | PINTEREST | AMAZON | BLOG | WEBSITE

1. I have long had an appreciation of the entire 1940s/WWII era.  In fact, for twenty years, I wrote, published, and sold my own line of murder mystery party games under the name Mysteries by Vincent, and I used the 1940s as the backdrop for many of my game titles.  They were fan favorites.

2. People tell me I was born in the wrong era, that I would’ve fit in better in the 1940s.  I think this may be true, except that I am not the world’s best cook.  (And women did a LOT of cooking back in those days.  From scratch, even.  Yikes!)  🙂 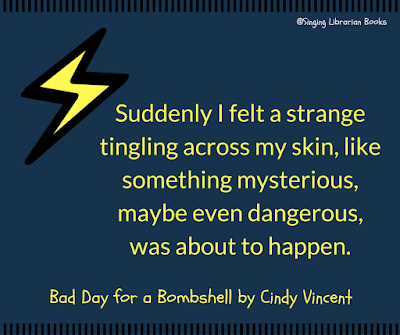 3. I believe we are greatly impacted by the weather, so I always like to add weather-related events into a story.  In this book, my lead character, Tracy Truworth, experiences a number of very nasty thunderstorms, as can be typical here in Houston.  I think adding extreme weather to a scene helps to heighten the mystery, as well as put a reader right smack dab into the story, allowing them to use all their senses.  It also adds great drama, without overdoing it.

4. To help me better get into the mindset of my lead character, Tracy, I wore dresses every day for a month, since women rarely wore pants during the 1940s.  At first I thought this would be a real nuisance and very uncomfortable.  Amazingly, I found the opposite to be true.  I was actually more comfortable wearing a dress, and I continue to wear more dresses and skirts even now.

6. My favorite movie is Casablanca, from 1942.  In fact, I love this movie so much that I named one of my cats Bogart, after Humphrey Bogart, of course.  And though it’s not from the movie, one of my favorite (and very romantic) songs of that era is Glenn Miller’s Moonlight Serenade, (though here’s a version with lyrics). https://www.youtube.com/watch?v=mVyJqIjRzHA

7. My husband’s aunt was a WASP (Women’s Air Service Pilot) during WWII.  Reading her materials really showed me the mindset of the citizen soldiers who served so gallantly in defense of freedom.  She was such an outstanding pilot that she was eventually picked to be one of the Mercury 13, the first women to train for the country’s burgeoning astronaut program. 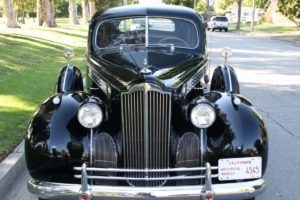 8. My dream car is a 1940 Packard.  I’m not sure if I’ll ever get to own one, but time will tell.   Ha!   But since I don’t own one now, I settled on the next best thing by having my character drive one.  I got to see lots of Packards at old car shows, and talked to several Packard owners.  Oh, how I wish cars today were as stylish!

9. The name Tracy Truworth is a nod to the old Dick Tracy comics, radio shows, and  movies.  The name is a combination of Dick Tracy, and Tess Trueheart, who was his sweetheart.

10. For my first job out of college, I worked in a skilled care nursing home, and had the great privilege of working mostly with the WWII generation, including a number of vets.  I learned so much from those people.  They were such an upbeat and optimistic bunch, and they didn’t need fancy things to keep them entertained.  Singing, playing cards, and just generally having a conversation was plenty for them.  I truly came to admire that wonderful generation who’d grown up with next to nothing, and yet were so completely selfless.  Meeting and knowing them was an experience that has stayed with me my entire life.  I enjoyed hearing their stories, and I thought of them many times as I worked on this 1940s book. 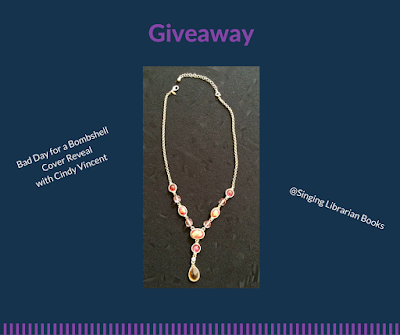 Put together this fun puzzle to reveal the cover of Cindy’s new book!!!

6 responses to “Cover Reveal (plus a Giveaway!): Bad Day for a Bombshell by Cindy Vincent”