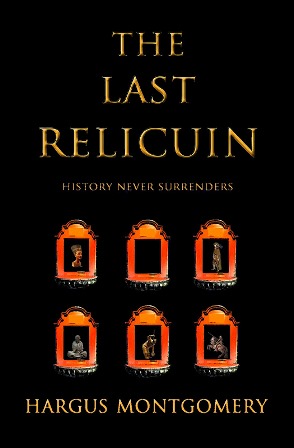 In the 22nd century, part of the world returns to history. Safe inside the guarded borders of live-in museums, museum dwellers live authentic lifestyles from prehistory to the twentieth century. Separate from all modern influences, some dwellers forget that a modern world exists outside the borders.

When the son of a prominent anti-museum Senator marries a museum dweller, the young couple becomes the target of a worldwide struggle between the past and the future.

Crossing borders into the 12th, 18th and 20th centuries, The Last Relicuin unravels a mystery that pursues one family through three different periods of history.

The Last Relicuin is one of those books that’s difficult for me to put into a specific genre category. On the one hand it’s definitely dystopian. But while it takes place in the future, it also in a sense takes place in history. And that’s what makes it such a fascinating read.  There’s also some suspense and some politics and some romance and some family drama – a little something for everyone! 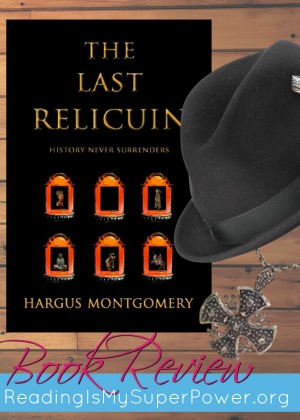 The 22nd century is one of division between the glassers who live in self-contained, uber-protected-from-anything-messy cities, the museum dwellers (more on them in a second), and the outlanders (who live somewhere in between). Everybody pities everybody else, thinking they are the only ones who really know how to live. My money is on the museum dwellers.

The museum dwellers spend years in training at a special academy, learning to live in various periods of world history. There is no time travel, per se, except in the ways each “museum” adapts to whichever era they represent. If you’ve seen one of the living history museums that continue to be popular, you have some sort of an idea of what this is like – but the museum dwellers take this to a whole other level.  As readers of The Last Relicuin, we spend a lot of time at the American Farm Museum setting, right out of the 1950s – a community of people who dress, talk, eat, and live like a farming community from that era. It’s not the only museum we become acquainted with, however, and each one is equally as fascinating.

As tensions escalate between the glassers and the dwellers, the level of suspense in the book rises too and the tone of the book shifts ever so slightly. There are several of these adjustments throughout the story, and for me these shifts made it somewhat difficult to stay consistently engaged. The characters I thought were the focus end up not really being the focus. That actually happens two or three times over the course of the novel, and I felt like I was reading a story in at least three parts. If each section had been isolated/divided, it might have been less distracting.

Bottom Line: Overall, The Last Relicuin is quite compelling in its story concept, perhaps a bit less so in its execution. The idea of people who immerse themselves in an era of history is both fascinating and tempting, and the portrayal of the dystopian society is only a few believable steps away from our own present culture. Some tighter editing and a different structure (a story in parts, perhaps?) may have benefited the book in the long run, but fans of both science fiction and history will enjoy the novel on its own merits.


Reviewer’s Note: This is a book written for the general market and does contain some heavy profanity – in spurts, though. Not throughout. 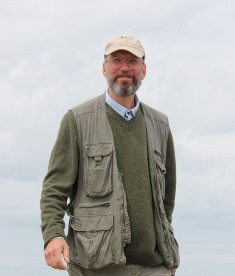 Hargus Montgomery is the author of The Last Relicuin, and The Seventeenth Pocket, part of the Kerious Pye series. For more information, please visit Hargus Montgomery’s website at http://www.hargusmontgomery.com.

To enter to win a paperback copy of The Last Relicuin, fill out the Gleam form below.

– Giveaway ends at 11:59pm EST on September 1st. You must be 18 or older to enter.
– Giveaway is open to US, UK, and Canada addresses only.
– Only one entry per household.
– All giveaway entrants agree to be honest and not cheat the systems; any suspect of fraud is decided upon by blog/site owner and the sponsor, and entrants may be disqualified at our discretion
– Winner has 48 hours to claim prize or new winner is chosen.


Follow along on the blog tour to see what others are saying and for more chances to win!


What about you? If you could live in any era of history, what would it be?