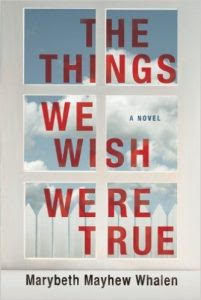 In an idyllic small-town neighborhood, a near tragedy triggers a series of dark revelations.

From the outside, Sycamore Glen, North Carolina, might look like the perfect all-American neighborhood. But behind the white picket fences lies a web of secrets that reach from house to house.

Up and down the streets, neighbors quietly bear the weight of their own pasts—until an accident at the community pool upsets the delicate equilibrium. And when tragic circumstances compel a woman to return to Sycamore Glen after years of self-imposed banishment, the tangle of the neighbors’ intertwined lives begins to unravel.

During the course of a sweltering summer, long-buried secrets are revealed, and the neighbors learn that it’s impossible to really know those closest to us. But is it impossible to love and forgive them?


“With skill and compassion, Marybeth Whalen digs beneath the surface of a quiet suburban neighborhood to reveal its darker secret side. Full of unexpected twists and sympathetic, relatable characters, The Things We Wish Were True is both surprising and heartwarming and it’s sure to have you examining your own peaceful neighborhood with new eyes.” —Diane Chamberlain, USA Today bestselling author of Pretending to Dance

“…there were the things she wished were true, and there was what was actually true. She was learning that there was usually a great distance between the two.”

The Things We Wish Were True is a peek behind the picket fences, behind the polite smiles, beyond the potlucks. Told from the perspectives of various characters, the story and the secrets are revealed a layer at a time. Both of these techniques – the alternating voices (one in first person, the rest in third) and the slow reveal – add to the intrigue and give the book a bit of a psychological thriller feel. A little romance, a little suspense, a lot of drama. 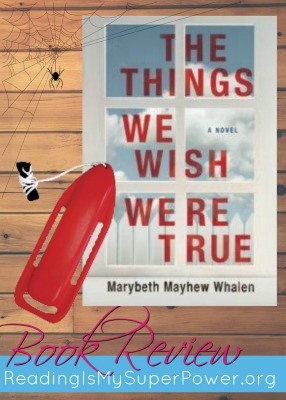 One of the things I found most intriguing about The Things We Wish Were True is that some of the characters I really liked at the beginning of the book ended up not being my faves my end. The reverse is also true – some of the characters I didn’t much care for at the beginning were eventually some of the ones I liked the most. I think each chapter being told from a different character’s perspective/voice helped with this shift in my preferences as it enabled me to get into their heads and see what motivated them, what haunted them, etc.

The constant is Cailey, a precocious young girl who hasn’t had the best of starts so far. It gets tragically worse before it gets better, but Cailey is the light in this story in more ways than one.  While there is a lot of sadness and poignancy around Cailey, she brings a lot of joy with her too. But she also is the one who ends up stumbling on several of the secrets these neighbors are keeping from themselves and from each other.

Bottom Line: The Things We Wish Were True by Marybeth Mayhew Whalen is a relatively quick read but it’s one that will linger with you. The characters get to you – you’ll identify with some more than others but they all have dimension and secrets that go beyond a surface caricature. This theme of secrets blends into a look at forgiveness that is at once thought-provoking and uplifting. Could you forgive in the same situations? An excellent choice for book clubs, the discussions are sure to be lively! If you’re a fan of Diane Chamberlain or Liane Moriarty, then you’ll want to pick up a copy of The Things We Wish Were True.

Reviewer’s Note: For my readers who prefer “clean fiction”, this book does have some pretty strong profanity in parts, though it’s not saturated with it by any means. Some implications of an intimate nature (but nothing explicit) are also part of the novel. 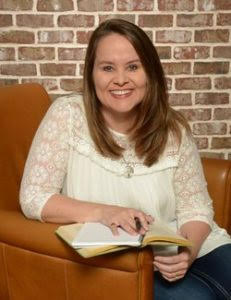 Marybeth Mayhew Whalen is the author of five previous novels and speaks to women’s groups around the United States. She is the cofounder of the popular women’s fiction site She Reads and is active in a local writers’ group. Marybeth and her husband, Curt, have been married for twenty-four years and are the parents of six children, ranging from young adult to elementary age. The family lives in North Carolina. Marybeth spends most of her time in the grocery store but occasionally escapes long enough to scribble some words. She is always at work on her next novel.

Other Books by Marybeth Mayhew Whalen

What about you? Do you prefer small town suburbia or the big city? Which do you think harbors more secrets?

I’m giving away one paperback copy of The Things We Wish Were True by Marybeth Mayhew Whalen. US/CAN mailing addresses only, please. Winner will be notified by email after the contest ends & will have one week to respond before I choose a different winner.

Follow along with the TLC Book Tour for more chances to win! Click the image below to go to the tour page.

25 responses to “Book Review (and a Giveaway!): The Things We Wish Were True by Marybeth Mayhew Whalen”