Y’all know how much I love my girl, Pepper Basham! So much so that I carried her around in my pocket with me during Laura Frantz’s book signing.

But at the #CFRR2016 I got to be in the same room with her!! Actually, the same house with her! AHHHHH!! 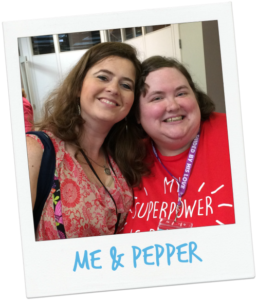 You also know how much I love her books! The third book in her Penned in Time series – The Thorn Healer – releases November 28th (in case you missed it on my Most Anticipated Historical Fiction post from Tuesday lol) I’ve had the absolute privilege of reading it already and oh-my-GOODNESS y’all!! I just thought her previous heroes made me swoon. And the history spotlighted in The Thorn Healer is not something I was familiar with until reading this book.

But before I start gushing about The Thorn Healer, let me remind you about the first two books in the series. 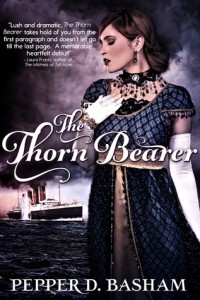 When Ashleigh Dougall’s fiancé leaves her eight months before their wedding, the unexpected blow ignites a battalion of insecurities stemming from her father’s intimate betrayal. In an attempt to escape her shame, Ashleigh boards the ill-fated Lusitania to cross the war-torn waters of Europe. Much to her dismay, she isn’t traveling alone.

Sam Miller is always making up for his best friend’s mistakes. Determined to help his childhood friend, Ashleigh, he offers his compassion and companionship as she ventures across a perilous sea. With the faint hope of renewing his lost love for Ashleigh’s sister, Sam never expects to find the woman of his dreams in the love of his childhood friend.

Neither are prepared for the life-altering and heart-breaking journey of their friendship. 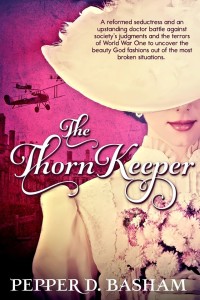 Catherine Dougall’s past of manipulation has left her future in threads. With a new faith, she longs to take the remnants of her life and make something beautiful, but shame, societies’ judgments, and the natural consequences of an unplanned pregnancy test her newfound hope. Dr. David Ross doesn’t help either. His kindness, sacrifice, and tenderness tempt her to impossible dreams. A fallen woman doesn’t merit a fairytale.

David Ross has made every effort to keep his life above reproach. His passion for the sick pumps fresh purpose through his choices, but without financial support to maintain his war hospital, all is lost. When his notorious aunt offers an easy solution, David is tempted to give in to her demands, but his growing affection for the reformed flirt, Catherine Dougall, unwinds the careful wall around his heart and offers an unexpected choice.

When the worst of war tears them apart, can love renew the memory of what was lost or will tragedy steal away their hope forever? From the beautiful Derbyshire countryside to the trenches of World War One, Catherine and David must learn to trust in a God who designs a masterpiece out of brokenness and fashions hope in the most unlikely places.

So I promised some gushing about The Thorn Healer … and then we’ll get to the cover reveal – I promise! 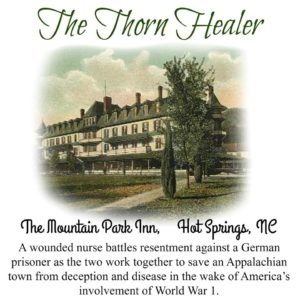 Jessica Ross’ scars run much deeper than the wounds of war. Determined to escape the ghosts of her past and the German influence on her nightmares, she returns home to the sleepy Appalachian town of Hot Springs, NC, only to find the renowned Mountain Park Hotel has been converted into a ‘prison’ for displaced Germans. To Jessica’s dismay, her grandparents have befriended one of the treacherous internees.

August Reinhold has not only found kinship with Jessica’s grandparents, but as they share their granddaughter’s letters from the Front, he discovers a surprising bond drawing him toward the independent and beautiful woman. Displaced by a war and a painful history, he finds Hot Springs and the intriguing Jessica Ross a tempting place to start over. Determined to scale the heights of her bitterness and show her the power of love, August faces more than just Jessica’s resistance but a more devious design to harm the civilian sailors housed in Hot Springs.

Will August’s tender pursuit bring Jessica the healing and hope she needs, or will bitterness force her into the hands of a “true” enemy waiting to destroy much more than her heart?

Pepper Basham’s gift of storytelling comes home to the Blue Ridge Mountains in her third Penned in Time book. Intriguing history shares the page with a swoonworthy romance and soul-deep touches of grace. In August Reinhold, you will find a hero of heroes and a tender picture of our Savior’s relentless pursuit of our hearts. I’ve read all three of the Penned in Time books, and I’ve loved them all, but this one is my absolute favorite! Framed in Basham’s exquisite prose, this is a novel that will put down roots in your heart and stay a while. 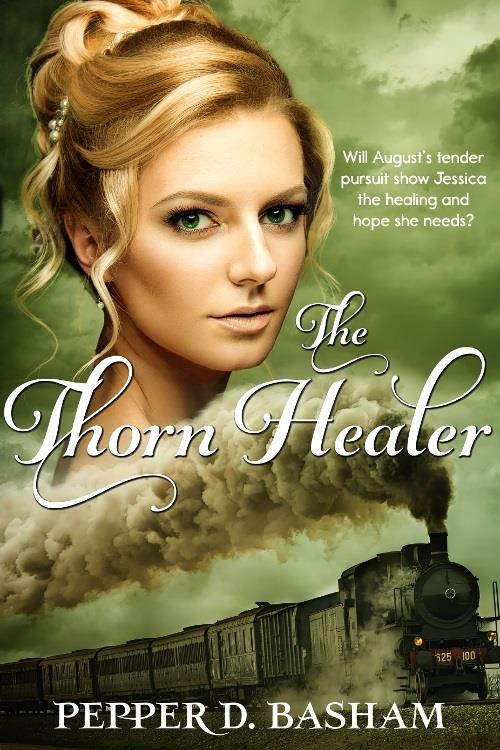 Ahhhhh!!!! Isn’t it SO PRETTY!?!?!! I clapped like a fangirl the first time I saw it!! Are you clapping too? Because you should be! A cover this gorgeous deserves some applause! 😉

And look at them all together? Just stunning! 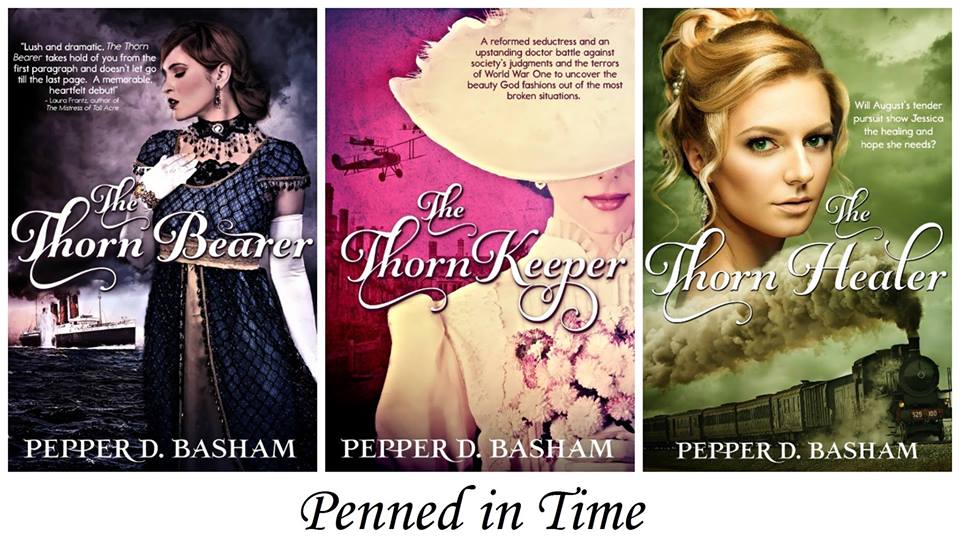 Pepper Basham is an award-winning author who writes romance peppered with grace and humor. She currently resides in the lovely mountains of Asheville, NC where she is the mom of 5 great kids, speech-pathologist to about fifty more, lover of chocolate, jazz, and Jesus. Her debut historical novel, The Thorn Bearer, released in May 2015 and has garnered awards such as Reader’s Favorites Award, finalist in the Grace Awards, shortlisted for the Inspy Awards, and most recently a finalist in the ACFW Carol Awards. Her second historical novel, The Thorn Keeper, released in Feb 2016 and her first contemporary romance, A Twist of Faith, released in April 2016 with a 4 star review from Romantic Times.

29 responses to “Cover Reveal (and a Giveaway!): The Thorn Healer by Pepper D. Basham”