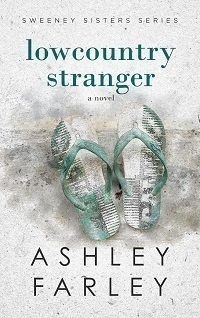 There’s a stranger in town. And it’s no coincidence when she shows up uninvited at a Sweeney family wedding. All eyes are drawn to this urchin who seems to have washed in with the tide. Before the night is over, the doe-eyed waif charms young and old with her street smarts and spunky personality. For better or worse, Annie Dawn is here to stay.

The memorable Sweeney sisters from Her Sister’s Shoes have returned with more suspense and family drama to hold you spellbound until the dramatic conclusion. As she approaches the next stage of her life as an empty nester, Jackie is torn between expanding her fledgling design business and spending these last precious months with her boys before they fly the coop. Her own worst enemy, Sam is terrified of making a commitment to Eli Marshall, handsome police officer, true love of her life. Her resolve is tested when a ghost from her past shows up after nearly two decades. Faith nurtures her seven-year- old daughter who is recovering from the trauma of her abusive father. Is the threat in the past, or is there more danger on the horizon? The sisters seek guidance from their mother, Lovie, a true Southern matriarch who shows them how to respond to adversity with grace and dignity.

Things are heating up in the Lowcountry. The Sweeney sisters remind us, once again, that being a part of a family is about more than sharing the same DNA.

“I’d say we have ourselves a real live wedding crasher…”

Lowcountry Stranger is the first book I’ve read by Ashley Farley but it’s not going to be my last. Her writing immediately engages you and makes you feel a part of the family, and even though I haven’t read the first book in the series I still felt a connection with the characters and the setting. Though … on that note … what I did learn about Her Sister’s Shoes (book one) makes me want to go back and read it! 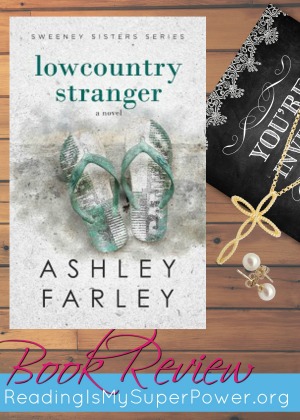 While I normally review Christian fiction here on the blog, and Lowcountry Stranger is admittedly not Christian fiction, there is nevertheless a distinct emphasis on values I cherish. The southern charm of the setting, combined with the closeness of the Sweeney clan, gives this novel a healthy dose of grace and family, as well as a couple of subplots that bring the tough kind of forgiveness to the forefront.

The third-person narrative switches between the sisters, allowing readers to really get inside the minds of the characters and – combined with another of the subplots – giving the book some “psychological thriller” undertones. And as is typical in psychological thrillers, I often found myself shaking my head at the Sweeneys’ decisions. Because… naturally … when a dirty, disheveled young stranger crashes a family wedding and pickpockets the guests and gives an obviously fake name, any of us would let her stay in our guest house and hire her to babysit our troubled daughter. Right? Yeah, me either. But it is what it is for the Sweeneys and the subplot may or may not play out the way you think it will.

Bottom Line: There are many things to love about Lowcountry Stranger – an engaging style, a cozy setting, a charming family, and enough suspense to keep things interesting. There’s a lot of angst too – perhaps more than the typical family should be called upon to endure in one novel – but the threads of forgiveness and faith and family cover the drama in a blanket of grace and courage. I will definitely keep my eye on the Sweeney clan and on Ashley Farley!

Reviewer’s Note: I appreciated that, while this is admittedly not the “Christian fiction” that I normally review on this blog, the profanity was not excessive (except for a couple of angry outbursts when the language got a bit more “general market” lol) and the implied intimacies never went beyond the implication as far as details go. 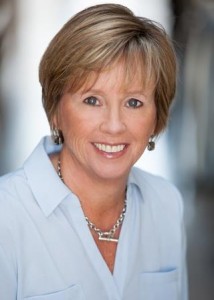 Ashley Farley writes books about women for women. Her characters are mothers, daughters, sisters, and wives facing real-life issues. Her goal is to keep you turning the pages until the wee hours of the morning. If her story stays with you long after you’ve read the last word, then she’s done her job.

After her brother died in 1999 of an accidental overdose, she turned to writing as a way of releasing her pent-up emotions. She wrote SAVING BEN in honor of Neal, the boy she worshipped, the man she could not save.

Ashley is a wife and mother of two college-aged children. She grew up in the salty marshes of South Carolina, but now lives in Richmond, Virginia, a city she loves for its history and traditions.

4 responses to “Book Review (and a Giveaway!): Lowcountry Stranger by Ashley Farley”