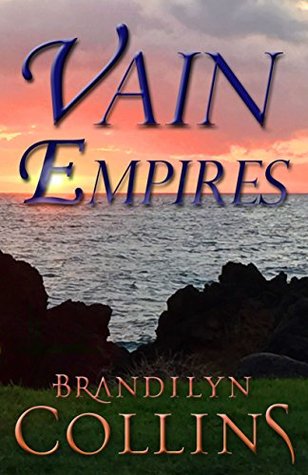 They were stuck on this remote island, all of them. Trapped in this show. No way to stop whatever came next. No way at all.
—————————–

Six people arrive on a remote island–contestants in the “reality show of the century,” Dream Prize. The winner will be the person who learns the most facts about the others and gains the most viewer votes. Sounds simple. But the three men and three women soon discover nothing is as expected.

They are alone on the island. Cameras surround them, filming twenty-four hours a day. And their challenge? Discover which of the Seven Deadly Sins each contestant, including themselves, represents. Turns out each person has a damning secret–one that could ruin his or her life. Those secrets are about to be revealed on live television.

And this is only the beginning of the twists in the game.

Multilayered in plot and rich with meaning, Vain Empires is a strong choice for book clubs. Discussion questions included.

“NONE of this mattered if she didn’t win…”

I can sum up Brandilyn Collins’ Vain Empires in one word – WOW. Ok, another word – riveting.  The characters intrigued me from the very beginning and as the reality show (and the book) developed I could not tear myself away. In fact, I tried to solve the clues along with the Dream Prize contestants and may have hollered my own opinion of their answers when they were locking in their solutions at the end. Because … you know … clearly they could hear me through the pages. 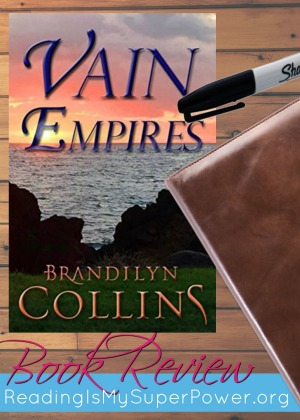 Parts of Vain Empires took me completely by surprise, others played out as I began to suspect they would. (From my expert clue solving, you understand.) But even if I’d been completely wrong or completely right, I still would have been riveted. Brandilyn Collins knows how to set a suspenseful scene and keep the wheels turning in your mind as you read along, letting the suspense continue to build until she brings it all together at the end.

My friend Melissa who reviewed this book for RTBookReviews.com said, “There really aren’t any sympathetic characters…” And she’s right. But, like she also said, that’s kinda the point and it’s what will have you captivated by the story.  It’s also what could fuel some great discussion in book clubs – as well as some introspection on sin, our perception of it in ourselves and others, and the far-reaching effects our choices have others.

Bottom Line: Vain Empires is a truly fascinating book that would make an ideal choice for book clubs. It’s one of those reads that stays with you after you’ve finished it, the kind you mull over for at least a few days and maybe even read again right away.  Through this well-plotted & riveting suspense novel, Brandilyn Collins gives readers much food for thought as well as entertaining them. If you like psychological thrillers, this book needs to be next on your TBR list! 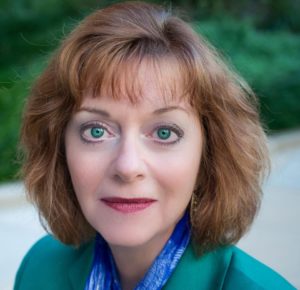 Brandilyn Collins is a best-selling novelist known for her trademark Seatbelt Suspense®–fast-paced, character-driven suspense with myriad twists and an interwoven thread of faith. She also writes insightful contemporary novels, often laced with humor. Her first book, A Question of Innocence, was a true crime published by Avon in 1995. Its promotion landed her on local and national TV and radio, including the Phil Donahue and Leeza talk shows. Brandilyn’s awards for her novels include the ACFW Carol Award (three times), Inspirational Readers’ Choice, the Inspy, Christian Retailer’s Best Award (twice), and Romantic Times Reviewers’ Choice.

What about you? Would you ever participate in a reality show? What type of prize would be irresistible to you?