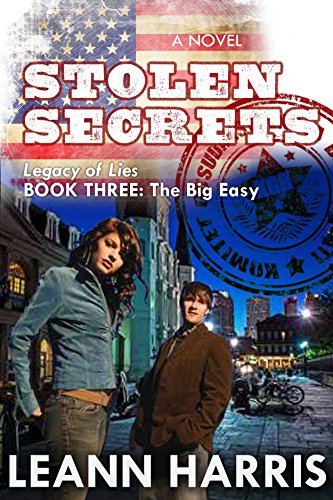 Fat Tuesday 1972, a floater surfaces in Sheriff Colin McDonald’s parish, south of New Orleans. The body–a Russian diplomat throws local and Federal law enforcement into chaos. Sheriff McDonald isn’t excited to have the FBI stepping into his investigation, but knows his parish doesn’t have the funds to sort out this mess and deal with all the prickly silliness of international negotiations.

Jessica Franklin, one of the first female FBI agents, heads the task force looking into the Russian’s death. Jessica is a talented, no nonsense woman, who isn’t sure about this laid-back Cajun sheriff, who calls her chere, but the man knows his parish and gives her views a fair hearing.

Lt. Gabriel Fontenot of the Louisiana State police is also assigned to the task force and runs into an old girlfriend, Amy Prejean, who is working with the Russian Mission on grain shipments.
As Gabe, Jessica, and Colin work the case, odd and seemingly unrelated things surface which pull local residents into the tangled web the KGB has created in the Big Easy.

With time winding down, the tangled threads of the truth lead to the Prejean warehouse where old sins are revealed…

Who will survive the confrontation? And what will the fallout be?

Stolen Secrets by Leann Harris is a fast-paced suspense novel set in the early 70s, combining a spy thriller with a police procedural and throwing in a dash or two of romance as well.  In this way, it’s one of the more unique mystery novels I’ve read in a while! Plenty of intrigue to be had, for sure, but also a great deal of emotion as well as humor in the subplots. 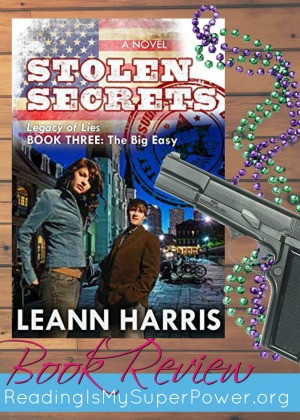 Sheriff Colin McDonald is my favorite character in the book. His reactions as a single dad of a teenage daughter bring some levity to the mix, and the often-present twinkle in his eye made me smile 🙂 Also adding some humor throughout the book is Martha (the dispatcher for Colin’s police department) whose idea of an intercom is just to yell loud enough to be heard across the building 🙂 The humor is subtle and never lasts long, but it’s just the right amount considering the subject matter and overall tone of the novel.

Also subtle is the romance. The intrigue and suspense definitely takes center stage, but that’s okay in this case. I think if the romantic subplots (yes, I used the plural!) were more prominently in focus it would have actually been distracting to the overall tone of the book.  Be that as it may, the romances brewing on the sidelines were a nice bonus 🙂

Faith is another subtlety in Stolen Secrets. It’s a part of the characters’ lives but it’s not overtly a focus of the book. It could have easily been a larger focus without being a distraction, as several of the plot threads lent themselves to some faith-oriented discussions, but it also worked well just as it is.

Bottom Line: Intrigue, romance, emotion, and a little seasoning of humor blend together in a unique suspense novel set during the height of the Cold War. The characters are the highlight of Stolen Secrets and they too are a unique mix of serious and humorous. The presence of some continuity errors led to a bit of confusion on my part a time or two, but overall the story is well-plotted and well-executed. (No pun intended there… it worked though! lol) Stolen Secrets is the third in Harris’ Legacy of Lies series but it really is a standalone.  From what I can tell (as this is the only one I’ve read so far), the books are connected by more of a theme than anything else.  So even if you haven’t read the first two, you won’t have any problems picking up Stolen Secrets. If you enjoy a Deep South setting and if you loved the spy shows of the 70s and 80s, this novel will be right up your alley!


(I received a copy of this book in exchange for only my honest review.) 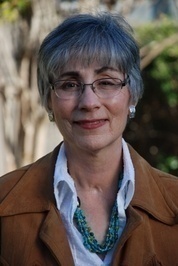 Leann Harris has written most of her adult life and loves to tell stories. She’s 16 published books in a full range of genres–romantic suspense, inspirational suspense, inspirational romance, a futuristic, and heart-pounding suspense. She’s also an avid gardener and a teacher; having previously been a teacher of the deaf – specializing in math and science – she is currently a writing teacher (continuing ed) at the local college.

What about you? Which cuisine would you prefer – Russian or Cajun?