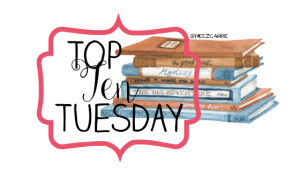 Even though it is decidedly NOT fallish around here yet (insert grumpy face), the linkup-wide theme for this week’s Top Ten Tuesday is our Fall TBR lists. Except I already kinda did that (click on the “most anticipated fall/winter 2016” graphic in the sidebar) sooooooo I decided instead to go for “Fallish Reads”.

In other words, books that are either set during the fall or make me feel fallishy in some way shape or form. This is not by any means a comprehensive list though… 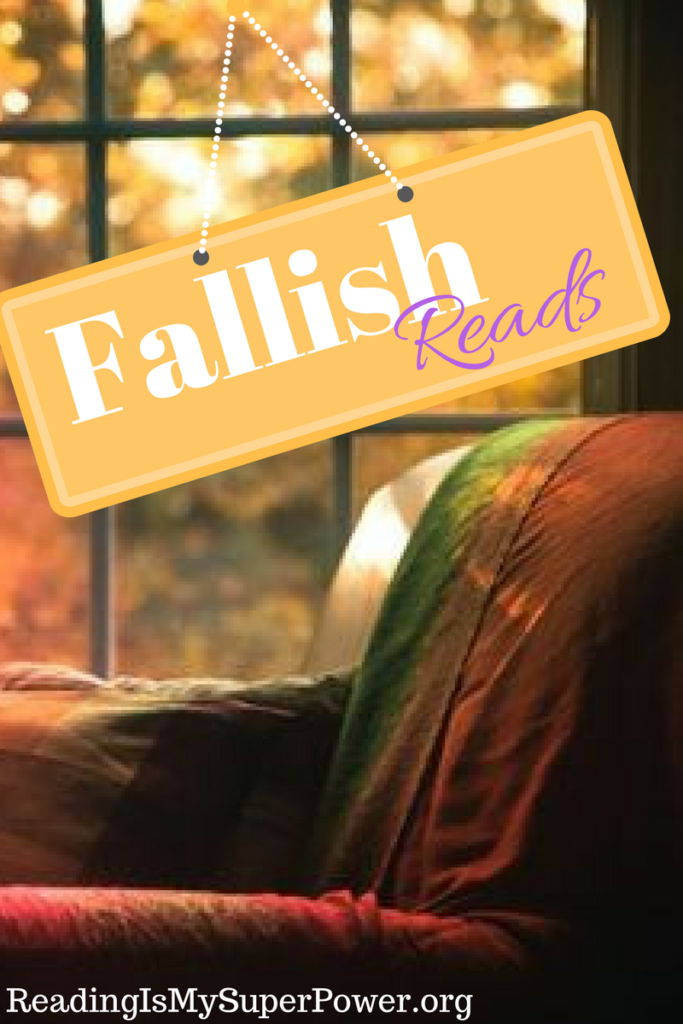 When I think of fall, I think of family. I’m not sure why – other than a) Thanksgiving and b) a lot of my most treasured memories from growing up involve fallish activities. Fall is also one of my favorite seasons – close call with winter – and family is my favorite so naturally the two go together. Also… pumpkin. And apples. Also my faves. But that really has nothing to do with why fall makes me think of family. LOL.

Anyway, here are several of my fave series based on families. The books themselves may or may not be set during the fall but there’s usually at least one per series that is.

FYI – Undeniably Yours is FREE for Kindle right now. And Meant to Be Mine and A Love Like Ours are less than $3 each. A great time to grab this series!

by Susan May Warren

These next three are series where the setting makes me feel fallish.

by Susan May Warren

But not all fallish reads are part of a series … or the series itself doesn’t make me feel particularly fallish but one particular book in the series does. So here are – for my intents and purposes – some standalone fallish reads.

When Fall Fades by Amy Leigh Simpson – Sadie Carson is an expert on unfinished business. Five years after the derailment of her dreams she’s just barely existing, using her job as a hospice nurse to give others the one thing she can’t seem to find-closure. So when her elderly neighbor Charlie, a brilliant conspiracy nut known for harassing the FBI, is murdered, Sadie suspects Charlie might’ve been onto something and intends to make sure someone solves the mystery of her friend’s death, even if it’s her.  The feisty little blonde may have found the victim’s body, but FBI Special Agent Archer Hayes has no intention of letting some nosy civilian interfere with his investigation. The guilt he feels is bad enough. The last thing Archer needs is another distraction to haunt him. Especially one as beautiful and beguiling as the girl next door. But throw in a mountain of hoarded evidence and suspiciously coded journals and the case takes a puzzling turn toward a decades old conspiracy cover-up from World War II-one only the victim’s closest confidant can help untangle.

A Twist of Faith by Pepper Basham – Dr. Adelina Roseland has worked ten years in research as an accent reduction specialist to attain her dream job. But a secret wager to transform Appalachian cattle farmer Reese Mitchell into corporate material challenges Adelina in ways she never expected, threatening her new position.  For one, Adelina didn’t plan for the faith and friction of Reese, or the unexpected influence of his chaotic family. Now, drawn into a culture she’d tried to forget, Adelina finds the warmth of family, the hope of faith, and the joy of love melting away the deep wounds of her past.  But when Reese discovers that he’s a pawn in her climb up the academic ladder, will he forgive Adelina’s deceit or will their miscommunication end in two broken lives?

Sweetwater Gap by Denise Hunter – When Josephine’s family insists she come home to help with the harvest, the timing works. But her return isn’t simple benevolence-she plans to persuade the family to sell the failing orchard. The new manager’s presence is making it difficult. Grady MacKenzie takes an immediate disliking to Josephine and becomes outright cantankerous when she tries talking her family into selling. As she and Grady work side by side in the orchard, she begins to appreciate his devotion and quiet faith. She senses a vulnerability in him that makes her want to delve deeper, but there’s no point letting her heart have its way-he’s tied to the orchard, and she could never stay there.

God’s Will by Meghan M. Gorecki – Two stubborn hearts with no common ground must work together when the Great Depression ravages the nation. Kathy Andrews is good at goodbyes. Her mother is sent to a sanatorium, her sister, left behind in Chicago, and her father, forced to roam looking for work. So she holds close the only person she has left, her brother, Danny. When the two go to live with the Marshalls in the sleepy town of Brighton, she doesn’t let anyone past hello. Elliot Russell frowns at his aunt and uncle’s generosity–even though he and his sister are on the receiving end. He frowns, too, at the uppity city girl with a chip on her shoulder whom he can’t get out of his head. When a tragedy rips apart when tenuous existence they manage to forge, will they find the sweetest place to be is in God’s will–or will they turn their backs on faith that fails to protect against pain?

Unexpected Family by Jill Kemerer – After five years apart, Tom Sheffield is shocked to find his ex-wife, Stephanie, on his doorstep. The news that they share a child he’s never met sends him reeling. Four-year-old Macy has his eyes, his mouth and, from their first encounter, his heart. Things with her mother are much more complicated. He doesn’t understand what went wrong between them or why she kept their daughter a secret. And he’s afraid of falling in love all over again. Yet he feels a glimmer of hope that somehow he can convince Macy and Stephanie to stay in Lake Endwell—and with him—for keeps.

The Amish Midwife by Patricia Davids – Amish midwife Anne Stoltzfus is used to late-night visitors – but she’s shocked to find reclusive bachelor Joseph Lapp on her doorstep with a baby in his arms. Their neighborly quarrels are pushed aside when Joseph explains that his sister has left her daughter in his care – and Joseph needs Anne to be her nanny. Soon they’re bonding over baby Leah, and the love they feel for her is healing them both. When Joseph makes an offer of marriage, Anne’s painful past resurfaces and she’s unsure of what to do. But taking a chance could mean love – and family – are waiting just across the fence.

To Have and To Hold – Love Takes the Cake by Betsy St. Amant: She’s known for her delicious cakes, but there’s no recipe for dealing with the new man in her life. The Perfect Arrangement by Katie Ganshert: Meeting Nate was truly an accident—but Amelia finds that he’s one of the few people she can count on. Love in the Details by Becky Wade: She left him to save his future, but they’ve never gotten over each other.

Falling for Texas by Jill Lynn – Raising his orphaned teenage sister isn’t easy for Texas rancher Cash Maddox. The girl tests his parenting—and patience—at every turn! But when he asks new teacher Olivia Grayson for help with his sister’s grades and attitude, Cash realizes he’s facing the toughest trial of all. He made a promise that he wouldn’t date and get distracted from his mission of being a good father figure. Yet Olivia’s quick wit is drawing him unexpectedly closer to the caring beauty every day. Could it be time to make a new vow…one that’ll last a lifetime?

A Heartwarming Thanksgiving – Count down to Thanksgiving with one of our 13 poignant Harlequin Heartwarming short stories. This is a time to get together with family and friends, and reconnect over pumpkin pie and hot apple cider…or read about the stories where heroes and heroines struggle to get their dream holiday!

Meek and Mild by Olivia Newport – The leadership in an Old Order Amish community requires shunning friends and family whose only offense is to embrace the new Protestant practice of Sunday school among the Mennonites, but teaching Bible stories to children is one of Clara Kuhns’ great joys. Clara’s on the verge of saying yes to Andrew Raber’s marriage proposal, but now he is flagrantly refusing to submit to the bishop’s authority by owning a car. When the lot falls to Moses Beachy to become the new bishop, the community waits for him to take bold steps toward change. Clara and Andrew step together into a more progressive Amish faith as the Beachy Amish take form.

What about you? What are some of your fave fallish reads?