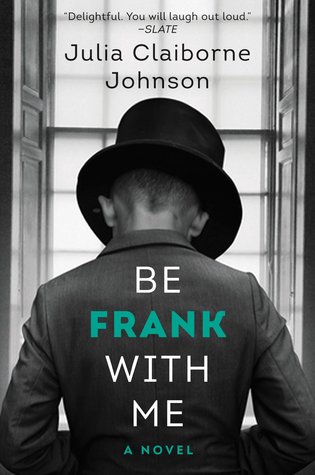 A sparkling talent makes her fiction debut with this infectious novel that combines the charming pluck of Eloise, the poignant psychological quirks of The Curious Incident of the Dog in the Night-Time and the page-turning spirit of Where’d You Go, Bernadette.

Reclusive literary legend M. M. “Mimi” Banning has been holed up in her Bel Air mansion for years. But after falling prey to a Bernie Madoff-style ponzi scheme, she’s flat broke. Now Mimi must write a new book for the first time in decades, and to ensure the timely delivery of her manuscript, her New York publisher sends an assistant to monitor her progress. The prickly Mimi reluctantly complies—with a few stipulations: No Ivy-Leaguers or English majors. Must drive, cook, tidy. Computer whiz. Good with kids. Quiet, discreet, sane.

When Alice Whitley arrives at the Banning mansion, she’s put to work right away—as a full-time companion to Frank, the writer’s eccentric nine-year-old, a boy with the wit of Noel Coward, the wardrobe of a 1930s movie star, and very little in common with his fellow fourth-graders.

As she slowly gets to know Frank, Alice becomes consumed with finding out who Frank’s father is, how his gorgeous “piano teacher and itinerant male role model” Xander fits into the Banning family equation—and whether Mimi will ever finish that book.

Full of heart and countless “only-in-Hollywood” moments, Be Frank with Me is a captivating and unconventional story of an unusual mother and son, and the intrepid young woman who finds herself irresistibly pulled into their unforgettable world.

“He’s an odd duck, but brilliant children often are.” 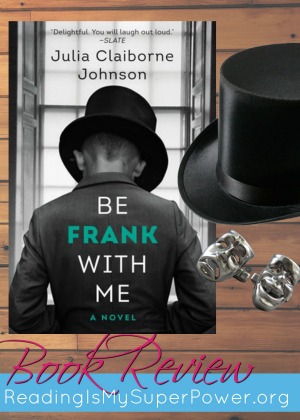 Frank Banning is probably one of my favorite characters in recent fiction. He’s endearing and quirky and frustrating – so much depth and dimension in such a young guy. But then again, all of the characters in Be Frank With Me are like that. Not to the delightful extremes of Frank, perhaps, but all are endearing in their own way – most with a set of quirks that are intriguing and often frustrating.

While the subject matter of Be Frank With Me isn’t a laughing matter per se, the author’s writing voice is so witty and the character of Frank so entertaining that you will find yourself grinning and laughing throughout the book anyway. I mean, how can you read this without smiling:

“I am grateful that Frank, having decided he’d been forgotten and that he’d better walk home, chooses the route we take in the car. Did I say “walk”? because after several blocks Frank decides to hitchhike. I find him on the corner of Bellagio Terrace and Linda Flora Drive, right hand hiking up right trouser leg to expose a tempting expanse of burgundy and navy argyle sock, left thumb awag. A pose, Frank explained once safely ensconced in the backseat, combining the hitchhiking techniques of both Clark Gable and Claudette Colbert from that famous scene in 1934’s It Happened One Night.”

When Alice first meets Frank, in fact, he is wearing silver cufflinks shaped like the masks of Comedy and Tragedy. In many ways, this can be seen as a subtle note from the author, a foreshadowing of sorts as to the tone of the book. A little bit of comedy and a little bit of tragedy mixed together in a hilarious, heartwarming, and at times heartbreaking story of family and love and finding your place.

It’s also an homage of sorts to Los Angeles and old Hollywood and the kind of movies where people danced and sang and gave us great lines like “Here’s looking at you, kid”. Scattered throughout the book, whether because Frank is extolling their virtues or because he’s being compared to their style, these classic movies add to both the quirkiness and sentimentality of the story overall. In what I consider a stroke of genius, someone over at HarperCollins decided to include in the bonus pages (for books clubs, etc.) a section on “Recommended Film Viewing” with several of the films mentioned in the novel and the endearing quotes to remind you where they appeared. Made me smile all over again 🙂

Bottom Line: Be Frank With Me is one of those brilliantly written books that is so much more than it first appears to be.  Even with so much depth it is a quick read, yet it’s one you want to savor and it will definitely be one I reread. The characters have life and breath and are larger than the words on the page… and they take up residence in your heart where they continue to linger after you’ve finished reading. Witty and endearing in spite of the heartbreaking, Julia Claiborne Johnson strikes exactly the right tone for this novel and is an author I will keep on my watch list!


Reviewer’s Note: Readers should be aware that there is some mild profanity (though it is not widespread or prominent) as well as the implication of intimate scenes (though never explicit). 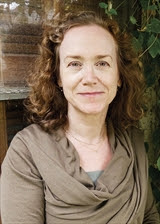 Julia Claiborne Johnson worked at Mademoiselle and Glamour magazines before marrying and moving to Los Angeles, where she lives with her comedy-writer husband and their two children.

What about you? What’s your favorite classic movie? Mine is a tossup between The Philadelphia Story and Lover Come Back, depending on my mood.

9 responses to “Book Review: Be Frank With Me by Julia Claiborne Johnson”