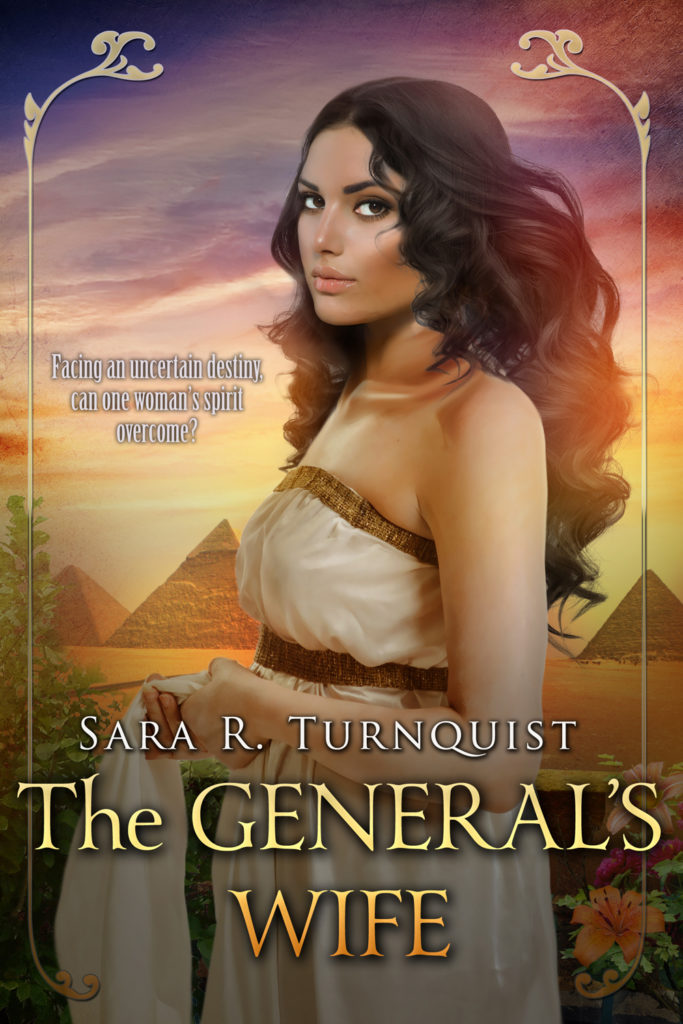 Ismene, a beautiful, somewhat naïve, young noblewoman, is torn from her childhood home in Greece and her first love. Bound by honor and duty, she marries Pharoah’s chief military commander, Alistair. Though determined to remain true to the man she left behind, her new husband stirs feelings in her she cannot ignore.

Attempting to accept this brazen new culture, it isn’t long before she discovers that the locals don’t like her. The Alexandrian mob starts making anonymous threats. This face-less group will stop at nothing to achieve its goal of driving out the unwelcome Greeks. In the midst of these heightening attacks, the general must leave for battle. Ismene fears that she is on her own.

Evidence of a spy within her own household arises. It soon becomes apparent that one of these Egyptian rebels wants her dead. The safety of Ismene, and possibly the entire ruling class of Egypt, hangs in the balance.

The General’s Wife by Sara R. Turnquist is a sweet and tender romance that invites you to curl up with the story and its characters from the very beginning. Plenty of intrigue and suspense swirls through the story as well, the lush beauty of the setting often marred by vandalism or evil intent. An arranged marriage in an unfamiliar land with unfamiliar customs are enough to set Ismene a little off kilter, but combined with someone who clearly wants her to leave? Lots of emotions at play here – written realistically without being overly dramatic.

Ismene and Alistair completely captivated me. Their growing affection for each other -an affection that quickly develops into love – is tender and breathless and everything good. Ismene may be uncertain due to all the changes forced upon her in such a short period of time, but there is a quiet resolve to her, a strength of character that makes her a heroine to admire. Alistair is the kind of hero we all love to love – sensitive but strong, affectionate and passionate, the kind of man who easily commands an army yet reads to his wife in the evenings. And y’all. HE GIVES HER A LIBRARY. Well… he doesn’t give it to her completely but he gives her access to THE LIBRARY AT ALEXANDRIA. (How many of you felt yours hearts go pitter-patter at the thought of that library still being around to have access to?)

“Can you please take this blindfold off?” Ismene loved surprises, but couldn’t stand the waiting. Alistair had risen early to prepare a special breakfast for them and served her in bed. Then he had told her that he had something special planned for them today—a special place for them to visit.

“Not yet,” Alistair said as he gripped her waist. Their chariot went over a bump which caused him to pull her to him even more tightly. She smiled at the feel of his secure embrace; even after this short time it still caused butterflies in her stomach.

She felt the chariot continue to move down the smooth path with a little rocking here and there as the wheels found imperfections in the road.

“We’re almost there, I promise,” he assured her. His voice was close to her ear and it gave her warm chills. She thought of the feel of those lips on her neck. There wasn’t much time to daydream, though, because, true to his word, it wasn’t much longer before she felt him slow the horses and still the chariot.

“Ready for your surprise?” he asked.

Only then did he reach up, untie her blindfold, and let it fall. “The great Library of Alexandria.”

And it’s there at the Library of Alexandria that my favorite part of the book takes place. Because, amid a sea of gods from her own Greek heritage and her new Egyptian home, Ismene meets the One True God, Jehovah. I loved everything about this aspect to Ismene’s story – from her initial encounter with the Jewish scribe to the epilogue. It’s not preachy and it doesn’t overwhelm the story, but it adds so much to Ismene’s character.

Bottom Line: The General’s Wife is more than just a historical romance. It’s a tender picture of falling in love, as well as a compelling suspense novel in its own right. Between the lines and across the pages, it’s also a beautifully done story of finding the God Who Sees, the God Who Saves. Sara R. Turnquist is an author I’ll be keeping on my radar from now on!

( I received this book for free from Goddess Fish Promotions. No review was required, favorable or otherwise, and all views expressed are my own.)


KissingBook Level: 3.5 – WILL forget to breathe on more than one occasion 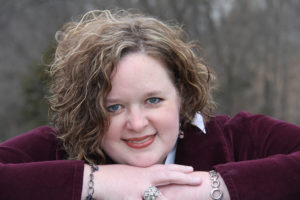 Sara is originally from middle TN. After a short stint in Memphis, where she earned a degree in Biology and began a career as both a Zoo Educator and a Sleep Technician, she then followed a dream to work for a large zoo in Orlando, FL as an Educator. Once she and her husband started their family, they moved back to Tennessee. Sara and her husband now enjoy a full life with their three beautiful and very active children. Sara enjoys many creative outlets – singing, piano, drawing, drama, and organizing anything. And even though she has enjoyed her career as a Zoo Educator, Sara’s great love of the written word continued to draw her to write. She has always been an avid reader and, for many years, has been what she terms a “closet writer”. Her travels and love of history have served to inspire her to write Historical Fiction. Sara has made several trips overseas to the Czech Republic. Her time among the Czech people and the landscapes of the country inspired her and greatly influenced her work on her debut novel, The Lady Bornekova, set in Hradec Kralove, Czech Republic. Sara is also a member of the ACFW.

Other Books by Sara R. Turnquist

Sara R. Turnquist will be awarding a $50 Amazon or Barnes and Noble GC to a randomly drawn winner via rafflecopter during the tour.

Follow along with the blog tour for more chances to win!

What about you? What grand gesture would speak to you of true love?

41 responses to “Book Review (and a Giveaway!): The General’s Wife by Sara R. Turnquist”