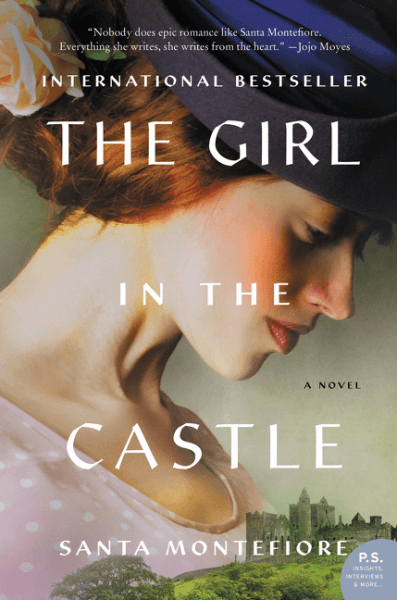 International sensation Santa Montefiore presents the first book in a trilogy that follows three Irish women through the decades of the twentieth century—perfect for fans of Kate Morton and Hazel Gaynor.

Born on the ninth day of the ninth month in the year 1900, Kitty Deverill is special as her grandmother has always told her. Built on the stunning green hills of West Cork, Ireland, Castle Deverill is Kitty’s beloved home, where many generations of Deverills have also resided. Although she’s Anglo-Irish, Kitty’s heart completely belongs to the wild countryside of the Emerald Isle, and her devotion to her Irish-Catholic friends Bridie Doyle, the daughter of the castle’s cook, and Jack O’Leary, the vet’s son, is unmatched—even if Jack is always reminding her that she isn’t fully Irish. Still, Jack and Kitty can’t help falling in love although they both know their union faces the greatest obstacles since they are from different worlds.

Bridie cherishes her friendship with Kitty, who makes her feel more like her equal than a servant. Yet she can’t help dreaming of someday having all the wealth and glamour Kitty’s station in life affords her. But when she discovers a secret that Kitty has been keeping from her, Bridie finds herself growing resentful toward the girl in the castle who seems to have it all.

When the Irish revolt to throw over British rule in Southern Ireland, Jack enlists to fight. Worried for her safety, Jack warns Kitty to keep her distance, but she refuses and throws herself into the cause for Irish liberty, running messages and ammunition between the rebels. But as Kitty soon discovers, her allegiance to her family and her friends will be tested—and when Castle Deverill comes under attack, the only home and life she’s ever known are threatened.

A powerful story of love, loyalty, and friendship, The Girl in the Castle is an exquisitely written novel set against the magical, captivating landscape of Ireland.

“A Deverill’s castle is his kingdom.” 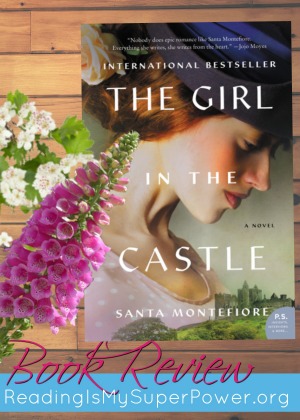 The Girl in the Castle is the kind of epic novel I really enjoy reading, delightfully reminiscent of Kate Morton‘s style and nothing like that tedious tome The Valley which I plodded through earlier this year (thank goodness). It’s mystical and rich with history and vivid characters and a captivating story.

Three girls – Kitty, Bridie, and Celia – grow into young women in the shade of their beloved Castle Deverill, a place of legends and fairy tales. Life doesn’t turn out the way any of them had dreamed, when they were young girls who played happily together and didn’t bother with things like social standing or Anglo-Irish unrest or broken hearts.  Yet it is what it is and each has to make the best of it in her own way.

The characters in The Girl in the Castle are fascinating. I don’t approve of their behavior in most cases, and Kitty & Jack each especially disappointed me. But in spite of these downfalls, the characters remain extremely compelling. This first volume in the trilogy is really more the story of Kitty and Jack and Bridie – with Celia a minor player. However, the way the book ends implies that Celia will become much more of a focus in the next one and I am very intrigued to see how this all plays out. The emotional dynamics between Kitty and Jack and Bridie become fairly intense as the book progresses, but Celia throws a new wrench into these dynamics that will draw her into the intensity whether she’s prepared for it or not.

Bottom Line:  Exquisitely written, The Girl in the Castle draws you in and holds you captive. Rich with history yet still timely in its themes, it’s more than simply a story of friendship and family. It’s also a love letter to a country and a portrait of four lives threaded together by a castle full of legend and lore. Ireland and Castle Deverill are as much characters as the four friends are, and readers will respond emotionally to these just as they do the people.

Reviewer’s Note: There are a scattering of profanities scattered throughout this novel, but this isn’t terribly extensive. Similarly, a few scenes of an intimate nature are included but any descriptions are vague and fairly clinical. The one major warning I would include with this book is the rape scene. It’s not extremely graphic but it’s also not vague either.

(I received a complimentary copy of this book from TLC Book Tours for review purposes. All views expressed are only my honest opinion.)

Santa Montefiore was born in England. She went to Sherborne School for Girls in Dorset and studied Spanish and Italian at Exeter University. She has written sixteen bestselling novels, which have been translated into thirty different languages and have sold more than two million copies worldwide.

What about you? Would you like to live in a castle if given the opportunity? We actually have one here in central Kentucky that I’d love to at least see inside one day 🙂

7 responses to “Book Review: The Girl in the Castle by Santa Montefiore”