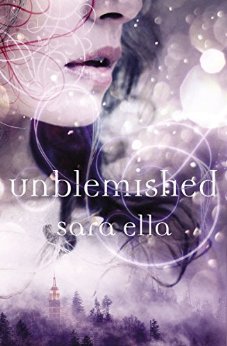 Eliyana can’t bear to look at her own reflection. But what if that were only one Reflection—one world? What if another world exists where her blemish could become her strength?

Eliyana is used to the shadows. With a birthmark covering half her face, she just hopes to graduate high school unscathed. That is, until Joshua hops a fence and changes her perspective. No one, aside from her mother, has ever treated her like he does: normal. Maybe even beautiful. Because of Joshua, Eliyana finally begins to believe she could be loved.

But one night her mother doesn’t come home, and that’s when everything gets weird. Now Joshua is her new, and rather reluctant, legal Guardian. Add a hooded stalker and a Central Park battle to the mix and you’ve gone from weird to otherworldly.
Eliyana soon finds herself in a world much larger and more complicated than she’s ever known. A world enslaved by a powerful and vile man. And Eliyana holds the answer to defeating him. How can an ordinary girl, a blemished girl, become a savior when she can’t even save herself?

“Bound souls always find one another.”

I have to get something off my chest before I proceed with my review of Unblemished. #teamKy

And no… that doesn’t stand for team Kentucky, although given where I live I’m all for that hashtag too. 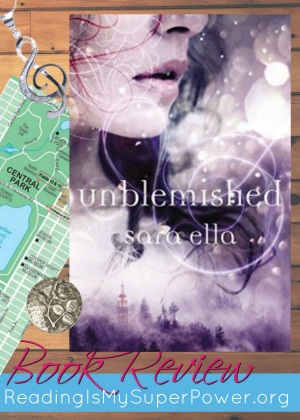 Ky Rhyen is one of the most intriguing characters in Unblemished, and while I wasn’t expecting to like him at all he quickly became my favorite. BECAUSE he is so intriguing. Is he bad? Is he good? Is he the purest of hearts or the vilest of souls? Or somewhere in between? And then at one point I just didn’t even care anymore which of those answers applied to him because … well… no spoilers 🙂

Unblemished is an absolutely riveting mix of well-crafted fantasy and stellar world-building as well as adorably placed references to pop culture, music, Disney, fairy tales, and literature. C.S. Lewis and Tolkien are treated to a special nod as well, one that made this fan smile happily. The Reflections are a bit like Narnia, a bit like Wonderland/The Looking Glass, even a bit like The Matrix… and yet this world is distinctly unique and extremely creative with surprises at every turn.

Bottom Line: Unblemished is completely captivating! The cover is deliciously romantic and mesmerizingly gorgeous, and so is the book. Fans of fairy tales, Once Upon a Time, Narnia, even the Harry Potter series will find much to love in this book as well.  Sara Ella’s writing voice is simultaneously adorable and compelling, and you will find yourself unable to put this book down until you find out what happens. You will find yourself drawn to Eliyana and will happily tag along with her on her journey and her earnest love for Joshua. Until… well… again, no spoilers.  The subtle message of seeing beyond first impressions, of looking beneath someone’s surface level features or personality, lilts across the pages with grace and truth. There are some whom you’ll dislike initially but will become your favorites by the end… and vice versa. (I’m still recovering from the ending…seriously wanted to purse whomp a certain person… and I cannot WAIT for the next book!)

(I received a complimentary copy of this book for review purposes. All views expressed are only my honest opinion.) 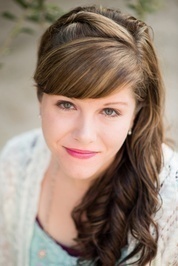 Once upon a time, SARA ELLA dreamed she would marry a prince (just call her Mrs. Charming) and live in a castle (aka The Plaza Hotel). Though her fairy tale didn’t quite turn out as planned, she did work for Disney—that was an enchanted moment of its own. Now she spends her days throwing living room dance parties for her two princesses and conquering realms of her own imaginings. She believes “Happily Ever After is Never Far Away” for those who put their faith in the King of kings.


What about you? What’s your favorite fantasy world? (Narnia, Middle Earth, Hogwarts, etc.)