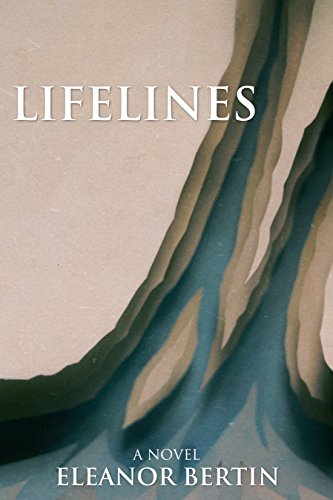 Life had been going swimmingly until biologist Dr. Robert Fielding was bewildered by a squall that still threatens to shipwreck him. Tormented by the losses in his life, he finds a dozen reasons why he doesn’t need the friendship of his new neighbour, Anna Fawcett. After all, the senior and her disabled son aren’t exactly in his league.

But how is he supposed to turn down fresh cinnamon buns? And Robert hasn’t bargained on his neighbour’s innocent, probing questions. They erode his faith in naturalism and collide with his assumptions about life, love, and truth. Have his foundational beliefs been the cause of his personal losses? As he searches for answers, Anna’s example of loving integrity keeps him coming back. Or maybe it’s her homemade pies. Yet to risk re-thinking his core convictions for a chance at personal peace would expose his soul and tear open an old wound.

Others in the neighbourhood, too, are under Anna’s thrall – a teacher facing a crisis pregnancy, a crusty cat-lady, a cancer-ridden conspiracy theorist, a Cambodian immigrant family. Each is touched by the power of her obscure and ordinary life.

Lifelines by Eleanor Bertin is a bit of a dichotomy for me. On the one hand, it is composed of fantastic characters with depth and dimension. Their individual stories keep the reader intrigued, especially as they begin to connect and intertwine in the course of the overall plot. Jesse and Anna are the heart of this novel because of THEIR hearts and the way they soften the hearts of the other characters whose lives intersect with theirs.  They are surrounded by such an eclectic supporting cast, though – some more likable than others, but all compelling in their own ways. The characters in Lifelines are definitely its strength!

On the other hand, y’all know how much I dislike having to pause a story for a sermon. And, while Lifelines ambitiously tackles some heated topics such as evolution and abortion, it does so – in my opinion – at the cost of the story’s flow. It felt many times that I would just get into the groove of the plot and the novel’s rhythm only to grind to a halt while Robert and Anna engaged in long conversations about evolution. LONG conversations about evolution. I normally can tolerate one such “station break” per book… Lifelines has a multitude.  If we must sermonize during our novels, I prefer short snippets that work organically into the story instead of long sections that break up the pace of the plot.

BUT I persevered and kept reading because I could see where one of the plot lines was headed and I really wanted to see how it played out. And … I have to admit … that it left me a bit dissatisfied. A book’s ending doesn’t have to tie things up with a nice, neat bow because, let’s face it, life doesn’t always work out that way. However, after spending time with these characters and investing my heart with theirs, I felt I needed more than the ending we are given. I wanted some more insight into their emotions, into their reactions, into what happens over the next few hours. The author did tell me that she’s thinking about doing a follow-up to Lifelines in response to a lot of requests, so I’m keeping an eye out for that!

Bottom Line: Lifelines by Eleanor Bertin is a well-written debut novel full of heart, and it will touch you in your own heart for sure. The mix of characters are all intriguing in spite of their dysfunction (probably because of it), and you will find yourself thinking about any number of them even days after you’ve finished reading the book. Hot-button issues like evolution and abortion may bog down the story in places, but Anna is so sincere in her conversation that you keep reading anyway.

(I received a complimentary copy of this book from the author for review purposes. All views expressed are only my honest opinion.) 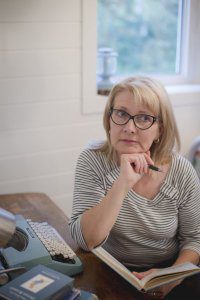 In a fit of optimism at age eleven, Eleanor Bertin began her first novel by numbering a stack of 100 pages. Two of them got filled.

Eleanor holds a college diploma in Communications and worked in agriculture journalism until the birth of her first child. The family eventually grew to include seven children, all girls except six. Writing was crowded out by homeschooling a houseful for 25 years until Lifelines, her first completed novel, was shortlisted in the 2015 Word Alive Free Publishing Contest.

Eleanor and her husband live with their youngest son, who has Down syndrome, amidst the ongoing renovation of a century home in central Alberta. She blogs about a sometimes elusive contentment at jewelofcontentment.wordpress.com.


What about you? Which of the characters in the back cover blurb most intrigues you?