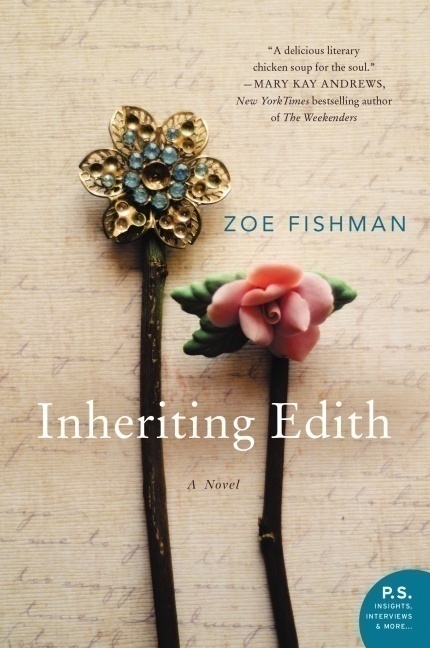 A poignant breakout novel, for fans of J. Courtney Sullivan and Elin Hilderbrand, about a single mother who inherits a beautiful beach house with a caveat—she must take care of the ornery elderly woman who lives in it.

For years, Maggie Sheets has been an invisible hand in the glittering homes of wealthy New York City clients, scrubbing, dusting, mopping, and doing all she can to keep her head above water as a single mother. Everything changes when a former employer dies leaving Maggie a staggering inheritance. A house in Sag Harbor. The catch? It comes with an inhabitant: The deceased’s eighty-two-year old mother Edith.

Edith has Alzheimer’s—or so the doctors tell her—but she remembers exactly how her daughter Liza could light up a room, or bring dark clouds in her wake. And now Liza’s gone, by her own hand, and Edith has been left—like a chaise or strand of pearls—to a poorly dressed young woman with a toddler in tow.

Maggie and Edith are both certain this arrangement will be an utter disaster. But as summer days wane, a tenuous bond forms, and Edith, who feels the urgency of her diagnosis, shares a secret that she’s held close for five decades, launching Maggie on a mission that might just lead them each to what they are looking for.

“If this is winning the lottery, I’m selling my ticket back.”

Inheriting Edith is one of those books that would make a great movie. The characters are so vivid that you can “hear” their voices, and the mishmash of lives and histories and personalities into a haphazard (and endearing) family of sorts is both heartwarming and amusing in turns.

Esther is by far my favorite character – what a hoot Edith’s friend is! Maybe she’s a bit of a cliche – I don’t know and I don’t really care because she is so much fun to read. Not only fun, but she’s got a big heart and it’s exactly what both Edith and Maggie need as they try to forge a relationship with each other with so much uncertainty and emotional baggage in the mix. Esther just barges on in and inserts herself into the equation – and, in my opinion, makes all the difference.

And Liza – while not technically an active character, she was very much present and very much a part of the novel’s framework.  Her influence shapes Edith and Maggie’s interactions with each other from the very beginning, and although they find a friendship all their own her life has left indelible imprints on each of them.

Bottom Line: Inheriting Edith could be a depressing book. After all, it deals with suicide and Alzheimer’s and a host of other emotional issues. Instead, while the novel does provide an authentic look at the ripple effect of both topics, it maintains a warmth and endearing nature that offsets the potential darkness and fills it with life.  Esther and Lucy and even Vinnie and Sam help provide this levity and warmth, but Maggie and Edith find their own as well. I have mixed feelings about the ending – on one level, it left me dissatisfied as an invested reader, but on another level it also seemed rather fitting.

Reviewer’s Note: Readers may want to be aware that there is some foul language in this book.

Zoe Fishman is the author of Driving Lessons, Saving Ruth, and Balancing Acts. Her books have been translated into German, Italian, Dutch and Polish. She’s the recipient of many awards, including Target’s Breakout and Emerging Author Picks, a New York Post Pick, and has been featured on NBC’s “Atlanta & Co.” as well as in Publishers Weekly and The Huffington Post. She is currently at work on her next novel, as well as teaching writing at The Callanwolde Fine Arts Center. Zoe lives in Atlanta with her husband and two sons.

Other Books by Zoe Fishman

What about you? What’s the most unusual – or special – thing you’ve ever inherited?