Today, I am honored to have Christa Allan join me on the blog! 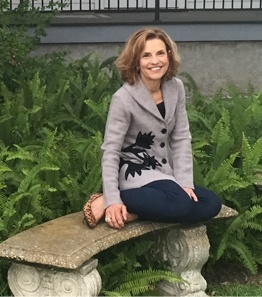 A true Southern woman who knows any cook worth her gumbo always starts with a roux and who never wears white after Labor Day, Christa Allan writes women’s fiction, stories of hope and redemption. Her upcoming novel, A Test of Faith is scheduled to release in March of 2014. Threads of Hope, one of the books in Abingdon’s Quilt Series, released in March (2013). Walking on Broken Glass (2010) and The Edge of Grace (2011) were also published by Abingdon. Love Finds You in New Orleans (Summerside Press) released in 2012.

Christa is the mother of five, grandmother of three, and recently retired after teaching twenty-five years of high school English. She and her husband Ken live in New Orleans.

Christa’s latest book, Since You’ve Been Gone, has been called “riveting, emotional and so powerful” by reviewers. 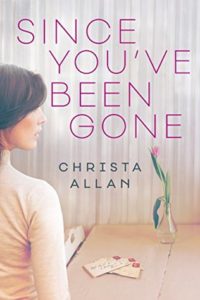 One moment, Olivia Kavanaugh is preparing to walk down the aisle and embrace her own happily ever after. The next, she learns that her fiancé, Wyatt Hammond, has been in a fatal car accident. Then comes a startling discovery: Wyatt’s car wasn’t heading toward the church. He was fifty miles away…with a baby gift in the backseat.

Her faith shaken, Olivia pores over the clues left behind, desperate to know where Wyatt was going that day and why. As she begins uncovering secrets, she also navigates a tense relationship with her judgmental mother and tries to ignore the attentions of a former boyfriend who’s moved back home. But when she starts receiving letters written by Wyatt before his death, she must confront a disturbing question: Can we ever know anyone fully, even someone we love?

When an unexpected path forward—though nothing like the life she once envisioned—offers the promise of a new beginning, will she be strong enough to let go of the past and move toward it?

Welcome to the blog, Christa! I start my guests out with a “fast four” –

Carrie: haha! i love it!

Christa: I live in Louisiana; we have winter for about three days. So, I’d say summer.

Christa: Coffee. It understands me.

Carrie: I have never shared my heart with coffee.  Perhaps I should try that sometime.

Christa: Making my husband understand that the dishwasher is just an arm’s length reach from the sink in which he deposits his dirty dishes.

Carrie: Haha! I think every wife wishes for that superpower!

Books are my favorite topic, and even though my TBR list has recently been upgraded to its own planet I’m always on the lookout for great books to add to it. So, I want to know – what are a few favorite books you’ve read recently?

Carrie: I have heard good things about Barbara Claypole White’s books! Need to add her to my TBR planet… 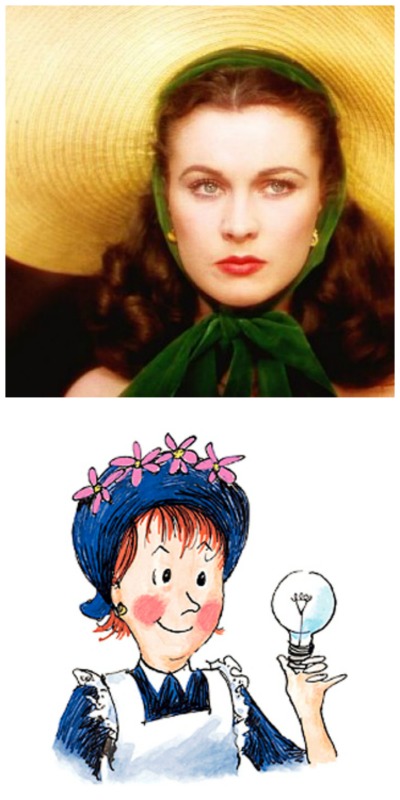 Out of all the literary characters in all the books ever written, which heroine do you most closely resemble?

Carrie: LOL LOL!! I don’t think I’ve ever heard those two characters used in the same comparative sense before. Love it! And now I’m insanely curious to meet you 😉

Since You’ve Been Gone tells the story of a young woman on the cusp of happily-ever-after, only to have it all fall apart. Describe Olivia Kavanaugh in five words.

One of the questions that Olivia has to face in Since You’ve Been Gone is “Can we ever know anyone fully, even someone we love?” Why do you think this question so disturbs us, especially as women?

Christa:  We want to believe that our soul mate knows all the grimy and great parts of us and continues to love us anyway. Not disclosing secrets reeks of distrust. And if the person I love isn’t honest with me about one thing, what else is he dishonest about? What else is he withholding?  Then, because I’m a woman and prone to take guilt on like an old sweater I hate, I wonder what is it about me, what’s wrong with me that makes this person not want to be vulnerable?

What do you most want readers to take away from Since You’ve Been Gone?

Christa: We’re not victims of our circumstances; we’re survivors of them.  Years ago, John Ortberg wrote a book entitled If You Want to Walk on Water, You Have to Get Out of the Boat.  At some point in our lives, we learn that trust and forgiveness are waiting on the shore of redemption. But to reach them, we have to believe in ourselves and the goodness of others.


Carrie: “waiting on the shore of redemption” – i love that. Such a beautiful thought…

What about you? Which two literary heroines do you most closely resemble?