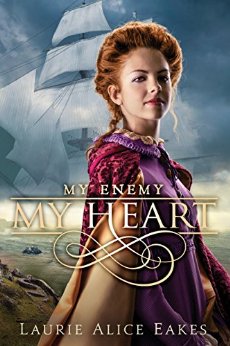 The sea is Deirdre MacKenzie’s home, and the crew of her father’s Baltimore clipper is the only family she loves. She’s happier wearing breeches and climbing the rigging of the Maid of Alexandria than donning a dress and learning to curtsy. But when the War of 1812 erupts, the ship is captured by a British privateer, leaving her father, the captain, dead. Deirdre watches her crew herded into the hold, destined for the notorious Dartmoor prison in England. Though her fate as a noncombatant is uncertain, she knows she must find a way to free her crew.

Kieran Ashford has caused his family one too many scandals. On his way to exile in America, he is waylaid by the declaration of war and a chance to turn privateer and make his own fortune. But he regrets his actions as soon as the rich prize is secured. Now his best chance at redeeming himself in the eyes of his family is to offer Deirdre the protection of his name in marriage.

But love and loyalty clash as Kieran begins to win Deirdre’s heart despite her plot to betray him. Will Kieran’s plan mend the relationship with his family, and can this fated couple find true love despite the secret lies between them? 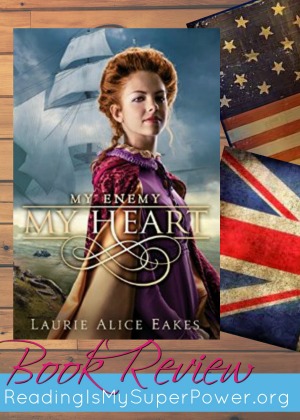 I love marriage of convenience stories … and I love stories set in colonial times/Regency era. So the combination of the two, written by Laurie Alice Eakes, set my little bookish heart aflutter.  Deirdre and Kieran in some ways are an unlikely pair but in other ways I could see them together from the very first time they met on the page.

The War of 1812 isn’t a time period that we a) hear much about or b) read much about.  What makes My Enemy, My Heart so unique is that we see the conflict from both perspectives of the war. A merchant ship full of Americans who didn’t even know they were at war until they were captured by the British privateers. The British gentleman-turned-ship-owner who now has to figure out what to do with said ship full of prisoners, including one woman who complicates everything for a variety of reasons. And once they reach England, it gets even more tenuous.

Deirdre is feisty and independent but she also has a vulnerable side – as well as being much more feminine at heart than she gives herself credit for. Kieran has a troubled past and yearns for his father’s approval but HIS heart is purer and more courageous than anyone gives HIM credit for. And then there are a host of supporting characters that add more dimension – as well as warmth and emotion and intrigue – to the mix.

Bottom Line: Laurie Alice Eakes is one of my favorite authors for colonial-era/Regency fiction, and My Enemy, My Heart reminds me exactly why she holds that spot. She immerses you easily in the world of her novel – you’ll smell the sea air, hear the creak of the boat timbers, and breathe that delightful first breath of fresh “land air” along with the characters.  You will also experience nearly every emotion as you read this book – from grief to fear to anger to pride and, yes, to joy… and everything that goes along with falling in love. Beautifully written, this is a must-read for fans of this time period – and fans of historical fiction in general!


(I voluntarily reviewed a complimentary copy of this book from the author. All views expressed are only my honest opinion.)


KissingBook Level: 3+ / WILL forget to breathe 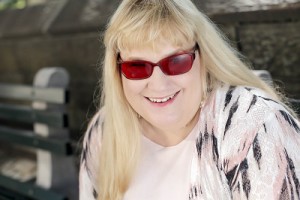 Award-winning author Laurie Alice Eakes wanted to be a writer since knowing what one was. Her first book won the National Readers Choice Award in 2007, and her third book was a Carol Award finalist in 2010. Between December of 2008 and January of 2010, she sold thirteen books to Barbour Publishing, Avalon Books, and Baker/Revell, making her total sales fifteen. Recently, she added two novella sales to that collection, as well as having her first book with Baker/Revell, Lady in the Mist, picked up by Crossings Book Club, and six of her books chosen for large print editions by Thorndike Press. She has been a public speaker for as long as she can remember; thus, only suffers enough stage fright to keep her sharp. In 2002, while in graduate school for writing fiction, she began to teach fiction in person and online. She lives in Chicago with her husband, two dogs, and probably too many cats.

What about you? What most interests you about My Enemy, My Heart?

7 responses to “Book Review: My Enemy My Heart by Laurie Alice Eakes”