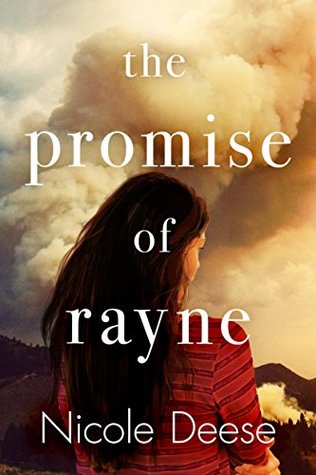 Rayne Shelby has spent her entire life trying to earn the approval of her high-powered family, with the hope of one day managing her late grandfather’s prestigious Idaho lodge. But when she makes a mistake that puts her future in jeopardy, she faces an impossible choice: defy her family or deny her dream. The only way to fix the mess she’s created is to enlist the help of her neighbor, Levi, the apprentice of her family’s greatest enemy. And if Rayne gets caught crossing the divided property lines, the consequences will be irreparable.

Levi Harding has never forgotten the August night he shared with Rayne when they were teens—or the way she later rejected him. Despite his warring instincts, he can’t ignore her plea for help or the spark that’s ignited between them. But now, as wildfires bear down on their town and family secrets are revealed, their newfound alliance might just go up in smoke.

“Like a slippery substance she couldn’t quite grasp, she’d struggled to accept why an all-knowing God would sacrifice himself for the souls of faulty people.” 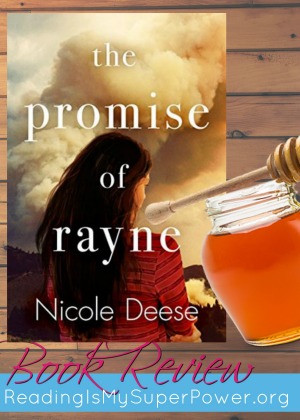 This book. It gets inside your heart and won’t let go.

So does Levi (SWOON).

Levi and Rayne are kinda like Romeo and Juliet, only way more interesting. And they don’t die at the end. (that’s not really a spoiler; it’s ok) Despite their instant (and sizzling) attraction that’s withstood both the test of time and the barrier of being “off limits”, Rayne still can’t quite find herself free to relax in their relationship. I personally think this is because Levi keeps kissing her senseless and she can’t think straight, but that’s just me 😉

Levi has his faults, sure, but he’s mostly just delightfully swoonworthy. And he says things like:

I’ve offered to storm the Shelby castle a thousand times, slay the dragon master, and collect my prize. You just haven’t taken me up on it yet.

And the boy can KISS!! Helloooooo another book for my next KissingBooks 101 post! And while he’s yummy in his farming clothes, he’s even more so when he gets gussied up. Whew. Keep those fans and fainting couches handy for this one, y’all.

So, yes there’s Levi. But that’s not even the best part of Nicole Deese’s latest book. The Promise of Rayne puts both bitterness and mercy in the spotlight and does so without being preachy. In one gut-punch moment of the story, the stark chasm between the two is hauntingly clear and it’s a scene I know I will be thinking about for a long time to come.

Bottom Line: The Promise of Rayne is a romance, yes – and a darn good one – but it’s so much more. It’s a convicting look at how bitterness can tear a person apart and how its flames spread to everyone that person touches. It’s a sobering example of the way “desperation undermines wisdom“, but it’s also a tender picture of the power of forgiveness in action as well as an inspiring fight song for mercy. Do not miss this book! (I’m even hoping there’s a series to come – I’m not ready to give up these characters quite yet.)

(I voluntarily reviewed a complimentary copy of this book from the publisher. All views expressed are only my honest opinion.) 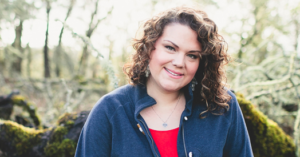 Nicole Deese is a full-time lover of humorous, heartfelt, and hope-filled fiction. She is the author of seven inspirational romances including the Love in Lenox novels, A Cliché Christmas and A Season to Love, and The Promise of Rayne.

When she’s not writing, she can usually be found reading near a window while sipping a LaCroix. She lives in small-town Idaho with her handsome hubby and two sons.

Other Books by Nicole Deese

What about you? Have you read Nicole’s books yet?

14 responses to “Book Review: The Promise of Rayne by Nicole Deese”