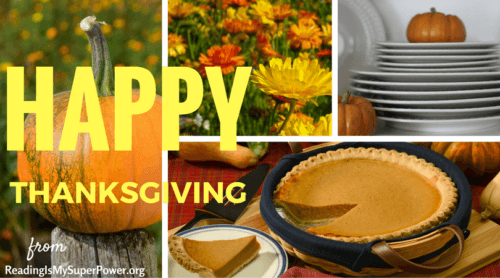 Happy Thanksgiving to all my readers in the United States! I am cool aunting today … and eyeing the butterscotch apple pie (and the pumpkin pie… and the pecan pie) that my sister-in-law made yesterday with my nieces and nephew’s help.

Since our Canadian neighbors have already had their Thanksgiving, I’m allowing Rachel McMillan to commit blog thievery for the day along with her pal and coauthor Allison Pittman! 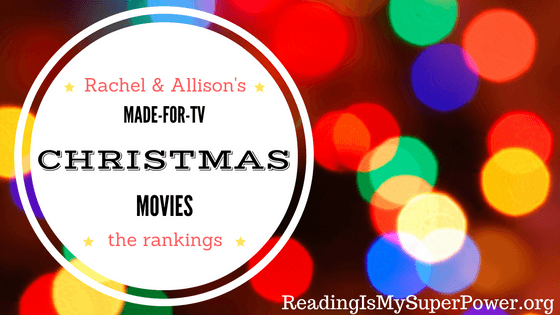 Rachel and Allison here.  We are so excited to talk to you about our shared guilty pleasure: made-for-TV Christmas movies.

As we spend most of November and December yapping about our favourite festive films, we thought we would rank some of them for, you know, deep and ultra-important things — like hair and kisses.

Rachel: The Nine Lives of Christmas. That scene where they “accidentally” kiss under the Mistletoe gets me every time.

Allison: Mine has to be the kiss in Stealing Christmas with Tony Danza and Leah Thompson. They’re out by the truck, it’s snowing (like, real snow), and it looks like a true nerve-wracking first kiss. Both of the characters are a little out of practice and rough around the edges and it’s this pure, sweet, innocent moment. And then, after, when Leah Thompson’s character is walking into the house, she does this little flirty turn-look-back, like something a teenager would do, and It’s adorable. 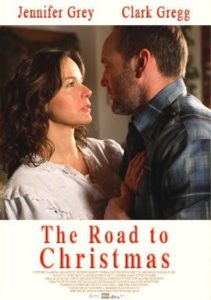 Rachel: Her: Chyler Leigh in Window Wonderland. Him: Tom Cavanaugh in Trading Christmas

Allison: Her: Jennifer Grey in The Road to Christmas. At the beginning of the movie, her hair is beautifully flat-ironed, as a testament to her polished professionalism. But as the journey goes on, and she’s forced out of her routine, it becomes this soft, natural wavy mass. I love how her hair works as both plot device and character development.

Him: A recent addition, but David Haydn-Jones in this year’s My Christmas Wish. He’s a single father and a working artist, and his hair is just a bit mussy as a perfect complement to his stubble. His hair is the most redeeming aspect of this movie. 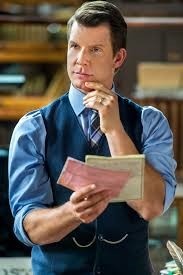 Rachel: Oliver O’Toole ( as played by Eric Mabius) in Signed Sealed Delivered for Christmas. I love the suspender-wearing-old-letter-opener-collecting-ballroom-dancing-yoohoo-drinking captain of the Dead Letter Office.  And the way he says “Shane.”  Sigh.  This is a really moving film for his character development, too.  Especially as he wrestles with his own insecurities. Also, he has the best lines in this: “one does not consume alcohol before dancing the rumba.”

Allison: Clark Gregg in Road to Christmas. I think because he’s such a good actor—and that’s not always the first priority in casting these movies. (with all apologies to Rachel’s Sam Medina, of course) But his nuanced performance makes him so sexy. You can sense the vulnerability and the hesitancy. You can see him falling in love with her. He seems like the kind of guy who can fix things, too. Like he’d always have the right tool or gadget handy. And, if he didn’t, he could get it in just one trip to the local hardware store. And he’d know the name of the guy at the hardware store. And that, my friends, is sexy.

Rachel:there is a weepy called November Christmas about a little girl who has a terminal illness and may not make it to Christmas so her family and her kind neighbours help take her through all of the holidays she will potentially miss.  Sam Elliott is a rugged Christmas tree farmer with a heart of gold and his love for this little girl just catches in my throat.

Allison: The last five minutes of Three Days starring Kristin Davis and Reed Diamond. I can’t elaborate without ruining the movie, so grab a box of tissues and go watch it on YouTube.

Rachel: I really love the homey, welcoming feeling of A Very Merry Mix-Up. When the heroine ends up at the wrong house and the people she thinks are her future in-laws welcome her into their cozy bower. Everything about this film and its traditions and warmth make me feel like hot apple cider.

Allison: This might seem like an odd choice, but I have to go with Holiday in Handcuffs with Melissa Joan Hart and Mario Lopez. For one, that opening diner scene where she is a waitress seems so real. And the family dynamics seem real, and her anxiety seems real. And Mario’s naked torso seems real. I’m not a huge fan of the “we’re pretending to be dating” plot device, but in this movie, the complexity of the family dynamic really seems to fuel the romance, and ultimately Christmas celebrations are about family.

Visit the magic of Christmas in our whimsical and hopelessly romantic pair of Christmas novellas Starring Christmas: releasing Tues November 29

Two Christmas novellas by beloved novelists in one set! 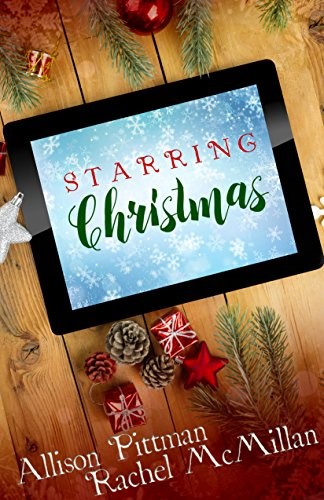 Falling for a Christmas Star by Rachel McMillan

Sam Medina has finally made it. A last minute casting change finds him en route to Toronto to star in the latest entry of the Serendipity Network’s annual Christmas movie extravaganza, My True Love Gave to Me. Finally, he will have the chance to shake off his reputation for supporting roles as the best friend or kind-hearted barista and prove that he is leading man material.

Merry Strathford is too busy for love. When she’s not pursuing a tenure track position in Medieval Women’s studies, she’s serving plum pudding lattes at the Holly and the Ivy Café. Thus far, the only romance in her life occurs when she falls under the spell of her favourite made-for-TV movies. That is, until Sam Medina walks through the coffee shop door.

Suddenly, both Sam and Merry are living the romance of a Serendipity movie. But life isn’t all snowflakes and sugar plums and real life —and relationships—are far from cookie cutter shortbread.

Mari Medina is in love…with her neighborhood. She’s converted her historic ancestral home into a cool coffee shop and party space, with an apartment upstairs big enough to share with her mother. It’s a comfortable, safe existence, even if it lacks the spark to fuel her unsuccessful attempts to break into the world of writing romance. Still, she’s always on the lookout for a new taste to bring to her patrons.

Larsen Clarke had everything that comes with a successful career: a luxury apartment, a flashy sports car, and his pick of society women. When hardship strikes his family, he gives it all up, trading for a room in his brother’s home, and a venture into creating craft beer. He’s traded his expensive suit for a plaid shirt, and the only risk he’s willing to take involves bold Texas-based brew.

When Mari and Larsen meet, it’s a collision of retail and romance. She’s looking for a story, he’s looking for himself. Together, they just might find a little lone star magic. 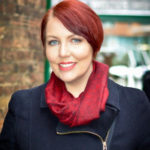 Rachel McMillan is the hopelessly and haplessly romantic scribbler behind the Herringford and Watts series. She grew up in a small Ontario town with an annual Christmas light parade, small-town traditions and so much snow.  Now, she lives in Toronto where she spends most of November and December visiting the city’s many Christmas markets and department store window displays (but only when she is not catching up on the latest Hallmark Christmas movie roster and counting the days until she can go home for Christmas once again. 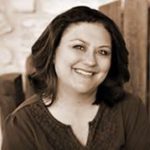 Allison Pittman is an acclaimed novelist of more than a dozen books. She wasn’t born in Texas, but she’s decided it’s in her blood anyways. She likes Christmas shopping in shorts, picking up the holiday turkey at the local smokehouse, and watching her white Christmas on a television screen. She has three grown-up boys—and one almost-grown-up husband—Mikey— the undisputed nicest guy in the world who lets her keep the DVR filled up with Christmas so that she can watch that part one more time.

What about you? What’s your favorite made-for-TV Christmas movie?

I am giving away one copy (Kindle ebook only) of Starring Christmas to one of my readers.  Since it is a Kindle giveaway, it is open internatonally except where prohibited by law. Giveaway is subject to Reading Is My SuperPower’s giveaway policies.

27 responses to “Guest Post (and a Giveaway!): Starring Christmas by Rachel McMillan and Allison Pittman”