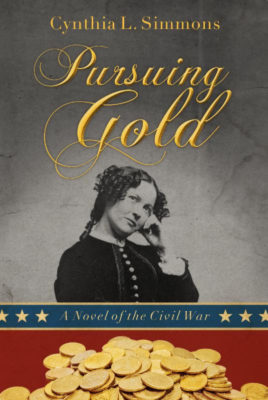 With his father dead and his business partner incapacitated, Peter Chandler inherits the leadership of a bank in economic crisis.

With only a newly-minted college degree and little experience, Peter joins his partner’s daughter, Mary Beth Roper, in a struggle to keep C&R Bank afloat while the Civil War rages around Chattanooga.
Political pressure for unsecured loans of gold to the government stirs up trouble as tempers and prices rise. Their problems multiply when Mary Beth discovers counterfeit money with Peter’s forged signature. Can they find the forger before the bank fails?
The two friends must pursue gold on behalf of their business, as they learn to pursue their heavenly Father to find hope and peace.

“The war was making her safe world crumble.”

The United States Civil War is one of my favorite historical eras to read about – both in fiction as well as nonfiction. Usually books written about this time period are set in Atlanta or Nashville or somewhere in Virginia or Pennsylvania. Pursuing Gold is – if my memory is correct – the first book I’ve read set in Chattanooga during the Civil War, and I found this aspect of the story – and thus, its ability to stand out from the multitudes – to be the most intriguing part of the book.

Another aspect that had the history geek in me sitting up and taking notice is the plot-line involving counterfeit Confederate money. As Peter discusses with Mary Beth, this had the potential to cripple whichever bank the money was from, causing the bank to fail. On the one hand – what a brilliant strategy if you’re the enemy. On the other hand, what devastation for honest businessmen trying to do their best to adjust to changes in the economy. Fascinating.

Peter and Mary Beth have been friends for years, and as her father’s health rapidly declines Peter becomes even more protective of her. Their courtship is sweet and sincere, though there’s not a lot of chemistry/emotion between them. Along with Mary Beth’s father, Peter is my favorite character in the novel. He has a lot on his shoulders but handles it with dignity and wisdom as well as grace. Mary Beth is, like their relationship, sweet and sincere but there didn’t seem to be as much depth to her as I would have liked. She does experience character growth as the book progresses though. 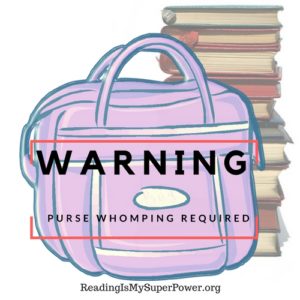 As for the more dastardly characters in Pursuing Gold, I figured out most of the ‘who’ in the mystery subplot fairly early on (though I was still surprised by the rest!) but I couldn’t predict the ‘why’ until it was revealed over the natural course of the novel.  A nicely-plotted mystery element. And keep your whomping purse handy because a couple of these characters need a good purse-whomping! (P.S. – isn’t my new graphic fun? Melony Teague made it for me.)

Some of the other characters though, notably Peter’s mother and sister, I just couldn’t connect with. Anna Chandler (Peter’s mother) comes across as flaky … until she decides not to be. And his sister is much the same way, only more difficult.

Bottom Line: I have mixed feelings about Pursuing Gold. On the one hand, I found the history element and unique setting to be very intriguing, as well as the plot angle of the counterfeiting Confederate bills. On the other hand, I had a difficult time connecting with the characters and felt the story itself could have used tightening up. It’s a sweet story in many ways; it just didn’t hold my interest.

Side Note: There were quite a few editing issues, too, and while I don’t normally mention those when reviewing advanced copies I’m pretty sure this was a final copy – and they were very distracting.  Things like misplaced punctuation that made sentences confusing; missing words; phrases or statements that seemed out of place or made you think you’re missing something (it took me forever to figure out what Dr. Smith had to do with one of Peter and Mr. Roper’s conversations about the counterfeiters); plot points that don’t make sense (McDonald “delivering” Mary Beth’s letter to her is one I still don’t understand). This doesn’t affect my rating but in the interest of a full review I felt it needed to be mentioned. 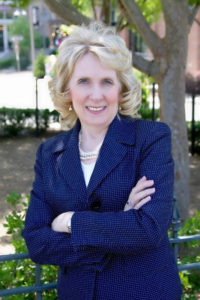 Cynthia L Simmons and her husband, Ray, have five children and reside in Atlanta. She has taught for over thirty years as a homeschool mother and Bible teacher. She’s a columnist for Leading Hearts Magazine and she directs Atlanta Christian Writing Conference. Cyndi has a heart for encouraging women in today’s crazy, upside-down world. She loves history and peppers her speaking and teaching with fascinating vignettes from the past. Her first book, Struggles and Triumphs, was nominated for 2008 Georgia Author of the Year. She co-founded Homeschool Answers and hosts Heart of the Matter Radio.

Other Books by Cynthia L. Simmons

Follow along with the Litfuse tour to see what others are saying!