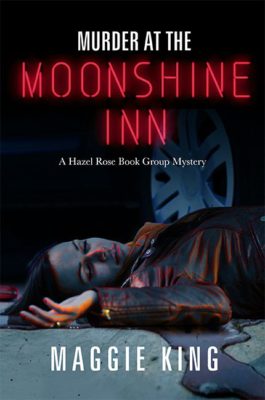 When high-powered executive Roxanne Howard dies in a pool of blood outside the Moonshine Inn, Richmond, Virginia’s premiere redneck bar, the victim’s sister enlists Hazel Rose to ferret out the killer. At first Hazel balks—she’s a romance writer, not a detective. But Brad Jones, Rox’s husband, is the prime suspect. He’s also Hazel’s cousin, and Hazel believes in doing anything to help family. Never mind that Brad won’t give her the time of day—he’s still family.

Hazel recruits her book group members to help with the investigation. It’s not long before they discover any number of people who feel that a world without Rox Howard is just fine with them: Brad’s son believes that Rox and Brad were behind his mother’s death; Rox’s former young lover holds Rox responsible for a tragedy in his family; and one of Rox’s employees filed a wrongful termination lawsuit against her. The killer could be an angry regular from the Moonshine Inn—or just about anyone who ever crossed paths with the willful and manipulative Rox. When a second murder ups the ante Hazel must find out who is behind the killings. And fast. Or she may be victim #3.

“Murder was not romantic”

Murder at the Moonshine Inn by Maggie King is, in my opinion, a mix of “cozy mystery” and “traditional mystery” – with a variety of elements from both genres.

Hazel Rose is a romance writer, married to a retired-detective-turned-true-crime-writer. She’s also the narrator of this tale and her dry wit (and the author’s way with words) is a delight.  Besides Hazel, a gaggle of interesting characters parades through the novel, from the silly to the sad and just about everything in between. I enjoyed the bits of humor, as well as the fact that the majority of the characters were of a more “mature” age.


The mystery itself is well-crafted, with twists and (as Hazel herself points out) a few red herrings mixed in with the real clues. I started to figure it out about the same time Hazel did, so the overall pace and plotting was nicely constructed.  Speaking of pace, the case took weeks to solve – which is a nice nod to reality instead of the typical novel which ties everything up nicely within a few days of book-world time.

Bottom Line: Murder at the Moonshine Inn by Maggie King stops just short of being a fully traditional mystery, maintaining its “cozy” status but dancing around an “edgy” label at the same time. While there are no inappropriate scenes, those book club ladies sure do mention sex a lot! Still, overall, this is a unique story with fun characters and a well-written murder to solve. Hazel Rose makes both a likable main character as well as a delightful narrator, and I’ll be keeping an eye out for what she ends up investigating next!


Reviewer’s Note: Readers may want to be aware that there is some foul language in this book, though it is not extensive. 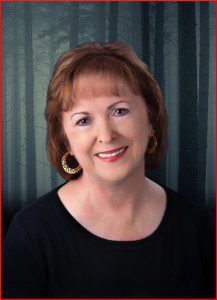 Maggie King is the author of the Hazel Rose Book Group mysteries, including the recently-released Murder at the Moonshine Inn

. She contributed the stories “A Not So Genteel Murder” and “Reunion at Shockoe Slip” to the Virginia is for Mysteries anthologies.

Maggie is a member of Sisters in Crime, James River Writers, and the American Association of University Women. She has worked as a software developer, retail sales manager, and customer service supervisor. Maggie graduated from Elizabeth Seton College and earned a B.S. degree in Business Administration from Rochester Institute of Technology. She has called New Jersey, Massachusetts, and California home. These days she lives in Richmond, Virginia with her husband, Glen, and cats, Morris and Olive.

Follow along with the Great Escapes Blog Tour to see what others are saying!

6 responses to “Book Review (and a Giveaway!): Murder at the Moonshine Inn by Maggie King”