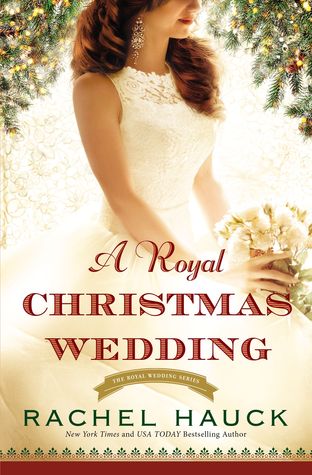 It’s been five years since Avery Truitt and Prince Colin of Brighton Kingdom fell in love. But he broke her heart with no explanation.

Fast forward to present day, and Colin is Brighton’s most eligible bachelor now that cousin Stephen has married. When Avery’s father dies of a heart attack, she puts her life on hold and returns home to St. Simons Island, Georgia, to help Mama with the family restaurant. But Mama misses Avery’s sister Susanna, who lives four thousand miles away in Brighton Kingdom—and is expecting her first child. So Mama insists she and Avery spend the Christmas season in Brighton.

Colin and Avery are going to see each other a lot while she’s visiting. But she can’t forget the way he hurt her, and he didn’t expect his feelings to still be so strong.

Avery is torn between considering a future in Brighton and taking a coaching job in Georgia, and Colin is finally pushed to pursue what he really wants. Is it too late to convince Avery that she is his true love? And even if he does, will she make it to the chapel on Christmas Day to give him her heart?

“She didn’t want there to be a matter, not after four and a half years, but by the twist in her heart at every mention of Brighton Kingdom there was clearly a matter.” 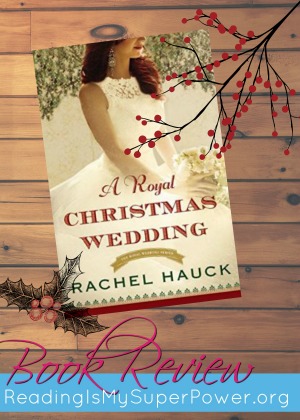 I don’t think any little girl who believed in fairy tales ever truly outgrows them. There’s something ingrained in our hearts that still swoons over the thought of a charming prince falling head over heels in love with a common gal like us.

Not to digress too much here, but have you ever noticed that one of Jesus’ titles is “Prince of Peace” and when He returns for us one day He will come riding in on a white horse to defeat the enemy. The Hero of Heroes, the King of Kings, crazy about you and me – His Bride – and He takes us away to live with Him happily ever after. Solomon famously said that God has set eternity in the hearts of men (and women), and I firmly believe this is why we can’t resist a good fairy tale. Because while Jesus will one day make all sad things untrue, He will also make all the fairy tales TRUE.

Sorry. Didn’t mean to storm the pulpit there 😀

Anywho… A Royal Christmas Wedding is the best kind of royal romance. It’s swoony and sweet and sincere. And it takes place at CHRISTMAS which – as we all know – makes everything more romantic.  And Colin and Avery have amazing chemistry, their history only magnifying the sparks between them. Their eye contact alone is enough to melt snow. Unfortunately, they (of course) have obstacles to overcome before their happily-ever-after can begin.  But these add definition to each character as well as providing great opportunity for character growth.

Along with the romance and the overall festive feel to the book, A Royal Christmas Wedding takes a look at some rather poignant issues too. Avery, her mom, and her sister are all still reeling from the loss of their father/husband and each of them is handling their grief in ways true to their own personalities. These conversations and scenes were honest and touching. Additionally, Colin already let his own father waylay his relationship with Avery five years ago. Now that they find themselves back in close proximity, with the magic of the season and a nudge from both tradition and the Divine, he has to choose once again between what his father wants for him and what he wants for himself.

Bottom Line: Southern sass meets royal charm in this deliciously romantic holiday novel. As with Ms. Hauck’s other books, I love that God is portrayed as One who is very personal and still moves in mysterious ways on behalf of His children. The return to characters we’ve already met (and loved) is icing on the Christmas cake, and while you don’t need to have read the other books in the series to enjoy this one, you’ll certainly appreciate a lot of the secondary characters more if you do. If you grew up pretending to be Cinderella or Belle or one of the younger princesses who I’m too old to know (lol), then you absolutely must read the Royal Wedding series by Rachel Hauck!

My Rating: 4 stars / I still love fairy tales most of all


KissingBook Level: 3+ / You for sure will forget to breathe… might need a fan too. 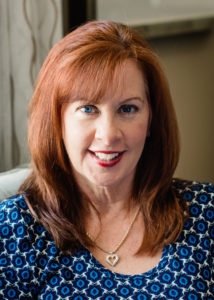 A graduate of Ohio State University with a degree in Journalism, Rachel worked in the corporate software world before planting her backside in an uncomfortable chair to write full-time in 2004.

She serves on the Executive Board for American Christian Fiction Writers and leads worship at their annual conference. She is a mentor and book therapist at My Book Therapy, and conference speaker.

Rachel lives in central Florida with her husband and pets, and writes from her two-story tower in an exceedingly more comfy chair. She is a huge Buckeyes football fan.

I don’t think we can ever get enough of royals or Christmas, do you? The two just seem to go together.

That being said, welcome to The Royal Christmas Wedding blog tour. My deepest thanks to all the bloggers, reviewers, and readers for hosting and visiting this tour. I’m excited to share this story with you all.

The hero and heroine, Prince Colin and Avery Truitt, first met in Once Upon A Prince at King Nathaniel’s coronation.

I hadn’t planned to write a spinoff story with the two of them. In fact, I didn’t even know Prince Colin existed until Avery walked into the abbey for the coronation and glanced across the sanctuary into his eyes.

Lean, aristocratic with an outdoorsman ruddiness, he nearly made Susanna swoon when he winked at Avery.

I liked Colin immediately. So did Avery. As well as a lot of you.

When my publisher asked me to write their story, it would be two years before the book would release. Plenty of time, right?

But “time crunch” is the name of the game with most writers. Between life, rewrites, edits, and promotional activity, we often find ourselves hurrying toward a deadline. Well, at least I do.

In the fall of 2015 I was writing The Wedding Shop and A Royal Christmas Wedding at the same time.

I’d also dealt with a physical issue that left me shaky. Could I write two books in five months? Did I want to even make the attempt?

If I said no, publication dates would be pushed out, causing a year delay on A Royal Christmas Wedding. And I knew that was something I did not want to do.

Publishing is a long game. Books are contracted and due 12 to 18, even 24 months, before release dates. Time must be carved out for rewrites and editing, marketing and promotion. Review copies go out at least five months in advance.

So I agreed to write both books. I told my editor, “Diamonds come from pressure.”

Coming up with Avery and Prince Colin’s story wasn’t as easy as I’d planned. Since they met in Once Upon A Prince as teenagers, I struggled with how to advance their age and relationship, and how to present them as the book opened.

Where had their relationship gone “between the books?”

When I came up with the idea of the Pembroke Chapel bell, the story magic began to happen. One of the things I love in the royal wedding books is the fairytale aspect. Looking for something out of the ordinary.

Even though my writing time was tight, writing Avery and Colin’s story was a joy. Once again I wish I could visit Brighton, eat a puff, and royal watch for the Strattons!

I hope you found a few sweet spots in the story, all wrapped in Christmas holiday cheer, and enjoyed your time with me in Brighton Kingdom. 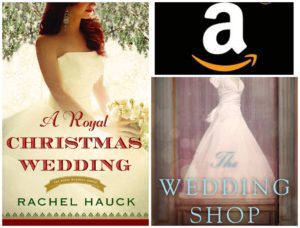 To celebrate her tour, Rachel is giving away a $25 Amazon gift card plus a copy of A Royal Christmas Wedding and a copy of The Wedding Shop. Enter via the PromoSimple form below. Be sure to comment on this post to earn 9 extra entries in the giveaway!

33 responses to “Book Review (and a Giveaway): A Royal Christmas Wedding by Rachel Hauck”