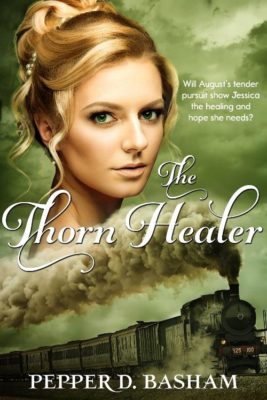 Jessica Ross’ scars run much deeper than the wounds of a world at war. Determined to escape the ghosts of her past and the German influence on her nightmares, she returns home to the sleepy Appalachian town of Hot Springs, NC, only to find the renowned Mountain Park Hotel has been converted into a ‘prison’ for displaced Germans and, much to Jessica’s dismay, her grandparents have befriended one of them.

August Reinhold has not only found kinship with Jessica’s grandparents, but as they share their granddaughter’s letters from the Front, he discovers a surprising bond drawing him toward the independent and beautiful woman. Displaced by a war and a painful history, he find Hot Springs and the intriguing, Jessica Ross, a tempting place to start over. Determined to scale the heights of her bitterness and show her the power of love, August faces more than just Jessica’s resistance, but a more devious design to harm the civilian sailors housed in Hot Springs.

Will August’s tender pursuit show Jessica the healing and hope she needs, or will bitterness force her into the hands of a ‘true’ enemy waiting to destroy much more than her heart?

“You are not too broken to be beautiful.”

This book. This hero. These words. Those kisses! (That cover!) 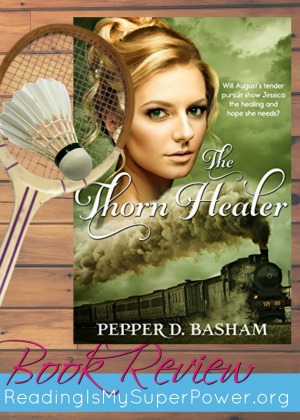 I’ve been traveling with August and Jessica for several months now, and they are both deeply embedded in my heart. To be honest, I sorta still harbored a few less than cordial feelings toward Jessica after her treatment of Catherine in The Thorn Keeper. But then, under Pepper’s great talent for drawing the beauty out of the broken, I began to see myself in Jessica. In her bondage to fear, in her insecurities, in her fierceness (both positive and negative).

And then in August (whom I loved immediately), I began to see my Savior. And oh… y’all. THAT is when The Thorn Healer soared up the ranks to become my favorite of the series.

“Nothing is too broken it cannot be restored with the proper care.”

You see, he loved her before she met him. And he patiently waits for her, continuing to love Jessica until her objections to him begin to scatter in the wind. He gives her dignity in the midst of her panic, courage in the middle of her fears, honesty when she needs to hear some, and strength when hers runs out. August teaches her that beauty can be found in brokenness, gratitude in scars, and love in unexpected places.

The symbolism in The Thorn Healer is exquisite, the romance equally so, and the words that convey both elements will linger in your heart for years.

“I can go nowhere else for my heart. It is caught and I will not take it back.”

And the history to be found on these pages is some of the most fascinating I’ve discovered about America during WW1. A prison camp for German detainees – most of whom had absolutely nothing to do with the war being fought on other shores – right in the middle of a “teeny tiny town” in North Carolina. I love it when a fiction book causes the history geek in me to start drooling in anticipation of doing my own research to learn more. The Thorn Healer affected me like that perhaps more than any book I’ve read in recent… well.. in recent history 😀

In fact, learning all of this about August and his fellow detainees and getting even more info from my conversations with Pepper helped me solve a mystery (I’m 99% sure) in my husband’s family line. His great-grandfather immigrated here as a teenager in the early 1900s and I can track him through census records until about the start of WW1… which is when he just disappears completely … until he shows back up again on the first census to be taken after the end of WW1. Maybe he just changed his name for a time as he saw the figurative writing on the wall, but maybe? Maybe he was in one of the other prison camps scattered across the U.S. Fear is a powerful thing in the hands of a restless nation looking for someone to blame. Which is why The Thorn Healer is also so timely for the world in which we live today.

Bottom Line: Pepper Basham’s gift of storytelling comes home to the Blue Ridge Mountains in her third Penned in Time book. Intriguing history shares the page with a swoonworthy romance and soul-deep touches of grace. In August Reinhold, you will find a hero of heroes and a tender picture of our Savior’s relentless pursuit of our hearts. I’ve read all three of the Penned in Time books, and I’ve loved them all, but this one is my absolute favorite! Framed in Basham’s exquisite prose, this is a novel that will put down roots in your heart and stay a while.

1. Jessica was an EXTREMELY difficult character to write, from beginning to end. I think it was a personality trait for her 😉

2. I had not planned on Anna showing up in this story…or Cliff – but I’m so glad they appeared. 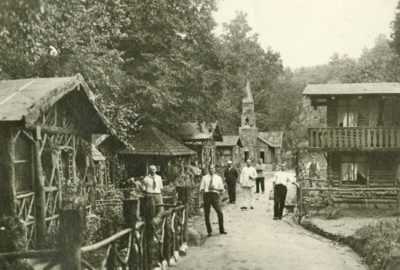 3. Hot Springs is a real place that had a real German internment camp during World War 1 (not 2)

4. The author of the book The German Invasion of Hot Springs was an amazing resource for history into both Hot Springs AND the internment camp.

5. A little historical tidbit here – many of the people in Hot Springs didn’t know about the existence of the internment camp because everyone stopped talking about it when World War 2 broke out. They were ashamed of their involvement in having Germans in their town.

6. There is still one artifact left in Hot Springs of the Germans’ presence there – but only one – except for any personal artifacts family members have passed down (a painting is one I know of) 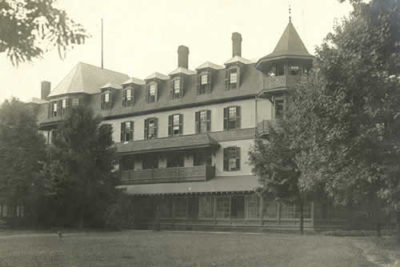 7. The Hot Springs in the town are still active and people still come to use them, though the site is NOTHING like the grandeur and elegance of the former hotel that used to stand on the site.

8. In history, nobody knows who started the typhoid epidemic that takes place in the book.

9. I created Sylvie to go with Jude so I could write a World War 2 romance of them 😉

10. There’s a funny story to the cover design. The stock photo of the woman used is of a woman in a strapless wedding gown…neither of which was appropriate for the era OR my heroine. So…we had to decide on a ‘romantic’ way to cover those shoulders….thus the train smoke emerged. 🙂 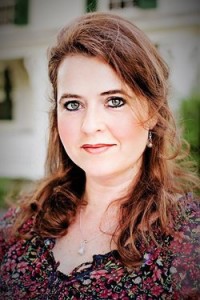 Pepper Basham is an award-winning author who writes romance peppered with grace and humor. She currently resides in the lovely mountains of Asheville, NC where she is the mom of 5 great kids, speech-pathologist to about fifty more, lover of chocolate, jazz, and Jesus. Her debut historical novel, The Thorn Bearer, released in May 2015 and has garnered awards such as Reader’s Favorites Award, finalist in the Grace Awards, shortlisted for the Inspy Awards, and most recently a finalist in the ACFW Carol Awards. Her second historical novel, The Thorn Keeper, released in Feb 2016, followed by The Thorn Healer in December which received a TOP PICK from Romantic Times. Her first contemporary romance, A Twist of Faith, released in April 2016, also with acclaim from Romantic Times.


Other Books by Pepper Basham 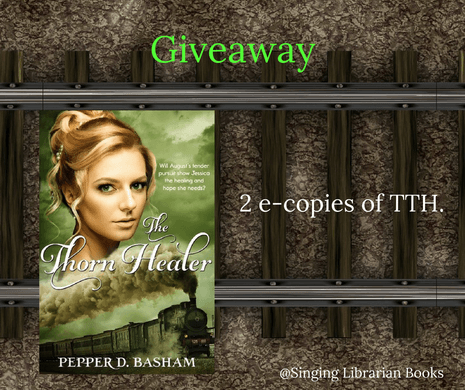 What about you? What’s a way you’ve seen beauty come out of brokenness?

28 responses to “Book Review (and a Giveaway!): The Thorn Healer by Pepper Basham”