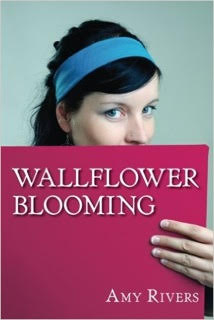 Val Shakely is a list-maker. Daily routine. Check. Calm, quiet (but successful) business. Check. No drama. No excitement. Some might call it boring, but it’s precisely the way Val likes it. She loves her hometown of Cambria, nestled in the mountains of Colorado, and runs a fruitful PR firm. And that’s more than enough for Val. So what if she doesn’t have a social life?

Then, her cousin Gwen decides to take on the local political bully, the Mayor, in head-to-head combat for the Mayoral seat and Val takes her company reluctantly, and against her better judgment, into the fray. The minute Val takes on Gwen’s campaign, the safe world that she has carefully constructed begins to unravel. She feels the pressure of the campaign and the personal attacks by Gwen’s opponent.

And as if that wasn’t complicated enough, Val finds herself falling in love. Val’s desire to stay on the sidelines is put to the test and she’s forced to reexamine the life she’s built as she trudges toward a new and more exciting future.

I wanted to like this book. The cover is cute, the blurb seems like a setup for a good story, and I was assured when I agreed to review it that it was a “clean, sweet romance”.  Well, the cover is still cute but the story (at least the execution of it) is problematic and the romance is less clean than I was given to believe.

While the basic bones of the story and the writing structure are good, the characters are rather one-dimensional and the progression of events feels like it’s missing chunks or just doesn’t work. Especially the developing romance between Val and John. Despite the fact that there is just no chemistry/emotion that I could sense between them, their early relationship is a bit stalkerish to be honest.  The day after their first encounter (which amounted to noting that his tie matched her purse … and a BRIEF conversation that doesn’t go beyond surface level comments), John shows up at her office building as she’s leaving. We find out shortly thereafter that he last-minute scheduled a meeting with his attorney (whose office is in the same building) just so he could see her again. In another encounter, Val doesn’t see John anywhere at a party – even though she knows he was just there – but later she gets a text from him that says “I couldn’t take my eyes off you.” Ummm… creepy much?

And maybe these elements in a different book with different characters would have been ok, but here in this book with these characters … it didn’t work for me. I didn’t sense any emotion/chemistry between them or from them. We don’t get inside their heads or feel what they’re feeling, and the entire book just moves along without much emotion at all.

Bottom Line: The general premise of Wallflower Blooming has merit, but the way it comes together is underdeveloped on several levels. The characters need more dimension, the romance needs more emotion, and the plot needs more definition. If the story were tightened up a bit and the characters developed more deeply, this could be very enjoyable.

However, several other reviewers would disagree with me. Here’s what some Amazon reviewers have said about this book:

“…an excellent, fast paced book that will not disappoint.”

“A story with characters you will love, an entertaining plot, and a very enjoyable read.”

Reviewer’s Note: Despite being told that this was a clean romance, there is some mild sexual content. Readers should also be aware that there is quite a lot of foul language as well. 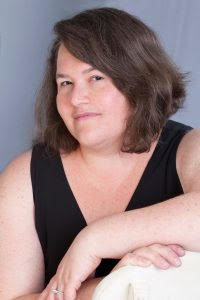 Amy Rivers was born and raised in southern New Mexico and currently resides in Colorado. She had an idyllic childhood despite a severe visual impairment and, perhaps because of her disability, she learned a lot about compassion and empathy from a young age. Her keen interest in social issues and violence prevention led to a Master’s degree with concentrations in Psychology and Politics. She was the director of a sexual assault response program and remains an advocate for social justice. Amy has been published in Chicken Soup for the Soul: Inspiration for Nurses, Novelty Bride Magazine, ESME.com and Splice Today. Wallflower Blooming is her first novel.