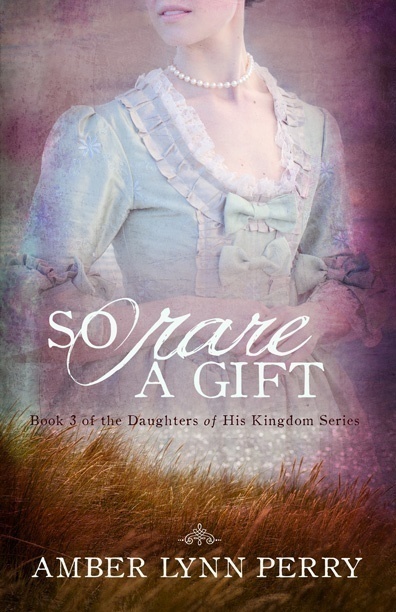 Escape is Anna Rone’s only option. Never again will she be trapped in a loveless marriage. A new life in America means safety—and discovering the truth behind her beloved brother’s death. But when she is nearly captured and forced to return to England, her vow to never marry for anything but love is forgotten when she must marry for protection. Perhaps the handsome man she accepts is truly as caring as he seems. If he is not, her future in America is darker than ever before.

Captain Henry Donaldson aided the colonists too many times. And now, the British army intends to make him pay with his life. Without his friends in Sandwich, he would be a dead man. He’s already changed his name, and when the kind, courageous woman he rescued offers to become his bride, he accepts despite the risks. His past taught him that women are not to be trusted and that love can cut deeper than the sword. Only time will reveal if this choice will bring the greatest pain he’s ever known

“We must live truth. Fearlessly.” 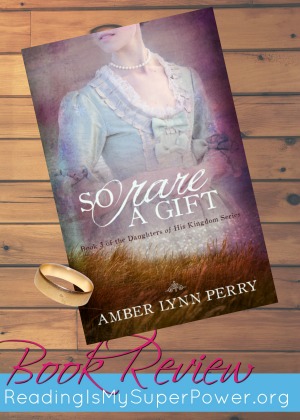 Ohhhh my friends!! If you enjoy reading about Colonial America and you have not discovered Amber Lynn Perry’s books yet, you are seriously missing out! If you love a good marriage-of-convenience plot, no matter the setting, then you must hasten to get your hands on a copy of her latest novel, So Rare A Gift.

Because while So Rare A Gift is rich with setting and history, Henry’s and Anna’s story is timeless and Perry’s writing captivates. Her skillful turn of a phrase conveys poignant depth of meaning in a few poetically-placed words, and her sense of timing is perfection. Fans of Laura Frantz, Lori Benton and Michelle Griep will feel right at home in the pages of Amber Lynn Perry’s books.

Henry and Anna are thrust into a marriage of convenience after the intersection of their respective escapes from their respective pursuers. Tensions are high between them – as they adjust to each other – and around them – as they and their friends gear up to resist the British. And of course, they both remain on guard for fear of discovery. Taking on their new identities – their new lives – is not as easy as they would hope and here Perry injects into the story  touches of humor as well as moments of fantastic romantic chemistry.

Speaking of chemistry… when Henry/William thinks to himself “Hang the party” because he’s smooching Anna quite passionately and he’d rather stay home and “experiment on the desires that roared inside him“… I may have had to break out my fan! You’ll have to read it for context, but Henry makes a quite yummy leading man. Just sayin 🙂  And this line – “In that look, that moment, he said a hundred things…” had me swooning all over again for different reasons.

And that last chapter? For this book, make sure you have both your fan and a trusty handkerchief nearby.

“…you once said that there will come a time when we will be called upon to act in defense of the cause we believe in. That time has come, and we were made for it.”

Bottom Line: You need this book in your life. Particularly if you are first in line to buy Laura Frantz’s or Lori Benton’s books. (Side note: You can certainly this book as a stand-alone, but you will probably best appreciate it when read in the context of the previous two novels in this series.) In So Rare A Gift, Amber Lynn Perry takes a tumultuous period in history, a handful of heroes, a marriage of convenience, and a bad guy in need of some serious anger management and she weaves them beautifully into an exquisite story of hope and freedom and courage.  Inspiring us all to live truth fearlessly, these characters will be with me for a while yet to come. 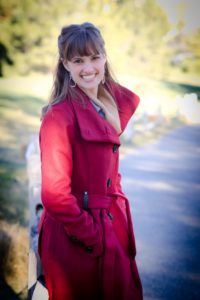 A Pacific Northwest native, Amber Lynn Perry lives in Washington state with her husband and two daughters. She studied humanities at Portland State University and graduated with a Bachelor’s degree focused on art history. As a homeschooling mom, Amber spends much of her time teaching everything from Shakespeare to science.

When she isn’t crafting with her kids, making dinner or driving to dance classes, Amber is either reading or writing about her favorite time in American history. The Revolutionary era has captured her imagination from the time she was in middle school. Through her books, Amber hopes to not only give readers a glimpse into the past, but to instill in them a lasting love of liberty.

Amber is giving away an ebook set of the first three books in the Daughters of His Kingdom series!!

Comment on this review by answering the question below and then head over to my interview with Amber Lynn Perry to claim 5 extra entries on the Rafflecopter form!

**Comments only count as entries if you claim them on the Rafflecopter form!**

What intrigues you most about this story? The marriage-of-convenience plot or the history?

38 responses to “Book Review (and a Giveaway!): So Rare a Gift by Amber Lynn Perry”