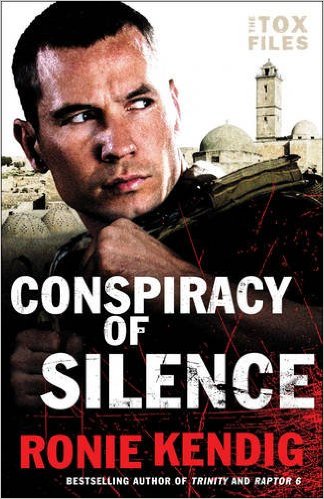 Four years after a tragic mission decimated his career and his team, Cole “Tox” Russell is persona non grata to the United States. And that’s fine–he just wants to be left alone. But when a dormant, centuries-old disease is unleashed, Tox is lured back into action.

Partnered with FBI agent Kasey Cortes, Tox has to pull together a team to begin a globe-spanning search for answers–and a cure. As their quest leads them from continent to continent, it slowly becomes clear they’re not just fighting a plague–but battling against an ancient secret society whose true goals remain hidden.

With time running out and opposition growing on every side, the key to everything may rest in an antique codex, the Crown of Jerusalem–but will Tox and his team be able to trust each other enough to break this century-spanning conspiracy of silence? 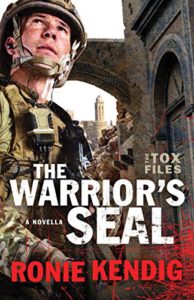 Buckle up for this read because a) you’ll be touching down in seven different countries before all is said and done and b) there’s a whole lot of edge-of-your-seat action and suspense – with a bit of Indiana Jones tossed in just to keep things interesting 😉 You won’t want to put down Conspiracy of Silence once you start it so make sure you’ve done as much as possible to achieve an interruption-free reading experience.

Kendig is the queen of fast-paced, nail-biting, authentic-feeling military/tactical action novels with fight scenes that leave you breathless and checking your own body for injuries after the dust settles. She also does a truly fantastic job of writing military characters – with realistic camaraderie, banter, stress, and reactions – while also keeping the language appropriate for a Christian-fiction-going audience. Her ability to convey team dynamics is quite simply superb. The romance is always deliciously lovely and full of great tension but it never strays into sappy.

In Conspiracy of Silence, Tox and his team of unique and intriguing characters race against a plague of Biblical proportions and fight against an organization that seems like something Harrison Ford and Sean Connery would have faced in The Last Crusade. Without giving anything away, one character in particular absolutely fascinates me and I am waiting eagerly to see what the rest of the series reveals about him. Not to mention all the questions surrounding this plague … Is it the same plague that wiped out several thousand Hebrews as recorded in the Bible? Is it just a reaction of modern air quality to ancient chemicals? And what about this possible fragment of the Aleppo Codex found with the artifacts?

For his own part, Tox is equally fascinating but for different reasons. A victim of tragic circumstances beyond his control, he takes a deal and disappears for several years. The reasons behind his return are compelling and layered and they add even more dimension to his character. His relationship with his team is complicated … his history with Kasey perhaps even more so … and his future is decidedly uncertain.

Bottom Line: If you’re a fan of Jason Bourne, Indiana Jones, or anything featuring a special forces unit, Conspiracy of Silence by Ronie Kendig belongs on your must-read list. The characters are vivid, each with their own story to tell, and the action scenes are riveting. The history, the theories, the mysterious Orders … all of these elements combine with everything I’ve already mentioned to make this a truly captivating novel. 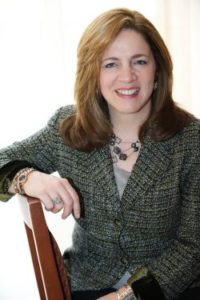 Ronie Kendig is an award-winning, bestselling author of a dozen novels. She grew up an Army brat. Now, she and her husband, an Army veteran, have an adventurous life in Northern Virginia with their children and a retired military working dog, VVolt N629. Ronie’s degree in Psychology has helped her pen novels of intense, raw characters.

Since launching onto the publishing scene in 2010, Ronie and Rapid-Fire Fiction novels have hit bestseller lists and garnered awards and critical acclaim.

Other Books by Ronie Kendig 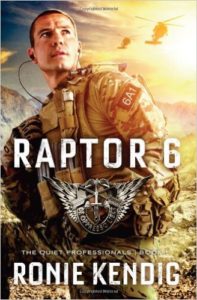 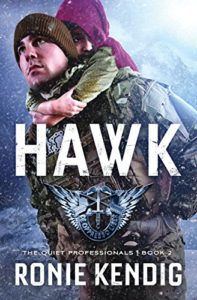 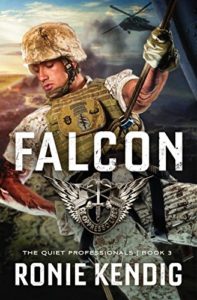 Make sure you check out the Conspiracy of Silence Readiness Giveaway from Ronie Kendig! 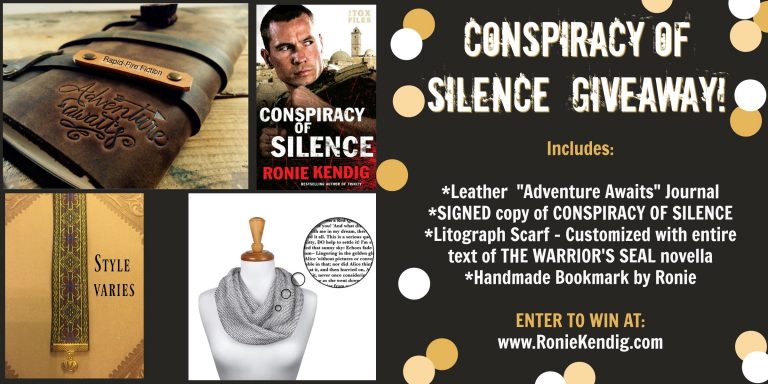 12 responses to “Book Review (and Giveaway!): Conspiracy of Silence by Ronie Kendig”